All the previews on the first episode of the program hosted by Licia Colò on Tv2000.

Licia Colo back to TV2000 with The world together for the 2022. Now in its ninth edition, the program is on air from November 27th, every Sunday at 15.15. Let’s see what are the topics addressed by the presenter in the first episode. 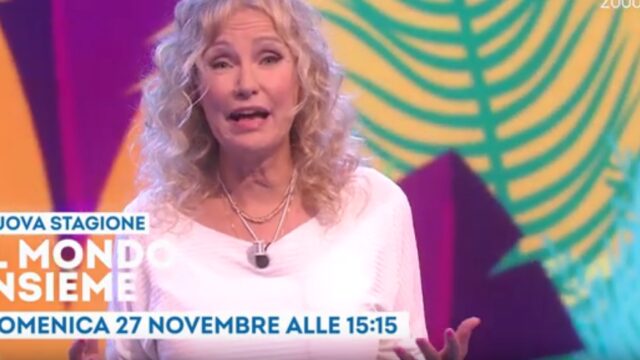 The world together 2022 topics of the first episode

There first episode of The world together 2022, opens with the following guests and topics. La Colò hosts a musician who makes objects play and creates musical instruments inspired by various countries. We will see later Fiji, the Icelandic Highlands and life fromdigital mountaineer” who prefers a return to those places that have been abandoned over time. We will also get to know the southern Chilean town founded in the last century by emigrated Modenese. And among the documentaries there are still Alti Tauri, the largest protected area in the Alps; Eleuthera, the island of freedom, Castagneto Carducci and Bolgheri, lands of poetry; La Digue, paradise of the Seychelles.

Nicholas Agus is a composer and multi-instrumentalist. Passionate about musical instruments and sounds, he manages to make any everyday object play. He builds musical instruments dedicated to various countries of the world. In the studio he will bring his melodies of him.

In the Sunday episode of The world together 2022there is also talk of Ant’s travels which present possible itineraries in various parts of the world with the guide of Alessandro Antonino.

The collaboration with the people of travelers and with those who prefer to discover the world comfortably seated in an armchair is always close. Licia Colo continues to welcome people who really know the world, by choice, by passion, by love, by faith. In a society where there is less and less space for positive news, the spotlight is turned on beautiful things and initiatives to improve the world, our common home: a common thread that binds both guests and reportages, with a careful eye to ideas and proposals that could be an example or inspiration.

The other guests of The world together 2022

Among the other guests of The world together 2022, there are Simon Mondino And Romina Manassero, on the social networks Iduevagamondi. These are two guys from the province of Cuneo who until a few years ago were travel photographers. Then the decision: stop traveling to move to the mountains, thus becoming “digital mountaineers”. In the studio they will talk about their mission: to push others to return to those middle lands that have been progressively abandoned in favor of the cities. Furthermore Leonardo Gerotto recounts his trip to Oceania, to the Fiji Islands.

To the web Riccardo Caffù, young dentist with a passion for popular tourist destinations, but lived in a totally anti-tourist key. First stop: the Icelandic highlands, distant lands that can be visited for a few months a year.

Finally the spouses Angelo Iubini And Mabel Floresin connection with their restaurant in Capitan Pastene, a town in southern Chile, founded in 1907 by 88 families who emigrated from the province of Modena.