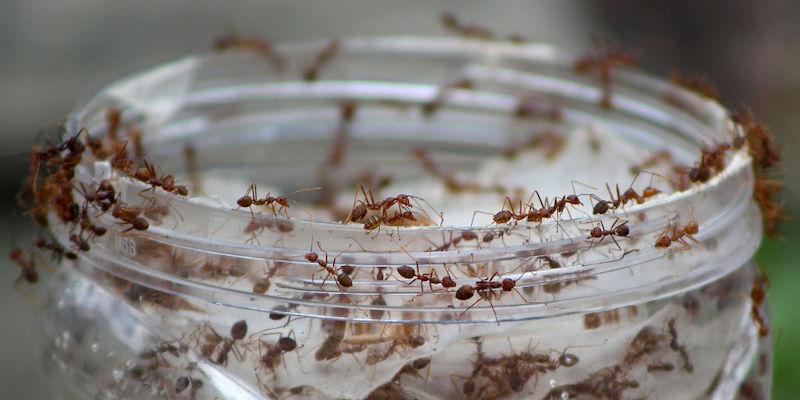 In an interview given to Esquire in 2009, the American myrmecologist Edward O. Wilson, an entomologist specializing in the study of ants, said that regardless of the natural environment, human culture and place (perhaps only with the exception of Antarctica and the north of the Arctic) ants are found everywhere. They live a little in each habitat and have a very important impact on the ecosystems they populate, for example by moving land, seeds and organic matter: for obvious reasons it is also particularly complicated to understand how many there may be on Earth.

A study conducted by a group of scientists from the University of Hong Kong, and based on the analysis of 489 analyzes on the ant population of all continents, however, tried to give a partial answer. He concluded that the world population of ants would be around 20 million billion individuals, a number difficult to even imagine: about 2.5 million for each person living on the planet.

According to the study, published Monday in the journal Proceedings of the National Academy of Sciencesthe combined mass of all ants living on the planet would be greater than that of currently existing birds and mammals combined.

– Read also: The invisible road that the ants follow

Patrick Schultheiss, first author of the study and currently a researcher at the German University of Würzburg, told al Washington Post that the amount of ants living on the planet “is unimaginable”. According to Schultheiss, so many ants “simply cannot be imagined.” To generally count them either you examine the easily observable colonies, or you place small traps and wait for them to arrive (over the years, scientists have done both one thing and another to collect data almost everywhere, with the exception of some areas of Africa and Asia).

The figure obtained by the researchers of the University of Hong Kong is precisely an estimate obtained by putting together the data observed by thousands of scientists in more than 1300 areas around the world, in the space of about 80 years. In fact, he explained to CNN Sabine Nooten, ecologist and co-author of the study, “we had no expectations of the number of ants we would find”, especially since the numbers that had previously been calculated in the scientific literature were “basically rough estimates”, based on a quantity of very limited empirical data and calculated with a reasonable margin of doubt.

Given the massive presence of ants in many types of habitats – especially in tropical and subtropical regions – the results of the study are inevitably incomplete, by the scientists’ own admission: for example, among the studies analyzed there were none that indicated the amount of ants living underground. The figure, however, is much higher than the estimates that circulated previously: a study carried out by Wilson in collaboration with the biologist Bert Hölldobler had vaguely placed the number between 1 and 10 million billion.

In recent years, entomologists have observed a sharp decline in the population of insects in various parts of the world, from Germany to Puerto Rico, attributed in part to the use of pesticides and in part to the loss of natural habitats or to other reasons linked to climate change. . This phenomenon has been dubbed “bugpocalypse”, literally “the apocalypse of insects”: according to a 2019 study, 40 percent of species, many of which are essential for our ecosystems, are at risk of extinction (others manage to adapt better to changes and to grow).

It is currently unclear whether the ant population is also declining, said Schultheiss, who however noted how changes in agriculture and logging can have a major impact on their population. However, figuring it out is one of the next goals of many scientists, Nooten confirmed.

Videogames entered his life in the late '80s, at the time of the first meeting with Super Mario Bros, and even today they make it a permanent part, after almost 30 years. Pros and defects: he manages to finish Super Mario Bros in less than 5 minutes but he has never finished Final Fight with a credit ... he's still trying.
Previous Juve, it rains in the wet: the last ones on the defender
Next Let the Right One In: the new tv series SHOWTIME – Tv series