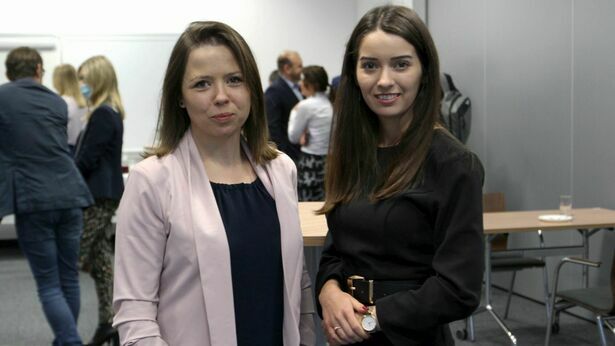 They already have business ideas. Now they are fighting for millions of dollars in subsidies

Applications facilitating lending to farms, innovative environmentally friendly materials, educational bots for sellers, new types of drugs and cosmetics – these are only some of the activities of new companies supported by the Puławy Science and Technology Park. On Tuesday, the owners of 12 startups presented their business ideas and answered difficult questions from experts, fighting for their positive recommendations. This is a condition for applying for the most important, i.e. millions of dollars, subsidies from PARP.

Before young entrepreneurs stood on the stage to defend their business plans, they honed them together with the so-called incubation managers from PPNT.

– All these ideas were supported by consultations, for the last six months we helped their authors to conduct scientific research, we offered a number of services refining the products they are working on – explains Tomasz Szymajda, president of the Puławy technopark. This method of supporting new businesses is paying off. – It has been received by us since 2018

over 2,000 business ideas which have resulted in the emergence of over 270 commercial law companies. Most of them stay with us in Puławy.

Among the twelve taking part in the current WAB (Eastern Business Accelerator) round, there was i.a. Mementor. – It’s a bot that simulates the client. By using the algorithms we have developed, it allows you to teach salespeople the right approach. Our application develops their sales skills and teaches them how to properly conduct a conversation – says Karol Froń, one of the co-owners of Mementor.

The new IT tool for farmers was developed by Łukasz Czech from Królewski Dwór near Parczewo: – We want to enable farmers to obtain information about their potential creditworthiness quickly and easily. Our application, based on the data received from the client, is able to calculate within 15 minutes whether a given farmer will receive a loan or not – says the owner of the AgroWe company.

In turn, Piotr Dmuchowski from Princess Tree Analytics offers companies a tool that will allow them to check, among others their carbon footprint and other components of the environmental impact of a given company. – It is a cheap and safe aggregator for collecting data from companies that can reach big players on the financial market. We constantly refine our models by acquiring scientific partners. We also see interest from think tanks promoting environmental issues, says the originator. As he emphasizes, in the event of success, the company will stay in Puławy and pay taxes here.

Specialists in cosmetics and medicinal products from Podkarpacie also try to get capital for development. – We invented a new ingredient, a raw material that can be added to cosmetics or medicines. The test carried out on the cells confirmed its effectiveness. Our ingredient regulates the skin microbiome, helping people suffering from, among others, for psoriasis – says Magdalena Biesiadecka, microbiologist, co-owner of Orcideo.

Other young entrepreneurs who are working on innovative solutions for various industries also took part in Tuesday’s auditions. We should find out which of them will receive a million PLN from PARP in the first quarter of next year. Importantly, a subsidy from an agency is not the only way to raise money. Well-known capital funds are also watching startups from the Puławy technopark.

He likes dogs, pizza and popcorn. Already a fanboy of Nintendo and Sony, but today throws anything. He has collaborated on sites and magazines such as GameBlast, Nintendo World, Hero and Portal Pop, but today is dedicated exclusively to Spark Chronicles.
Previous Lukashenko wants to ask Putin for nuclear weapons for Belarus. “The most effective”
Next Genesis is not letting go of the luxury limousine segment. The new G90 already shines in the pictures