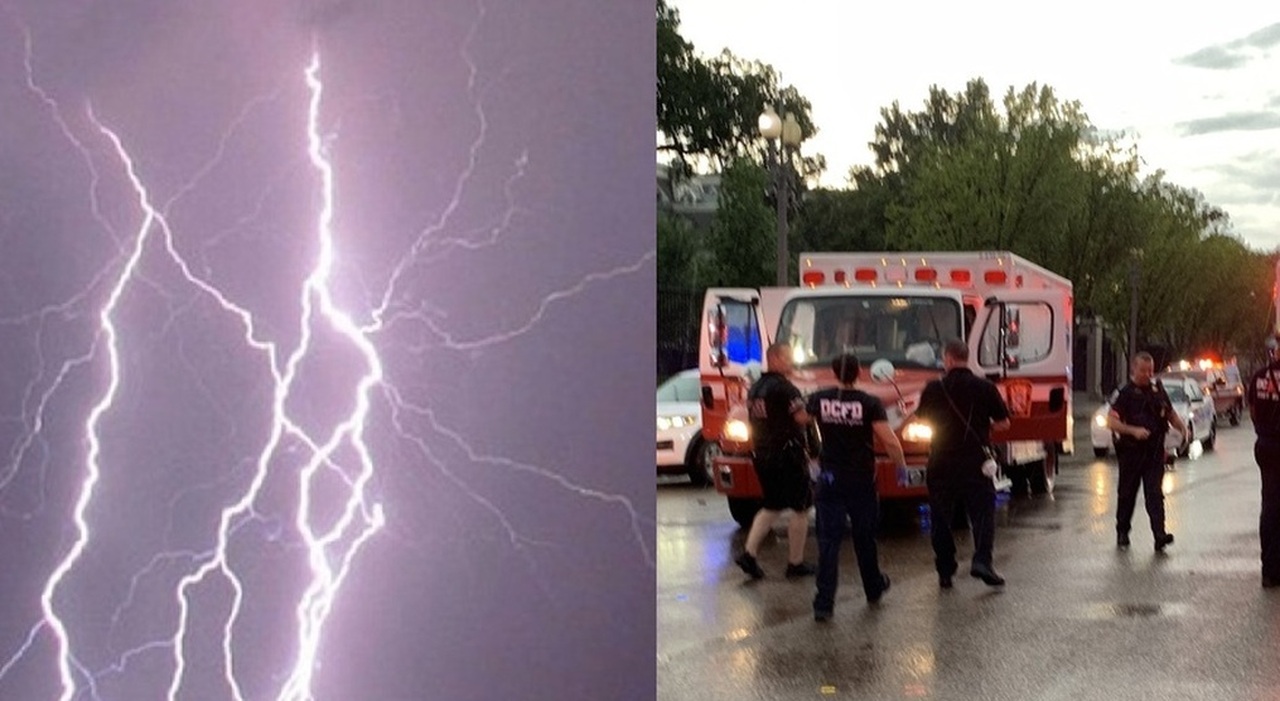 they had taken refuge under the tree

A Wisconsin couple on vacation in Washington were killed by lightning while visiting Lafayette Park, in front of the White House. Two other people were injured. It happened on Thursday 4 August during a strong storm that hit the American capital.

According to the city firefighters, the 4 were in the park just before 7pm on Thursday 4 August when a violent storm broke out and probably ran under a tree to shelter from the rain. An unfortunate choice: shortly after they were struck by lightning.

The firefighters and US intelligence men present in the area as well as the local police came to their aid. The police are investigating to reconstruct the exact dynamics of the incident.

The storm alert in Washington

Yesterday, August 4, the city of Washington was hit by a violent thunderstorm just before 7pm. The National Weather Service issued a time alert throughout much of the Beltway area between 6:30 pm and 7:15 pm, warning of the threat of gusts of wind and hail.

According to the Washinghton Post, Chris Vagasky, analyst from Vaisala, from the National Lightning Monitoring Network, said there was a “6-strike flash near the White House that hit the same spot on the ground” at 6:49 pm. He explained that it means six single spikes of electricity hit the same spot on the ground within half a second. The storms unleashed strong gusts of wind that dropped trees around Winchester, Columbia and Baltimore, and widespread power outages were reported.

In the United States lightning kills about 23 people a year. So far in 2022 they have claimed nine lives.

Videogames entered his life in the late '80s, at the time of the first meeting with Super Mario Bros, and even today they make it a permanent part, after almost 30 years. Pros and defects: he manages to finish Super Mario Bros in less than 5 minutes but he has never finished Final Fight with a credit ... he's still trying.
Previous the Ligurians are looking for another goalkeeper
Next Megan Fox Asks If She And Kourtney Kardashian Should Join OnlyFans After Sharing Photos Of Skims