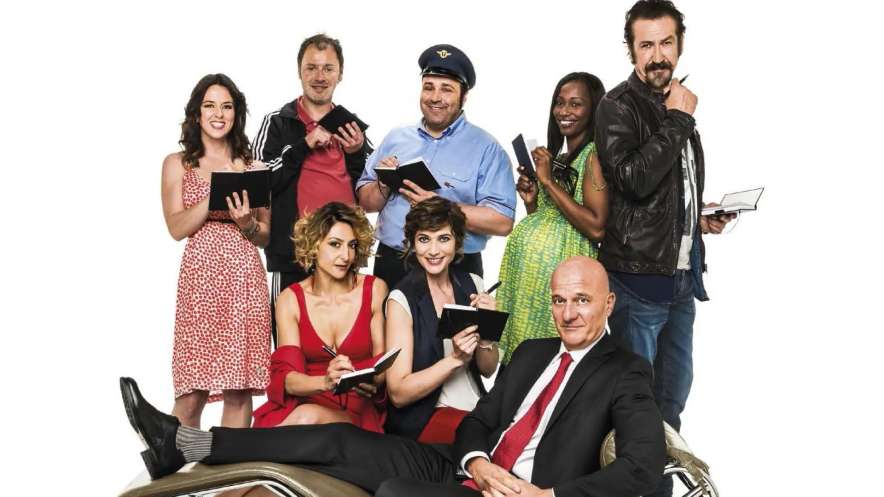 Confused and happy
Comedy by Massimiliano Bruno with Claudio Bisio, Marco Giallini and Anna Foglietta. When a depressed therapist quits his job, patients decide to give him the joy of living again.
(SKY CINEMA UNO HD at 21.15/channel 301)

A life on the run
Sean Penn directs and co-stars with daughter Dylan in John Vogel biopic. The double life of America’s most famous and elusive con man, told from his daughter’s point of view.
(SKY CINEMA DUE HD at 21.15/channel 302)

Little Lord
Rick Schroder and Alec Guinness in the famous film based on the novel by Frances H. Burnett. An elderly English nobleman names his American nephew his heir and invites him to his castle to educate him.
(SKY CINEMA COLLECTION HD at 21.15/channel 303)

Journey to the Center of the Earth
Brendan Fraser in the remake of a classic from the 50s. Three explorers go under the earth’s surface to discover an unknown kingdom, inhabited by menacing creatures.
(SKY CINEMA FAMILY HD at 21.00/channel 304)

UNCLE operation
Spy-comedy by Guy Ritchie with Henry Cavill and Alicia Vikander. During the Cold War, a CIA agent collaborates with a colleague from the KGB to bring down a criminal organization.
(SKY CINEMA ACTION HD at 21.00/channel 305)

Appearances
Noir between love and jealousy from the novel by Karin Alvtegen. The quiet life of a French couple in Vienna changes drastically when he falls in love with his son’s teacher.
(SKY CINEMA SUSPENCE HD at 21.00/channel 306)

Exhale
An Oscar for melodrama with Keira Knightley, James McAvoy and Saoirse Ronan. A girl accuses her sister’s innocent boyfriend of rape: a crime for which she won’t give up.
(SKY CINEMA ROMANCE HD at 21.00/channel 307)

The Catholic school
Based on the novel by Edoardo Albinati, winner of the Strega Prize, Stefano Mordini directs Valeria Golino, Riccardo Scamarcio and Benedetta Porcaroli in the film that traces the Circeo massacre.
(SKY CINEMA DRAMA HD at 21.00/channel 308)

The coach in the ball 2
Sequel to the famous comedy with Lino Banfi in the role of mister Oronzo Cana’ which brings the Longobarda back to Serie A. Among the excellent appearances: Del Piero, Gattuso, Materazzi and Totti.-
(SKY CINEMA COMEDY HD at 21.00/channel 309)

The Tourist
Thriller with Johnny Depp, Angelina Jolie and Paul Bettany. In Italy to overcome a love crisis, an American meets a woman who involves him in a web of deadly dangers.
(SKY CINEMA UNO +24 HD at 21.15/channel 310)

Hope
Stellan Skarsgard in a touching film on the theme of the disease. A theater director discovers she has only a few months to live and faces the tragic news of her with her family.
(SKY CINEMA DUE +24 HD at 21.15/channel 311)

Inception
4 Oscars to Christopher Nolan’s action visionary with Leonardo DiCaprio. A man capable of entering other people’s dreams receives a delicate assignment from an industrialist.
(SKY CINEMA 4K at 21.15/channel 313)

David Martin is the lead editor for Spark Chronicles. David has been working as a freelance journalist.
Previous The Whale – Brendan Fraser will touch your heart in the new full trailer of the film
Next 4 finals in 7 editions