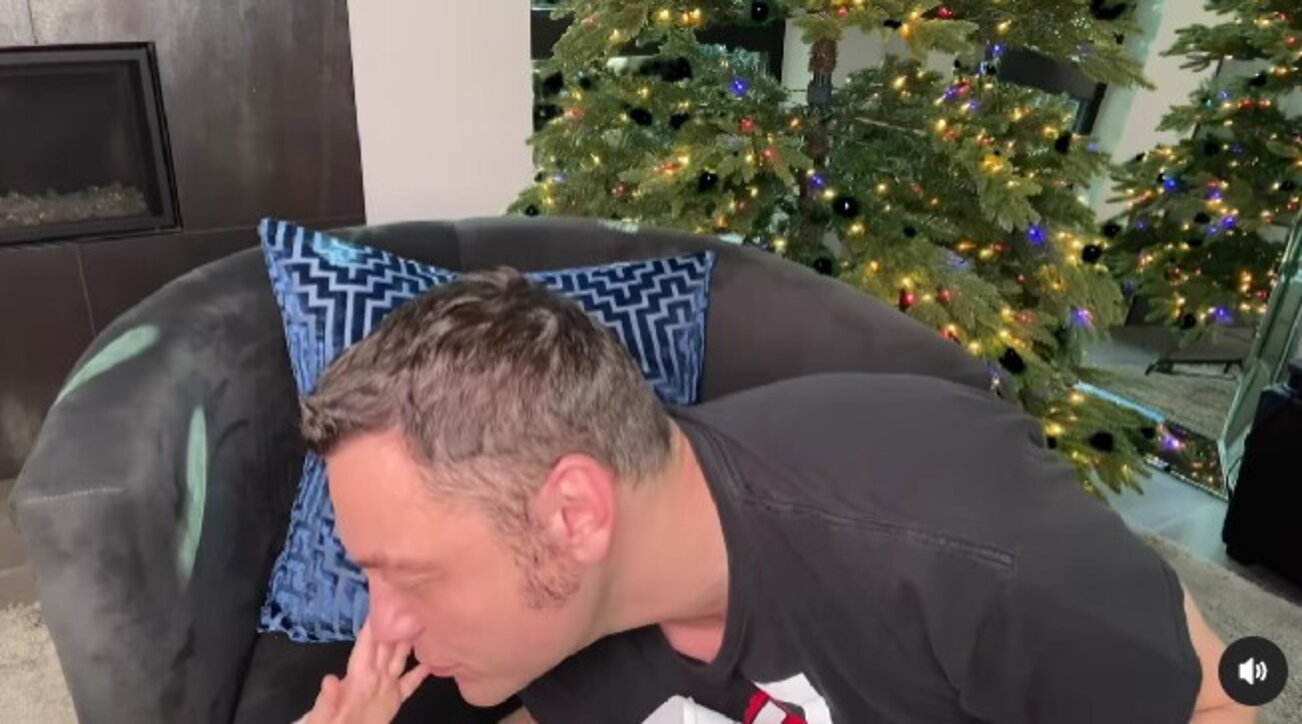 The singer-songwriter was attempting to record a video interview to promote his latest record ‘The World Is Ours’. Next to him is little Margherita, of whom only nice squeals and lallations can be heard in the background and her little hand can be glimpsed. The singer-songwriter’s constant attempts to start a conversation are useless, always interrupted by her daughter, who tries to repeat her words and makes strange verses, often making him burst out laughing.

A fun and exciting video, which shows for the first time Tiziano Ferro in the unedited version of a father grappling with his little star, as he himself defines it accompanying the clip.

Many comments among Ferro’s followers and colleagues: “I feel bad,” wrote the singer Emma Brown. “My heart explodes,” he adds Madame. He echoes her Paola Lezzi with “I melt”. “She wants to dub you this time,” she says instead Laura Pausini, “The sweetness”, is what he writes Aurora Ramazzotti, who will soon be a mother.

Not even a month ago Ferro had shared another exciting video in which his two children, sitting in an armchair, saw him on television for the first time, calling him dad: “Dad, dad, dad. There is all the sense of my life behind this word spoken so innocently, so sweetly.
If it is true that respect is the highest form of love then I tell you that these two dwarfs thank you too. Because they respected dad’s distance and you took care of him while he was away, so that he could feel welcomed and loved like never before. We love you…”, wrote the singer-songwriter, also causing a rain on that occasion of emotional comments from followers and colleagues.

Tiziano Ferro has become a father
Ferro had announced the arrival of Margherita and Andres, 9 and 4 months, last February with a post on Instagram and a photo in which she holds the two children in her arms while her husband Victor Allen embraces them all threesome: “Two phone calls they made the happiest man in the world. The first a few months ago: a girl. The second a few weeks later: this time a boy. I became a dad, and I want to introduce you to these two 9 and 4 month old marvels. Margherita and Andres, your life has just begun. But ours too”, wrote the singer-songwriter: “For me and Victor, the parenting experience represents the highest of honours, the most demanding of duties. Which we will face with love, attention, tenderness and dedication.
We understand and accept the curiosity that reigns around us, but we ask you to respect the confidentiality of Margherita and Andres.
We will take care of our children, protecting them and preserving their privacy as best we can.
Only they will decide “when” – and above all “if” – to share the story of their life, it is right that they know it before the rest of the world. It is an unquestionable right. Thanks for the love and understanding always. We love you!”, she concluded.

Last September Ferro spoke again about Margherita and Andres during an interview with Rolling Stone, where he confessed that he will not give them Italian passports. In fact, her husband Victor Allen cannot appear on the document. “They would only have disadvantages, they would be entitled to half the parental protection if they were sick, only I could go to the emergency room. It’s aberrant. Beyond agreeing or not, morals, a sense of guilt built at the table , I’ve always thought that my rights don’t take anything away from those of others. When this thing takes on a face, which is that of your children, that’s when it hurts you. That’s why I haven’t issued them an Italian passport yet, even if they have the right. Maybe I’ll do it later, or they will do it. Just letting them enter with Italian passports would have only disadvantages, while as Americans I’m calm. I know that, if I come on tour, Victor can take care of them… It’s something that it may seem stupid, but instead it makes me suffer like hell”.

Then he added: “In 2019 I began a long journey to have Margherita and Andres, it certainly wasn’t a walk in the park, I won’t explain which way, but the truth is that any way is tiring”.

David Martin is the lead editor for Spark Chronicles. David has been working as a freelance journalist.
Previous Helmet 2023: Michelle Pfeiffer’s Blunt Bob
Next Doctor Strange 2, Benedict Cumberbatch on the relationship with Christine Palmer: “It’s over”