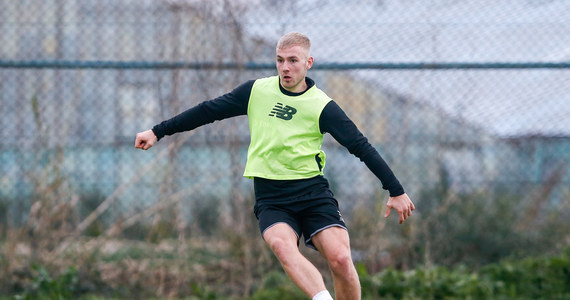 Some wise person recently said that once we had a problem with the lack of information (for example, “Przegląd Sportowy” with the results of weekend matches was available in the Tri-City on Tuesday), today we have a problem with the excess of information. A classic example of excessive accumulation of information stimuli is the news about the potential transfer of a Lechia Gdańsk player to the Turkish Super Lig club – Sivasspor. In fact, no dry information is available in the media, but much more. On one of the websites, which cites Turkish sources, you can read that the matter is practically a foregone conclusion and that the clubs concerned have already reached an agreement. The Turkish fans did not have to be repeated twice, they have hot heads, so they are practically considering how the 22-year-old midfielder will fit into their team. By the way, they recall the figure of Kamil Grosicki, who played for their colors.

Some Lechia fans are also bathed in equally hot water. They have actually already “booked” the influence that will be credited to the money of Gdańsk residents after Makowski’s transfer. Especially that the player is currently preparing for the spring round on the Turkish Riviera together with the Polish team. The Sivassporu stadium is “only” 800 kilometers away from Lara and the “Titanic” hotel.

Meanwhile, at the time of writing these words, the truth is quite different. In the club in Gdańsk, we learned that no offer from Turkey had been received, and it would be difficult to reach an agreement if there was no official offer. In turn, the information from the footballer’s environment is that talks about a possible extension of the contract with Lechia (the current one is ending at the end of the season) are slow and very far to the details.

These are the facts for now. Time is not too much, if Lechia Gdańsk wants to earn something more than the “bare” equivalent for training a player who will be entitled to it in the summer, it has to sell the midfielder in the winter transfer window. This is another variant of this situation, in accordance with the regulations in force, Makowski can sign a contract with any club, which will be in force from 1 July. Lechia Gdańsk does not need to know about this fact.

Of course, it is possible that the events will accelerate and Makowski will not return to Gdańsk from the Lara camp, but will stay in Turkey to join Sivasspor. If this happens, he will repeat the maneuver that happened to another Lechia player almost exactly two years ago. Then Daniel Łukasik from the training camp in Belek did not return with the team to Gdańsk, but stayed on the Bosphorus to tie up with Ankaraguc, where he plays to this day. During the joint game in Lechia Gdańsk, both players were confused by commentators due to the similar appearance, hair color and t-shirt numbers (35 – Łukasik, 36 – Makowski). After “Miłego” left, it was Makowski who took over his role in Lechia’s team as a defensive midfielder. If now he actually goes to the Turkish club in the winter break, Makowski will follow in the footsteps of Daniel Łukasik for the first time.

Perhaps something will change in the topic of Lechia’s midfielder’s transition to the Turkish club today. At 17.30 (15.30 Polish time) in the first sparring this year they will play against the Romanian club from Botoshan.

David Martin is the lead editor for Spark Chronicles. David has been working as a freelance journalist.
Previous The Germans go to Poland for petrol. German police announce action
Next Spain. A hungry badger was looking for food, he discovered hundreds of ancient coins by accident