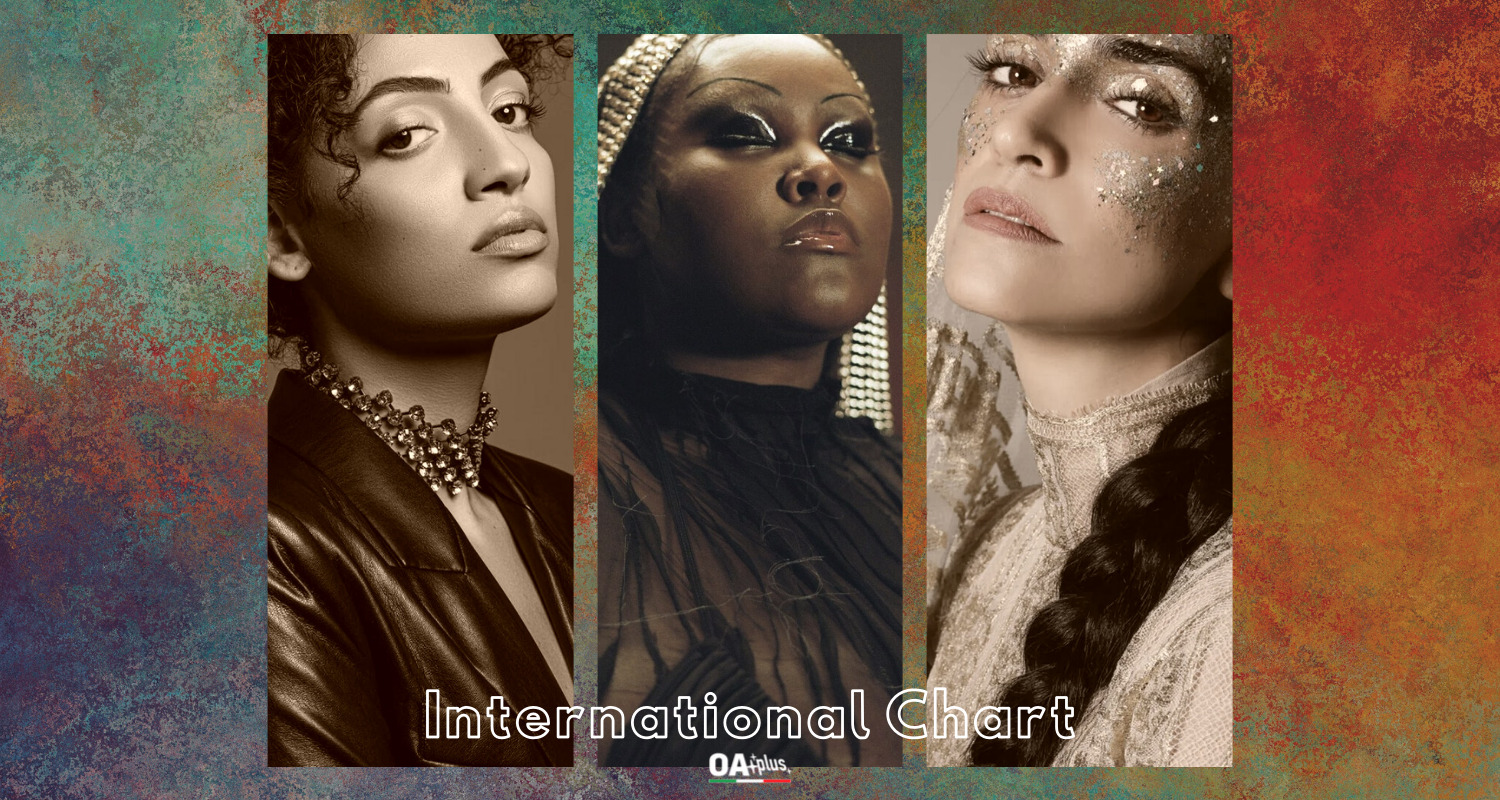 Welcome back to the 25th appointment of the new year with OA Plus International Chartthe week parade of the best international songs chosen internally by OA Plus editorial team.

This week new TOP 20 with a series of female singers and songwriters with a strong character, some prominent names on the world scene including brothers oasis with their solo careers, plus some new stuff.

Open the rankingWoman Life Freedom” the hymn dedicated to Iranian women by the Dutch singer but of Iranian origin Sevdaliza.

The nineteenth position sees the splendid voice of Ukraine Jamalawinner of theEurovision Song Contest 2016. “Be brave, be different” is part of the new EP.

A surprising duo made up of two icons of blues-pop with different approaches and generations arrives in our ranking: Norah Jones And Mavis Staples they give us “Friendships“, taken from the podcast “Norah Jones is Playing Along”.

At position #15 the sensual and visceral soul of the enigmatic Q with his new single “Today“.

The r’n’b singer comes in fourteenth place Dram who has just released the new album “What Had Happened Was” which also contains the song “Let me see your phone“.

From the first to the thirteenth position, diving, the sophistication suspended between classicism and tradition of singer-songwriter Tamino and his”You Don’t Own Me“, taken from the wonderful album “Sahar“. In the video an intense choreography by Sidi Larbi Cherkaoui.

It arrives in our ranking at position #12 “I felt a Funeral, in my Brain” the musical transposition of a poem by Emily Dickinson edited by Andrew Bird with the participation of the singer Phoebe Bridgerstaken from the album “Inside Problems”

In sixteenth position SYM file aka Brian Fennell with shares with the band Lucius the single “Howling” which anticipates the release of the new album album “The Day My Father Died” scheduled for February 3, 2023.

At position #15, straight from the movie”Wildcat“, the masterpiece “A Sky Like I’ve Never Seen” which sees the band from Seattle Fleet Foxes collaborate with the Brazilian singer-songwriter Tim Bernardes for a piece with a highly evocative flavour.

The Afro-Cuban-French duo comes in fourteenth place Ibeyi composed of the twins Lisa-Kainde and Naomi Diaz who for the platform Colors gives us an original interpretation of their song “Juice of mandarins“.

The unreleased single dei Queen with the unique voice of the unforgettable Freddie Mercury: “Face It Alone” is a song originally recorded during the band’s historic 1988 sessions for the album “Miracle”, which is now being re-released in a box set full of surprises.

The dreamy acoustic dimension of the young English singer-songwriter Matt Maltese earns 2 places in the charts with the new single “Mother“.

⬇️ #6 LIAM GALLAGHER – TOO GOOD FOR GIVING UP

Downhill instead Liam Gallagher which extracts from the beautiful album “C’Mon You Know“, released a few months ago, the emotional ballad “Too good for giving up” in favor of the English association Talk Club dedicated to supporting mental health and suicide prevention.

At position #5 the delicate and dreamy “Pajarito hummingbird” of the Mexican singer Natalia Lafourcade. The song is taken from the new album “Of all the flowers“.

The powerful, mysterious and symphonic stops in fourth place “melodrame” by the Belgian singer and dancer, as well as the representative of Belgium at the Eurovision Song Contest 2015, Loïc Nottet who also takes care of the fascinating choreography of the video.

Up 9 places this week the enchanting Lirazin third position with the single “Roya“, full of suggestions and sound quotations and dedicated to Iranian women. The song gives the title to the new album of the Israeli singer.

Silver Medal So Long To You · SABRI album Actually, I Can

The French artist earns the podium this week Yseult with “I love you”a ballad with great pathos sung with great skill and transport.

Here are all the songs in ours Spotify playlists of the week. Happy listening!

David Martin is the lead editor for Spark Chronicles. David has been working as a freelance journalist.
Previous NBA 2k Playgrounds 2 PC Game Download Free Full Version
Next In Netflix Wednesday there is a familiar face of Death Stranding