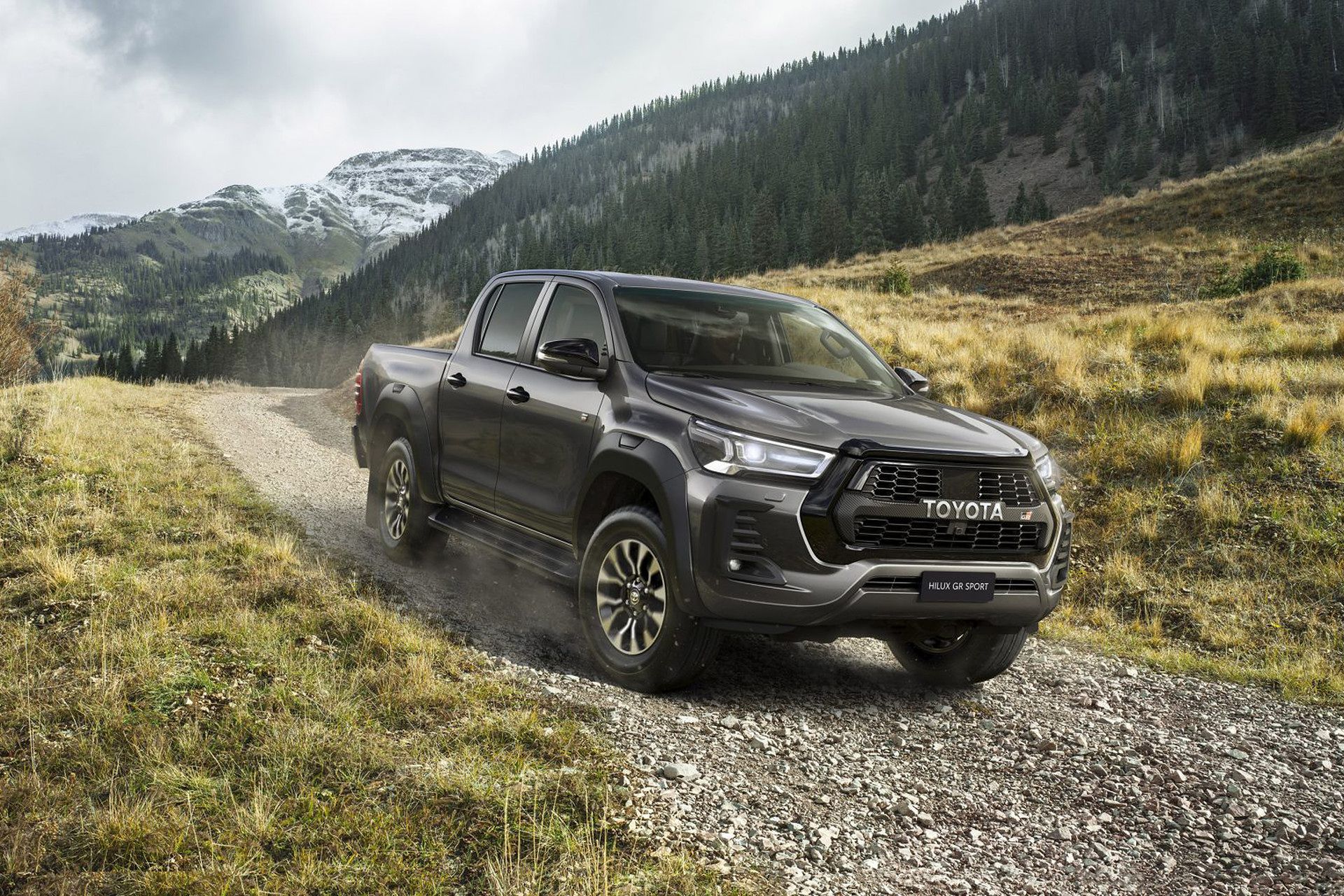 Another Toyota model joins the GR Sport line. We are talking about the new Hilux, which will see a sharper variant. There is still some time until the market debut, but the manufacturer has already boasted of all the details.

The GR Sport version is inspired by the brand’s successes in motorsport, including off-road rallies such as the iconic Dakar. Toyota designers have made every effort to add more character to the exterior. Hence the aerodynamic package, a revised kidney grille and accessories such as an additional cover under the engine.

The engine itself is a well-known 2.8 liter generating diesel 204 PS of power and 500 Nm of maximum torque. A 6-speed automatic transmission and a limited slip differential are responsible for the all-wheel drive. There is also Active Traction Control on board and a suspension with revised settings for better off-road behavior.

GR Sport version got completely new shock absorbers and springs, more durable leaf springs and bushings adapted to carrying higher loads. All this, combined with a more direct steering system, is to ensure confident handling even in the most difficult conditions.

– & hairsp; Toyota Hilux has a legendary reputation for being tough and reliable. This applies not only to our rally car, but also to road cars, including the GR Sport version. The new model, which is inspired by our Dakar Rally cars, offers an even higher level of driving experience, both on and off-road. You can feel the spirit of sporting competition in it, thanks to which customers all over the world can taste the atmosphere of the Dakar Rally – this is about the Hilux GR Sport says Nasser Al-Attiyah, Toyota Gazoo Racing driver, multiple world champion in off-road rallies and three-time winner of the Dakar Rally.

More sport can also be found in the cabin trimmed with synthetic suede with red stitching. There are also aluminum pedals, seats with improved side support, and even carbon fiber inserts.

Noteworthy, despite its sharper character, the GR Sport version still boasts parameters worthy of a real pickup truck. We are talking about a capacity of one ton and the possibility of towing a trailer weighing 3.5 tons.

The first Hilux GR Sport models have to appear in showrooms in the summer of 2022. Prices remain unknown for now. It is known, however, that the equipment will be rich & hairsp; – & hairsp; to be based on the highest existing specifications.

The variety offered by video games never ceases to amaze him. He loves OutRun's drifting as well as the contemplative walks of Dear Esther. Immersing himself in other worlds is an incomparable feeling for him: he understood it by playing for the first time in Shenmue.
Previous 64 MP camera and 90 Hz screen
Next PKO Ekstraklasa: Dominik Hładun is leaving Zagłębie Lubin. Jasmin Buric’s great comeback