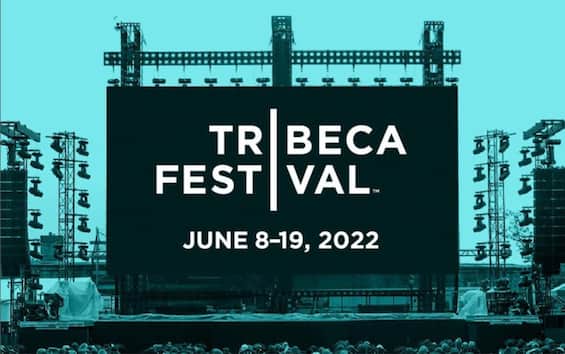 Tribeca 2022, everything you need to know about the New York film festival

The prestigious New York film festival, conceived by Robert de Niro, is about to return. We are talking about the Tribeca Film Festivalto be held from 8 to 19 June next. Only a few days ago all the feature films, short films and documentaries selected for the twenty-first edition of the event were listed.

Dear CusumanoTribeca’s director and vice president of programming, announced the presence of 43 short filmsi, from 25 different countries, and of 111 feature filmscreated by 151 different directors, 50 of which are making their festival debut.

Jennifer Lopez, announced the release of the documentary Halftime

Jennifer Lopez will open the dances of Tribeca 2022 with the preview of Halftime, the documentary directed by Amanda Micheli for Netflix. The project is focused on the life of Jennifer Lopez and her personal reflections. The superstar talks about himself without reservations, talking about his evolution as an artist and his “second half”. The documentary will be presented on June 8 at the United Palace in Washington Heights.

The director, Amanda Micheli said she was “Absolutely enthusiastic. It is an honor for me to open the Tribeca Film Festival. This is also an occasion to celebrate Jennifer’s life and career, who has come so far to achieve success. It’s a dream come true.”

The Tribeca 2022 feature film schedule includes ten categories and presents 111 feature films, 16 online premieres by 151 directors in 40 countries around the world. The ladder includes 88 world premieres, 2 international premieres, 7 North American premieres, 2 US premieres and 11 New York premieres. There are 32 directors returning to Tribeca with their latest projects and 50 first-time directors. More than 64% (81) of feature films are directed by female directors, BIPOC and LGBTQ+: 46% (58) are female filmmakers, 34% (43) BIPOC filmmakers, and 8% (10) LGBTQ+ filmmakers.

Movies not to be missed

Documentaries not to be missed

Halftimethe documentary on the life of Jennifer Lopez, is certainly the most anticipated project of Tribeca 2022. But there are many documentaries that will alternate during the film festival: the world premieres of After Selmadirected by Sam Pollard and Geeta Gandbhir; All Man: The International Male Story narrated by Matt Bomer; Angelheaded Hipster: The Songs of Marc Bolan & T. Rexa music documentary celebrating the life and work of glam rock pioneer Marc Bolan with U2; Joan Jett with Ringo Starr, Nick Cave, Hal Willner and David Bowie; Parts of the body with Jane Fonda and Rose McGowan; It Ain’t Over, about the life and times of Yankee Yogi Berra with Joe Torre, Derek Jeter, Don Mattingly, Bob Costas, Vin Scully and Billy Crystal; The Rebellious Life of Mrs. Rosa Parks; rude! At Documentomusicalthe documentary on Rudy Giuliani; Turn Every Page – The Adventures of Robert Caro and Robert Gottliebdirected by Lizzie Gottlieb starring Pulitzer Prize-winning author Robert Caro, Robert Gottlieb, Ethan Hawke, Conan O’Brien, David Remnick, Bill Clinton and Majora Carter; The Wild One narrated by Willem Dafoe; The YouTube Effect directed and written by Alex Winter; and more.

This year the Tribeca offers a series of live events and talks. Grammy Award-winning rapper Lil Baby will perform following the world premiere of Untrapped: The Story of Lil Baby; Colson Baker (Machine Gun Kelly) will make a special appearance after the tour Taurus; and Of Monsters and Men will perform following the tour TÍU. Among the many appearances and talks, the Festival will also host members of the WNBA’s New York Liberty team, following the premiere of unfinished business; LeVar Burton will speak about the importance of children’s literacy following the screening of Butterfly in the Sky.

The festival will conclude its twenty-first edition with the world premiere of the documentary Loudmouth, written and directed by Josh Alexander. The protagonist of the audiovisual project, the Reverend Al Sharpton, who was at the center of a heated debate on racial issues in the late 80s, will intervene in the talk organized after the end of the screening. “This year’s program makes us really proud – said the director of Tribeca, Cara Cusumano, – the official selections have once again reminded us of the importance of independent cinema.”

David Martin is the lead editor for Spark Chronicles. David has been working as a freelance journalist.
Previous Ed Sheeran’s wife, who she is and what she does
Next Resident Evil Day is coming to Prime Video on May 28