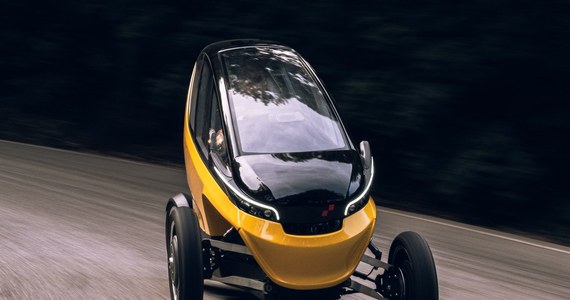 Triggo in Singapore. Will the Polish vehicle conquer the roads of Asia?

Management Triggo SA. concluded a contract for the implementation of pilot tests in Singapore. The recipient of the vehicle is the local rescue and order services. The company informs that the pilot in Singapore is commercial in nature and will last no less than the end of March 2022, and the first vehicle is already in place!

The party to the contract is Hope Technik – an engineering company cooperating with HTX (Home Team Science), the science and technology agenda of the Singaporean government. HTX is responsible for implementing new technological solutions for the needs of public services. Hope Technik deals with the development and adaptation of automotive, aerospace and robotics products, mainly for public customers in Southeast Asia.

“The vehicle testing in Singapore is a milestone in our strategic goals due to the absorbency and attractiveness of the Asian market. We are pleased to be offered cooperation by HTX, the technology agenda of the Singaporean government. The Triggo prototype is already being tested. of the agreement, it is possible to undertake long-term cooperation in the future, including the direct sale of the vehicle or a paid license by the company “- says Rafał Budweil, President of the Management Board of Triggo SA

The Singapore partner proposed the use of the vehicle within the so-called “Blue Light Services“. The first mission of the vehicle will be”Fire Fighting First Responder“that is, a vehicle for a rescuer who goes to the scene first and provides assistance to the most needy. According to the assumptions, Triggo will replace the two-wheelers used in this role.

Another use for Triggo is “Community Policing Vehicle“, i.e. a police car of law enforcement services. Thanks to its high efficiency in intensive traffic and dense buildings, officers using Triggo can oversee much larger areas and get to the place of intervention faster.

We remind you that Triggo It owes its capabilities to a chassis structure with variable geometry, which is unique in the world. This solution is the subject of over 40 international patentsowned by the company. Interest on the part of HTX prompted Triggo SA to become interested in the public service market and resulted in, inter alia, opening a dedicated representative office of the company on the premises Horiba-Mira Technology Park in Great Britain.

The key element of the company’s strategy, however, remains the market of transport sharing services. The company is developing an innovative “Car in five minutes” service, which will enable an application to order a vehicle to a given address, where it will be delivered by a remote operator within a few minutes. This functionality has been piloted in Great Britain for several weeks.

“In the third quarter of this year, we started the first pilot of the vehicle in Great Britain. One of the prototypes of the prototype series is moving around the smart city of Milton-Keynes near London using a remote control system. The system was provided by our partner, Imperium Drive. The vehicle is steered. he is from Warsaw and Berlin, among others. The tests are successful and confirm the correctness of our solutions. ” – adds Rafał Budweil.

The variety offered by video games never ceases to amaze him. He loves OutRun's drifting as well as the contemplative walks of Dear Esther. Immersing himself in other worlds is an incomparable feeling for him: he understood it by playing for the first time in Shenmue.
Previous Vivo Y76 5G – a cheap 5G medium with a 50 Mpix camera and 44 W charging
Next Alekxander Zverev and Sophia Thomalla are a couple. It will be a turbulent relationship …