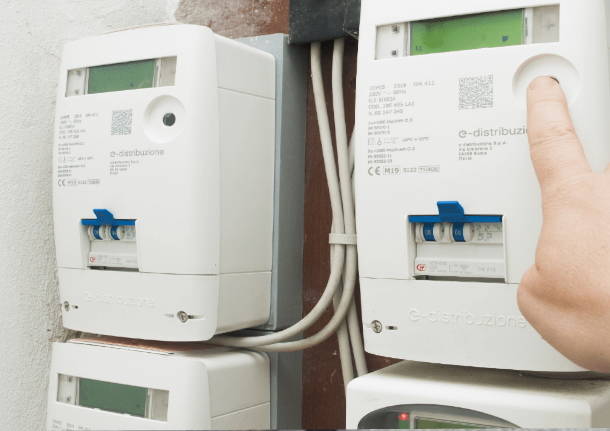 Triple bill, Varese entrepreneur has to pay 2.5 million. The prefect writes to the Government: “Worrying situation”

The alarm cry of the Varese entrepreneurs for the literally crazy energy prices does not leave the prefect of Varese indifferent Salvatore Pasquariellowhich this morning invited all the representatives of business associations and professions, trade and crafts but also workers’ unions, to a confrontation at Villa Recalcati.

The meeting in the prefecture on expensive energy 4 of 10

«An initiative – said the prefect – which arises from the widespread concern for the problems linked to the increase in the price of energy and its economic, social but also security implications. I recently met the owner of a foundry who, in addition to the economic and financial impact that is having repercussions on manufacturing companies and in particular on “energy-intensive” ones, expressed to me very serious concerns for the safety of the plants: companies such as foundries and others that work in a continuous cycle cannot be stopped without serious repercussions on the safety of the plants and, in the event of a power failure, it must be ensured that no events, such as explosions, explosions or fires, occur that could compromise the public security”.

The case of the entrepreneur cited by the prefect is emblematic: the cost of energy in 2021 was for his company about 960 thousand euros. In 2022, in the face of a lower use of energy, the bill went up to 2 million and 428 thousand euros, with a total increase of 337.5%.

A theme, that of energy, which has become central not only for large energy-intensive companies, but which, in cascade, risks overwhelming everything, from companies in the related production chains, from consumer prices to employment.

The meeting was attended by the Chamber of Commerce, Confindustria Varese, trade associations of crafts, trade and professions linked to manufacturing companies, representatives of the banking system and workers’ unions.

The president of the province Emanuele Antonelli he recalled how the skyrocketing price of energy will soon affect everyone’s daily life, not only for domestic bills but also for the costs that affect all areas of life: “To give just one example, for energy expenditure of the school buildings, which are the responsibility of the Province, we paid 5 million before Covid, which rose to 8 with the pandemic and that now they are 16 if not 18 million. All resources that will be lacking for other services disbursed to citizens “.

Fabio Lunghipresident of the Varese Chamber of Commerce, gave further elements to make the picture of the seriousness of the situation: “If before the expenditure for energy affected from 5 to 6% of turnover, now we are at 25% and businesses risk jumping, because there is a lack of cash flow ».

A paradoxical situation«Because – as the president of Confindustria Varese said Roberto Grassi – companies are full of orders but they have to close because it is no longer cheaper to produce if the cost of energy increases from 250 thousand to one and a half million, and I quote a real example “.

And if companies close, a disastrous scenario arises: «If we do not intervene with support measures in Italy 300 thousand companies are at risk, which means three million unemployed, 10 million new poor. It is a question of national security ».

“There is great concern – he confirmed Stefania Filetti, general secretary of the CGIL of Varese – We expect a very serious situation, and not tomorrow, but now, because we will see the effects of this crisis shortly. Thousands of workers risk almost immediate poverty, because if the redundancy fund reaches 50% of the salary, how do you live in the face of inflation and costs that grow out of all proportion? “.

The prefect has pledged to bring the concern of Varese entrepreneurs and trade unions to the Government, to which he will send a document with the data and requests that emerged during the meeting.

Videogames entered his life in the late '80s, at the time of the first meeting with Super Mario Bros, and even today they make it a permanent part, after almost 30 years. Pros and defects: he manages to finish Super Mario Bros in less than 5 minutes but he has never finished Final Fight with a credit ... he's still trying.
Previous Is Belgorod missing? The mystery about the position of the Russian submarine with the Poseidon missiles (and the latest satellite images)
Next Putin’s promise: “What will happen to the annexed territories”