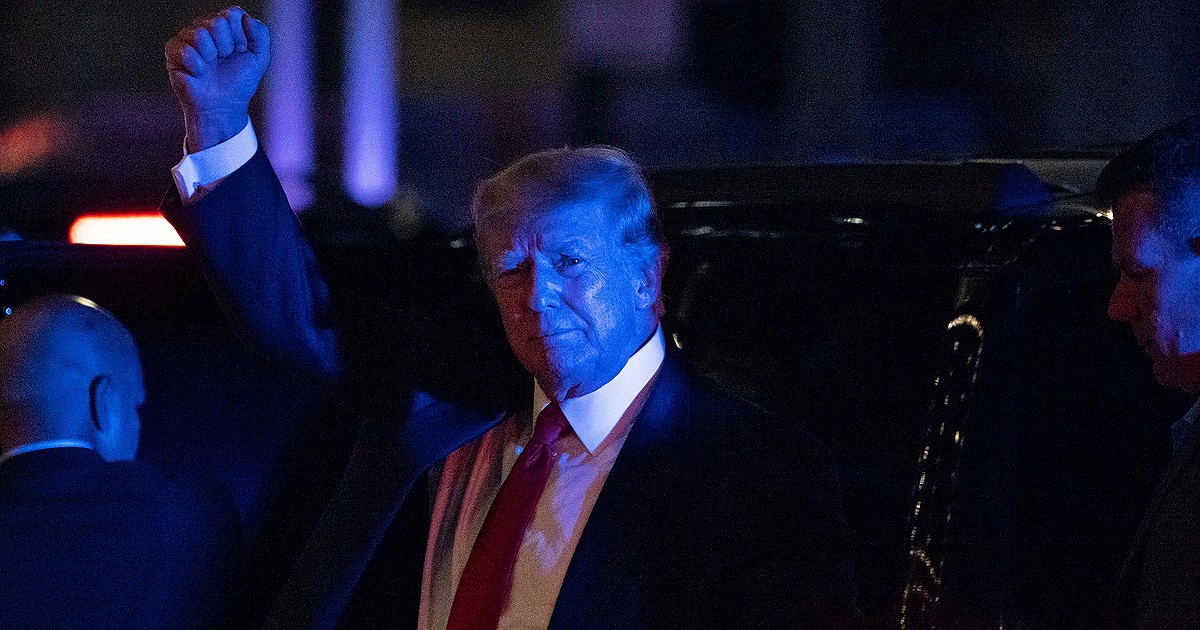 Donald Trump did not answer questions from the New York Attorney General Letitia James as part of the investigation into the tax returns of the Trump Organization. “I’ll see the attorney general tomorrow racist of New York for the continuation of the largest witch hunt in the history of Use“, The former president had commented last night on his Truth Social. “My big company, and myself, are being attacked from all sides. Banana Republic! ”. We will have to wait, therefore, for a turning point in the judicial events that will concern Trump, while the former president is facing the consequences of the search by the FBI in his residence in Mar-a-Lago looking for papers that Trump may have brought with him after he left White House. And precisely on the federal operation, the former president wanted to say that, given the prohibition for his staff and lawyers to approach and attend the “raid on Mar-Lago”, the agents “wanted to be alone without any witness who saw what they were doing, taking or hopefully not placing evidence. Why did they insist on having no one? There has never been a raid for Obama or Clinton despite the great disputes they had ”.

The conspiracy theories have already begun to circulate, especially among supporters of the former president. Among these is also the one according to which the search would be the result of tip of a spy present in Mar-a-Lago, one “Traitor mole” who would report information to the FBI. The mole, they argue, passed information and evidence on what really was in Mar-a-Lago to the feds. This would have led to the 9-hour search and the collection of ten boxes of material. The FBI blitz at the Trump home, according to Wall Street Journal, it is not part of the State Department investigation of January 6. The 30 federal agents sifted through the private area of ​​Mar-a-Lago, also searching the closet of former first lady Melania and spending hours in Trump’s confidential office. New York Post citing some sources. According to Washington Post the FBI raid was aimed at ascertaining whether the former president or his allies had surrendered or minus the documents and other materials owned by the government. Authorities have begun to doubt Trump’s returned documents in recent months, suspecting that some had been withheld by the former president. The American Minister of Justice Merrick Garland for this he ended up in the crosshairs of the Republican party. Not even the director of the FBI escapes the attacks, Christopher Wray, appointed by the former president. Compact Republicans are asking them for an explanation for unprecedented action. “It is necessary to explain what led to” the search, says the leader of the Republicans in the Senate, Mitch McConnelthere, giving voice to the discontent of his party. The Department of Justice does not comment. Mouths also sewn to the FBI.

The agents seized the Republican congressman’s cell phone Scott Perryally of Donald Trump, as told by Perry to the Fox, pointing out that he was approached in the past few hours by three agents who presented him with a warrant and confiscated the phone. “They made no attempt to contact my attorney – stated Perry again – I am outraged, but not surprised, for the fact that the FBI, under the direction of Merrick Garland’s Department of Justice, seized the cell phone of a current congressman ”. And he added: “My phone contains information about my legislative and political activities, private conversations with my wife, family, constituents and friends. None of this is the government’s business ”. Then he pressed, “As with President Trump, the Justice Department has chosen this excessive and aggressive action rather than simply contacting my lawyers.”

Ukraine, Biden signs the treaty approving the entry of Sweden and Finland into NATO

The action of the Federal Bureau has also sparked a controversy among the electorate: “It’s war” Steven Crowder, a conservative commentator, wrote on Twitter to his 1.9 million followers. An anger shared online by many supporters of the former president. “This means war,” wrote The Gateway Pundit, a pro-Trump publication. A post also bounced on Telegram thanks to an account linked to Stephen Bannon. The blitz “shows what many of us have been saying for some time. We’re at war, ”said Joe Kent, a Trump-backed House candidate, speaking on the ‘Bannon’s War Room’ podcast. Harsh and violent language worries political experts. While not directly translating into physical violence, it creates an atmosphere of violence that slowly becomes more and more accepted.

Meanwhile, the former tenant of the White House – who does not hide the hypothesis of reapplying in the 2024 elections – will be questioned under oath in the civil investigation of the New York Attorney General, Letitia James, regarding his business practices as a real estate tycoon. “Tonight in New York City. Attorney General tomorrow, for a continuation of the biggest witch hunt in US history! – wrote Trump via the social network Truth- Me and my big company are attacked from all sides. Republic of Bananas! “. Trump is also grappling with unresolved tax issues. A federal appellate court upheld the lower court ruling, under which the House of Representatives may have access to its tax returns despite his status as a former president. However, the legal battle is not yet over, as Trump’s lawyers will certainly appeal to the Supreme Court, the last court of appeal in the judicial process of the affair. If at least four (out of nine) judges vote to review the appeal, this could postpone the final ruling until next year. Meanwhile, Republicans may have regained a majority of the House in November’s mid-term elections, and decide to cancel the request to review the former president’s tax documents. In refusing to submit their tax returns to public opinion, Trump broke the established tradition followed by his predecessors in the modern era.

Videogames entered his life in the late '80s, at the time of the first meeting with Super Mario Bros, and even today they make it a permanent part, after almost 30 years. Pros and defects: he manages to finish Super Mario Bros in less than 5 minutes but he has never finished Final Fight with a credit ... he's still trying.
Previous Juve, the renewal of Fagioli OFFICIAL | First page
Next Drake mocks his father’s tattoo of his face: “Why did you make me like this?” – Who