The cash ceiling, which does not stop evasion and “penalizes the poor”. The minimum wage that does not solve the problem of “low wages”. The NRR, of which half of the funds have been spent so far. And then the management of Covid, the “baseless” choices marrying science as if it were “a religion”. From today everything changes. Giorgia Meloni promises answers to Italy “without vision”, which does not find “effective” solutions to many problems in the Senate Chamber where she earns her trust by doing the en plein with 115 yes: 49 minutes of speech, all political, replying full stop to the point of criticism and outlining his recipe for relieving Italy from the heavy “legacy” of past governments.

Government, Meloni: ‘We will put a hand to the cash ceiling, penalize the poorest’

She speaks proudly in front of the senators, even if her voice leaves her from time to time. She apologizes for this but does not spare herself in telling her idea of ​​the country after a “truth operation” has been made thanks to the criticisms in the Chamber that have brought out the real situation in which the country finds itself. That it will not have to pass “from dependence on Russian gas to that of Chinese raw materials”, which will have to overcome incomprehensible bureaucratic blocks, restart drilling in the Adriatic Sea because if the gas is extracted by others “it does not pollute less”. And to transform the South “into the energy hub of Europe”, also to avoid having to rush to install regasifiers “with urgent procedures and heavy impacts on the territories”. Meloni also has clear ideas about peace – she was criticized for the absence of the word in yesterday’s manifesto speech – which is not obtained either “with the surrender of Kiev” or “with the rainbow flags” in the square. 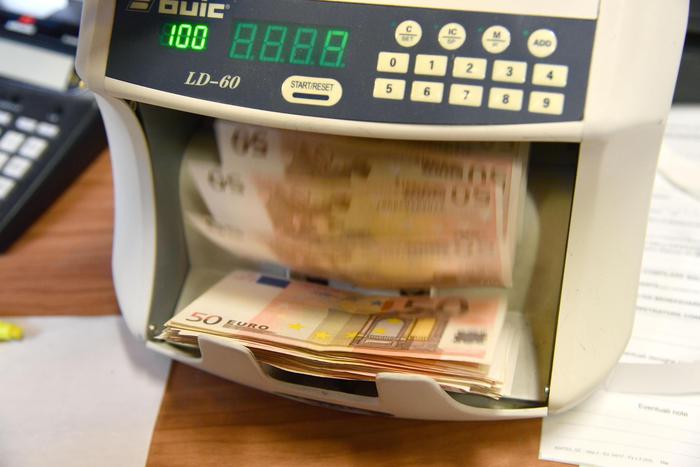 A jab at those who, among the oppositions, those squares are about to fill them in early November. And not the only one. He has it in particular with the 5 Star Movement, but also with the Democratic Party, the new premier. When he remembers those who “toasted for the abolition of poverty” and when he explains that the minimum wage risks being a “red herring” while the solution to tackle poor work is the extension of collective agreements “, in addition to cutting the wedge 5 points to raise all salaries. When he goes to the tax chapter, however, he directly calls into question the governments of the Democratic Party and the former minister Pier Carlo Padoan. It was he, he remembers, who argued that there was no correlation between of cash and evasion. And it outlines one of the first “concrete” moves of its executive, in addition to introducing the “incremental flat tax” (which in fact is a “merit” reward for those who strive to do more), also that to “put the cash back on the roof”, finding the wall of the Pd and M5s, an idea launched shortly before by the Lega, which in these first few days runs – not without creating some irritation in Fdi’s home – to anticipate the agenda. While the other ally, Fi, keeps asking ere equal dignity at least in the match of the undersecretaries. That the premier would like to define as soon as possible and avoid other frictions such as those in the composition of the government team.

Government, Meloni: ‘On Covid measures without bases, science is not’ religion ‘

“The situation is difficult – says Silvio Berlusconi, who returns to the Senate after 9 years, still guaranteeing the” convinced “yes to trust. to yesterday’s Sapienza he replies that one does not go to the streets “to prevent others from speaking”, that “respect for the ideas of others” is the essence “of democracy”. be amazed by a “blatantly ideological” approach. The same as “part of the judiciary” that over the years have built “bankruptcy” processes on the basis of “theorems” starting from via D’Amelio. It does not spare Covid and the PNRR either, the two flagships of the Draghi government: the funds spent are just 21 billion out of 42. So everything was not “so good” and now the center-right government will also take on “the great responsibility of speeding up, he summarizes, repeating in fact the concept – the only one so far – that he had cracked relations with his predecessor. As for the pandemic, governments – use the plural – have adopted measures without “scientific evidence”, including the green light for vaccines for 12-year-olds. Moreover, these measures also threatened to weaken the fight against the mafia with “the release of dozens of inmates from 41 bis with the excuse of Covid”.

Appeal to the opposition: “We have always made a very frank opposition, I believe that the debate is the salt of democracy. I believe that several times we have been able to count on the support of FdI. They asked us, when we voted on the reduction of parliamentarians,” what do you expect in return ? “. Nothing, because we share it. And this courage and this loyalty that I can ask the opposition, that we can speak on the merits, that there is no ideological debate. I hope you want to evaluate the measures on the merits and evaluate whether to vote for them or less”. Giorgia Meloni said this in her reply to the Senate. 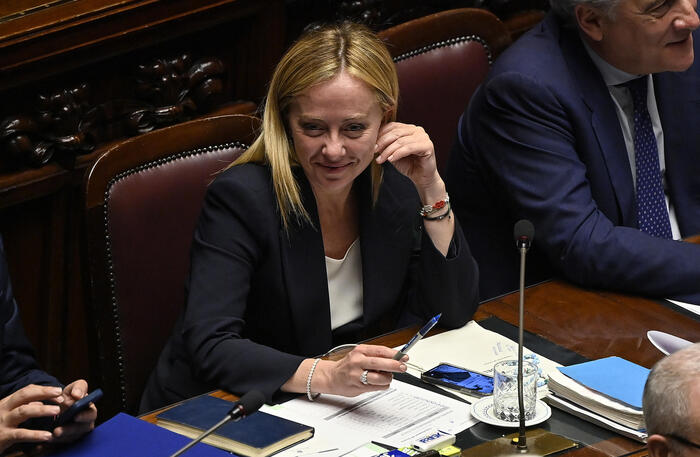 Renzi’s intervention. “If the majority wants to challenge us on the direct election of the prime minister, the one we have called the mayor of Italy, we will be there. The fundamental point is that if there is an openness to constitutional reforms, no matter what it is. “. This was stated by the leader of IV, Matteo Renzi, in the explanations of vote to the confidence in the government, underway in the Senate.

Mario Monti’s speech
“I share many of the programmatic lines you have outlined, even if some are very different from mine. I am delighted but I need to be convinced by the facts. For this today I will abstain and I will consider provision by provision, ”the senator said.

The intervention of Maria Stella Gelmini
“Ours will not be an ideological opposition, but on the merits. We want to make a republican opposition. There are those who want to fight on names, we don’t, we want to do it on facts “. Thus Maria Stella Gelmini, senator of the Third Pole who congratulated Meloni for becoming the first woman premier and wishes her good work, but it also announces a “no discount” opposition.

Stefano Patuanelli’s speech
In the programmatic statements of Prime Minister Meloni “there are too many things not said, or said without saying and many contradictions“He said it Stefano Patuanelli (M5s). “For example – continued the former minister – how can one stay with Orban in Europe and at the same time ask for European solidarity on the price cap”.

The intervention of Francesco Boccia
“Let’s do this too Commission of inquiry on the management of Covid to make an analysis of what happened in Italy during the pandemic, but then talk about everything, including the responsibilities of the Northern Regions“, the words of Francesco Boccia of the Democratic party.

Licheri criticizes Crosetto and the center-right whistles
The Senate chamber lit up for a few moments when Ettore Licheriof M5s, criticized the choice to entrust the Ministry of Defense to Guido Crosetto. “You (turning to Meloni) have decided to overdo it by appointing Crosetto Minister of Defense”, words that prompted some senotori of the center to comment loudly. “The one who yesterday was the greatest lobbyist in the arms industry – Licheri insisted – will now be in the place where contracts are made for those industries. This is not from the center-right government, but from the Banana Republic”.

Ilaria Cucchi’s speech
“I will not vote for confidence. But I invite you to take my words into consideration.” Ilaria Cucchi (Avs) said this in the Senate Chamber. “My name is Ilaria Cucchi – he began – and you all know who I am. You know my story. My brother Stefano was beaten to death and then died, after six days, in the hands of the state, passing through the indifferent and cynical custody of over 140 public officials “. Cucchi focused much of his speech on the theme of prisons, “where the state is all too often absent, and I use an euphemism”.

The words of Licia Ronzulli
“They wanted us to represent uniforms and instead we will fight the battles for our country together”. This was stated by the Parent Company of FI in the Senate Licia Ronzulli speaking in the Senate on the vote of confidence in the Government, addressing directly to Giorgia Meloni who she stopped writing to listen to her and looked at her smiling.

Videogames entered his life in the late '80s, at the time of the first meeting with Super Mario Bros, and even today they make it a permanent part, after almost 30 years. Pros and defects: he manages to finish Super Mario Bros in less than 5 minutes but he has never finished Final Fight with a credit ... he's still trying.
Previous Liverpool wins, Barcelona and Atletico are eliminated
Next This psychological thriller on Netflix shocked everyone. Password? Scandal