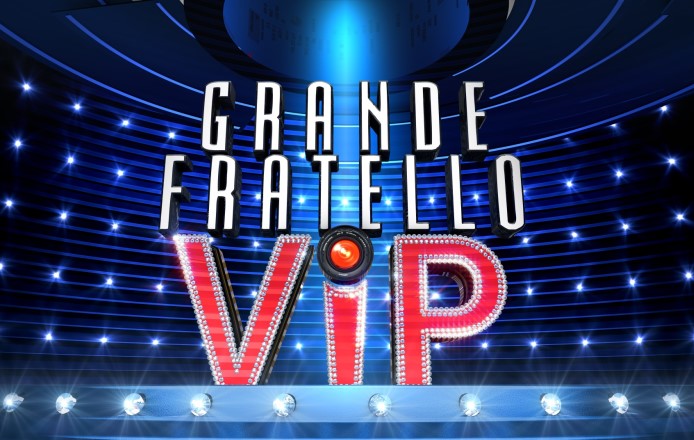 What is there to see on TV tonight? The main question that we ask ourselves almost every evening, to try to help you in your choice, we propose ours TV guide of Monday 26 September 2022 to the early evening programs. The format is very simple, we start with the first 9 channels of the remote control in order to understand the programs, the main films of this evening, then the guide continues with the thematic subdivision between films, free-to-air and pay TV series tonight in TV.

The programs tonight on the first 9 channels of the remote

The “human” TV guide to the prime time programs of Monday 26 September 2022, starts with Rai 1 which proposes the Hungary – Italy meeting of the Nations League, a bit of football after a day of talking about politics. On Rai 2 Tonight Everything is Possible debuts with Stefano De Martino, Rai 3 has a special Presadiretta while on Canale 5 there is Big Brother Vip (and if you don’t know who’s at home you can find them here). Politics on Rete 4 with Quarta Repubblica while on La7 there is the electoral commentary by Diego Bianchi and Propaganda Live.

Between tv series to see tonight on tv unencrypted on Rai premium the replica of The Good Doctor 2on Italia 2 the animated continues Duncanville. On Sky Atlantic it continues House of the Dragon anticipated Game of Thrones prequel. Among the movies tonight on TV Morbius on Sky Cinema, Ocean’s Twelve on Iris, A Fistful of Dollars on Rai Movie, Primal on Rai 4.

The TV series in the clear

Rai 4 (ch. 21 dtt and TivùSat) at 9.15 pm Primal
On a ship the hunter Frank travels along with a load of ferocious animals, but with them there is also a dangerous criminal who must be extradited to the USA. When the man manages to escape and frees the animals, it will be Frank’s turn to resolve the situation.

20 (ch. 20 dtt and TivùSat 151 Sky) at 9.15 pm All crazy about gold
Recently divorced, Finn and Tess, M. McConaughey and K. Hudson find themselves in spite of themselves collaborating in the search for a treasure called the “Dowry of the Queen”.

Rai 5 (ch. 23 dtt 13 TivùSat) 9.15 pm The all-rounder
Antonio Bonocore is a legal practitioner who works – without a contract and for 300 euros a month – as an assistant to Toti Bellastella, prince of the forum and professor of Criminal Law. Antonio does everything for Bellastella, but his zeal is not enough: to make him make the leap in quality, Bellastella proposes to the young practitioner the personal sacrifice of impaling the lawyer’s Spanish lover and allowing her to acquire Italian citizenship.

Rai Movie (call 24 dtt 14 TivùSat) at 21:10 For a bunch of dollars
Clint Eastwood is a lone gunslinger who arrives in San Miguel, on the Mexican border. Here the Rojo and Morales families have been fighting each other for years for the control of smuggling. Our hero plays a double game, trying to incite them to the final battle.

Sky (ch. 26 dtt 19 Tivùsat 156 Sky) at 9.15 pm Lady Macbeth
England, 1865: Imprisoned in a marriage of convenience, a girl enters into a clandestine relationship with a young farmhand.

TwentySeven (ch. 27 dtt and Tivùsat 158 ​​Sky) at 9.15 pm Monster Trucks
A student with a passion for trucks discovers a creature named Creech sucking gasoline. Together they will embark on a journey to bring him back to his family.

La5 (ch.30 dtt 12 Tivùsat 159 Sky) at 21:10 Rosamunde Pilcher – Encounter with the past
Sienna Summer, a young lawyer in Bristol, receives the marriage proposal from her boyfriend Oscar, who, however, ignores important truths about her.

Cine 34 (ch. 34 dtt and Tivùsat 327 Sky) at 21:00 Caribbean holidays
Goliardic comedy of misunderstandings in three hilarious episodes, with Christian De Sica and Massimo Ghini. A marriage of convenience that does not have to be done

Cinema Two (ch. 302) 9.15 pm A bigger splash
Thriller by Luca Guadagnino with Ralph Fiennes, Dakota Johnson and Tilda Swinton. Pantelleria: the stay of a rock star and her boyfriend is disturbed by the arrival of a former lover (ITA / USA / FRA 2015)

Cinema Collection (ch. 303) 9.15 pm And then they called him the Magnificent
Italian Western with Terence Hill. On the run from his native England due to a scandal, a young noble arrives in America, in the Wild West, and becomes a skilled gunslinger (ITA / FRA 1972)

Cinema Family (ch. 304) at 21:00 The man without a face
Debut film by Mel Gibson, protagonist of a film based on the novel by Isabelle Holland. To enter the Military Academy, a boy turns to a former teacher with a disfigured face (USA 1993)

Suspenseful cinema (ch. 306) at 21:00 Into the Ashes
The ashes of a criminal past come back to life with Frank Grillo, Marguerite Moreau and Luke Grimes. A former robber starts a new life, but the revenge of the old partners haunts him (USA 2019)

Cinema Drama (ch. 308) at 21:00 Temple Gradin
Touching and award-winning HBO biopic starring Claire Danes. Suffering from autism, Temple Grandin has a difficult childhood but, thanks to her tenacity, she will become a brilliant scientist (USA 2010)

Comedy cinema (ch. 309) at 21:00 A boyfriend for my wife
Funny love triangle with Geppi Cucciari and the comic duo Luca and Paolo. A man hires a playboy to tempt his wife and finally ask for a divorce (ITA 2014)

David Martin is the lead editor for Spark Chronicles. David has been working as a freelance journalist.
Previous “He did it every morning for months”
Next The Intel chip factory will be built in Veneto: almost 5,000 jobs

If there was a prize for the fringe perfect, Dakota Johnsonwho has always been the …