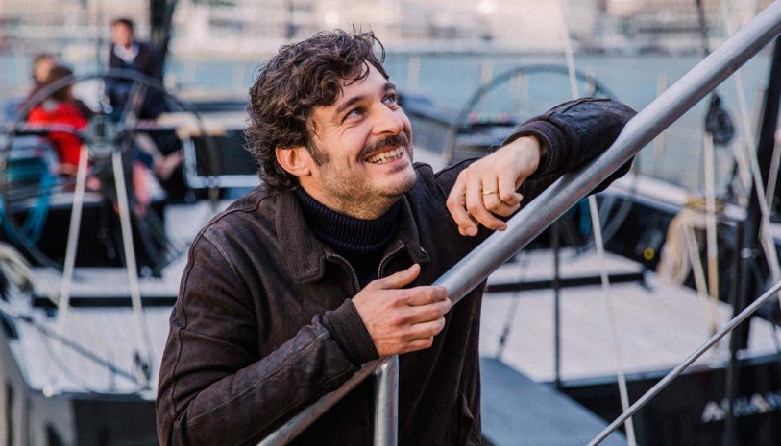 What is there to see on TV tonight? There TV guide of Monday 3 October 2022 to the early evening programs. The format is very simple, we start with the first 9 channels of the remote control in order to understand the programs, the main films of this evening, then the guide continues with the thematic subdivision between films, free-to-air and pay TV series tonight in TV. On Rai 1 it debuts Survivors new fiction with Lino Guanciale, on Canale 5 the Big Brother Vip 7 (with televoting canceled after Marco’s release), on Rai 2 Everything is possible tonighton Rai 3 Presadiretta, on Sky Cinema the film Bla Bla Baby.

Between tv series to see tonight on tv in clear on Rai premium the replica of The Good Doctor 2on Italia 2 the animated continues Duncanville, The Chelesea Detective on Giallo. On Sky Atlantic it continues House of the Dragon anticipated Game of Thrones prequel. Between movie tonight on tv Bla Bla Baby on Sky Cinema, Savage Dog on Rai 4, Ocean’s Thirteen on Iris, The prince of the desert on Cielo.

The TV series in the clear

Rai 4 (ch. 21 dtt and TivùSat) at 9.15 pm Savage Dog – The wild one
Indochina in 1959 is a lawless land controlled by criminal factions. Former boxing champion Martin Tilman ends up in hard labor at a labor camp where he becomes a celebrity in clandestine boxing matches run by corrupt officials. When Martin has to be released, however, someone will try to prevent him, unleashing the wrath of the fighter.

Iris (ch. 22 dtt, 11 Tivùsat 325 Sky) at 9.15 pm Ocean’s Thirteen
third chapter of the saga directed by Steven Soderbergh. The return of the Ocean gang, this time against Willy Banks.

Rai 5 (ch. 23 dtt 13 TivùSat) 9.15 pm Hands on the city
In Naples in the 1960s, the building contractor Eduardo Nottola, municipal councilor of Naples and candidate to become a councilor, planned grandiose building speculations. The collapse of his house does not stop him: he sacrifices his son, changes sides and is elected. The archbishop blesses the start of the works that will change the face of the city.

Rai Movie (call 24 dtt 14 TivùSat) at 21:10 For a Few Dollars More
A bounty of twenty thousand dollars hangs on the head of an Indian gang leader, and two bounty hunters are intent on pocketing the prize: the Monco, a young and daring gunslinger, and the Colonel, a mature man who studies and carries out his exploits with coldness.

Sky (ch. 26 dtt 19 Tivùsat 156 Sky) at 9.15 pm The prince of the desert
The discovery of oil leads two Arab emirs to be bitter rivals because they want to manage black gold in a different way. Amar is the more conservative while Nassib is much more liberal and open-minded. The two emirs have a strong bond because the young prince Auda, son of Amar is married to the daughter of Nassib.

TwentySeven (ch. 27 dtt and Tivùsat 158 ​​Sky) at 9.15 pm Death makes you beautiful
Helen, a writer, has an affair with Ernest, a plastic surgeon but Madeleine arrives ready to take Helen’s place

La5 (ch.30 dtt 12 Tivùsat 159 Sky) at 21:10 Rosamunde Pilcher – Secrets between friends
A gathering to celebrate 20 years of maturity between old schoolmates puts a strain on the friendship between Sandra, Luke, Daniel and Kate.

Cine 34 (ch. 34 dtt and Tivùsat 327 Sky) at 21:00 Dad’s beautiful
A wealthy manager, exasperated by his three idle and spoiled children, decides to teach them a memorable lesson.

Sky Cinema One (ch. 301) 9.15 pm Bla Bla Baby 1st tv
A man works in the nursery of a company and begins to hear the words of the children.

Cinema Action (ch. 305) at 21:00 The Rising Hawk – Rise of the Hawk
Robert Patrick in an adventure set in the 13th century. Carpathian villagers prepare Resistance against invasion by mighty Mongolian army (USA / UKR 2019)

Suspenseful cinema (ch. 306) at 21:00 A double truth
Legal drama with Keanu Reeves and Renee Zellweger. A boy is indicted for the murder of his father. The defense is entrusted to the lawyer Ramsay, called to an impossible challenge (USA 2015)

Comedy cinema (ch. 309) at 21:00 Asterix and Obelix in the service of his majesty
Gerard Depardieu and Catherine Deneuve in the fourth live-action dedicated to the two fearless Gauls. The queen of Britannia asks for the help of Asterix and Obelix to face the advance of the Romans (FRA 2012)

David Martin is the lead editor for Spark Chronicles. David has been working as a freelance journalist.
Previous Elisabetta Socci discovers on the same day that she is pregnant for the first time and that she has a tumor: she dies at 36
Next What if the market burned 36 trillion in just 11 months? Done. But the war makes more noise