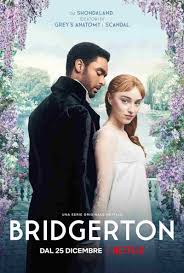 TV series, Period Drama: what they are and why they are so popular

Period dramas, the pleasure of waiting for them and following them on TV, and sharing the beauty of dreaming together on social networks

The reference to the past is known to always have its charm. In particular, the 19th century period is one of the most studied and reproduced historical moments in literature and cinema, where costume settings, the disparity between social classes and “impossible love” have become fertile ground for stories and tales for all generations. The so-called age of Romanticism has in fact been described in this way due to the flowering of numerous literary compositions such as poems, books and stories, but also due to the proliferation of pictorial works of art which had the “sentimental” narration of historical reality as their common thread. From this point of view it can be said that numerous films and, more recently, television series are great megaphones of romanticism. THE period dramaor even described as historical or costume productions, in recent years have witnessed a boom in viewers and works to broaden the sphere of their target audience and their broadcasting channels.

What are period dramas

Set in a past time period, period dramas are grounded in historical realities and often also refer to real anecdotes, characters and stories although they are mixed with fantasy and fiction. As can be guessed, period TV series have had a remarkable exploit with streaming entertainment platforms and channels such as Sky, Amazon Prime, Netflix and in general on the world of the web as they embrace much wider audiences than free-to-air channels and have no trouble keeping millions of people glued to their screens all over the world. In fact, they are often considered categories “for the few” but with the advent of Netflix TV series such as Bridgerton or The Crown, born in 2016 and inspired by the life of Queen Elizabeth II of England, even the youngest have been able to embrace this genre, thus becoming much better known and particularly followed. Bridgerton specifically, produced by the queen of TV series Shonda Rhimes and based on the saga of novels by the romance writer Julia Quinn, in its year of release it totaled 82 million views up to today to a total of 656 million. Also thanks to the pandemic and the forced lockdown, 2020 was in fact the year that consecrated the success of many television and film productions. Many teenagers who hang out on the platform have thus had the opportunity to approach the period drama thanks to the rendering of the category in a much more modern and captivating version starting from the choice of today’s music to the popularity of the actors thus giving success and renewal to a format that has always existed.

From TV series to the rediscovery of Jane Austen’s novels

This phenomenon has become increasingly popular in recent years, giving prestige not only to this sector but also from a literary point of view. In fact, many stories told are often taken from novels mainly by nineteenth-century authors such as Jane Austen, the Brontë sisters, Elizabeth Gaskell up to the more modern female authors such as the aforementioned Julia Quinn starting the engine of the passion for literature and the comparison between written and television reproduction. A recent example is the release of Persuasion license plate Netflix and released in 2022 starring the actress Dakota Johnson. Based on Jane Austen’s novel of the same name, the film is reproduced in a very modern key but which has achieved its goal of reaching even the youngest and prompted an older audience to watch it out of curiosity and affection for the writer. As it happened at the time of the fantasy saga Twilight from Stephenie Meyer, when from the release of the first film in 2008 to the cinema even the novels themselves suffered a surge in sales and readers, even in the case of period drama the books Bridgerton or even the same ones from Austen, very easily available on Amazon Kindle Unlimited or even version First (free for those who use the service), have had an exploit of followers. In particular, copies of the Bridgerton saga since 2020 have often become gold, with very high costs of up to $700 from private individuals awaiting reprints. The interest in comparing novels and TV series had thus also triggered the search for books on pirated platforms in order to be able to read the novels in order before the release of the respective television season. Similarly, many other less recent film and TV series productions inspired by Period Drama have found a significant increase in audiences and admirers, thus pushing the entertainment platforms themselves to create new content on the genre.

Waiting for Queen Charlotte and the new series

An example can be given by the release soon, even if it doesn’t have a certain date yet, of the Bridgerton prequel spin-off Queen Charlottebased on the true story of the rise to the British throne of Queen Charlotte, famed for being the second longest serving queen consort for 57 years after Prince Philip. Or even the TV series The Empress, released on September 28 on Netflix, which instead tells the story of the famous and admired princess Sissi. Over the years, in fact, there have been many works that have told the life of the Empress Elisabeth, her real name, but thanks to Netflix once again the catchment area reached was very large, so much so that the series was renewed for the second season.

As we can see i Period Drama so they are taking off, at least in Italy. In other countries, in fact, first of all theEngland, this genre has already been widely followed for years with film and TV series productions that proliferate more and more. Especially the films based on the classics license plate BBC, which is the most famous British networking, are among the best known and constantly aired over time. Even if in Italy Tv2000 it is one of the television networks that most frequently broadcasts the cycle Jane Austen of the BBC, and only since 2017, or even costume and/or historical films in general, the airing of this genre is quite scarce. Of this and of the phenomenon Period Drama we fully talked about it with Beatrice, the creator and administrator of the social page Historical Period Drama which between Facebook and Instagram reaches more than 11 thousand followers. Often, especially those who are new to the field, do not even know the denomination of the genre and it is much easier to follow news or social pages regarding a specific series of liking rather than stopping at just one sector. But over the years, Beatrice’s page has achieved great success also thanks to alert of all television programming and the main entertainment channels. Indeed, the creator of HPD tells us that “the page was born in October 2018 and was initially dedicated to the Isabel series, which aired on Rai Premium from October 2018 to March 2019. Since it had a certain following – continues Beatrice – I continued to keep it active also talking about the TV series The Spanish Princess broadcast in America in May 2019 “. From that moment Beatrice began to expand her baggage of the genre by giving information on the Italian and foreign programming of period drama and so”in December 2019 I changed the name of the Facebook page to Historical Period Drama”.

A social page to dream together

Almost in accordance with the boom in series obtained thanks to the forced isolation in the period of the pandemic advent, Beatrice also explains that “the page achieved greater success with the 2020 lockdown and only with the help of word of mouth, never spending a lot of time advertising on Facebook”. But perhaps it was this that gave the HPD administrator the go-ahead to open an Instagram profile for the page “to get even closer to a younger target”. “On Facebook, the page is mainly followed by women between the ages of 25 and 55 – continues Beatrice. This is because Zuckerberg’s social network is less used by younger people but also because they like period dramas but here in Italy they are a very niche genre, which is mainly broadcast on platforms such as Sky series or in streaming”. Indeed, “in Italy only a tenth of foreign productions are dubbed and therefore often and willingly you have to make do with streaming and subtitles in English or Italian”. But with a mainstream platform like Netflix there has been a turnaround in the continuation of historical and period TV series, and Beatrice also agrees on this: “Bridgerton in particular has modernized the concept of period drama and now many productions set in the past use a modern language. This allows more and more young people to get closer to series with a historical background”. And, therefore, to make sure that the past comes back into fashion.

Laredazione.net is on Google News:

to stay updated on our news click on this links And type the star at the top right to follow the source!

David Martin is the lead editor for Spark Chronicles. David has been working as a freelance journalist.
Previous Generation Zero Download Full Game PC For Free
Next World Cup: Germany team photo with their mouth shut from Qatar 2022