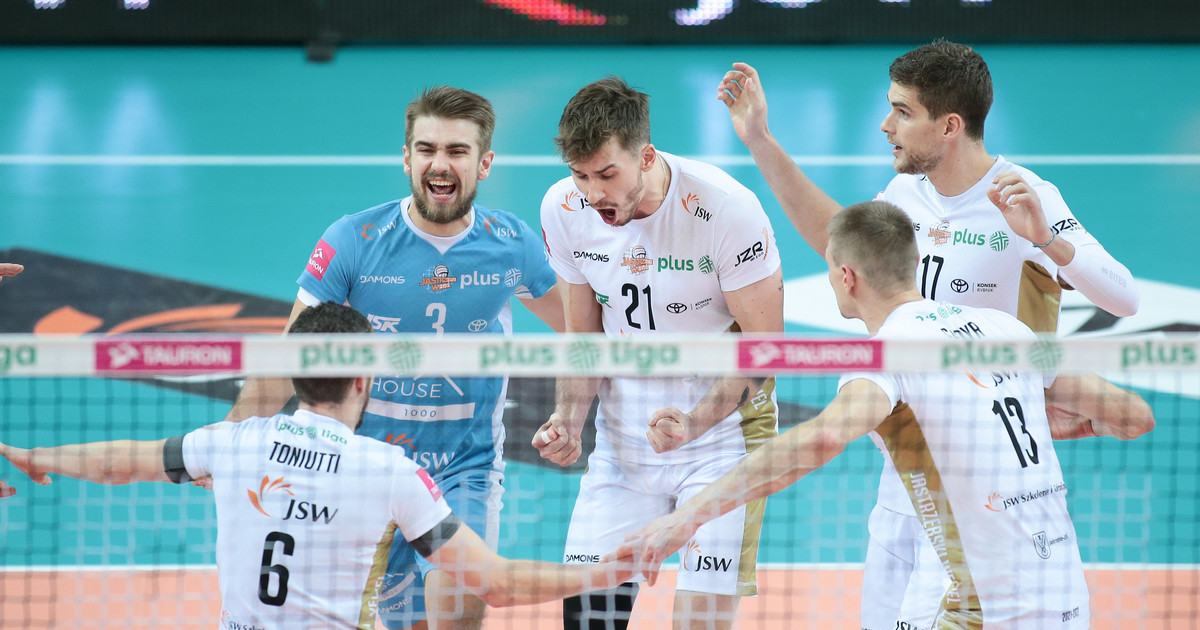 The players of Jastrzębski Węgiel are storming through the struggles in the group stage of the Champions League, in which they have not lost a single set for three matches. It was similar in Thursday’s game with VfB Friedrichshafen, where the Jastrzębie players only needed 63 minutes to win 3-0. The German team led by the former Jastrzębian coach – Marek Lebedew, at no point managed to stand up to the Polish champions. The game had a specific course, because for two sets the Jastrzębski Węgiel volleyball players did not score a single point with a block or a service, and a fairly reliable attack was enough to defeat the German team, which made a lot of mistakes (only in the first set they were wrong 12 times).

The most impressive opening was the third set. The volleyball players of Jastrzębski Węgiel started this game by leading up to 7-0 with Łukasz Wiśniewski’s plays. The gliding fleets of the middle Jastrzębie-Zdrój, known as “cherry trees”, caused so many problems to the opponents that they were not able to launch an effective attack, and the guests were doing well with situational balls. Ultimately, Wiśniewski added three service aces to his achievements.

After returning from Germany, the players of Jastrzębski Węgiel will play a league match against Asseco Resovia on Sunday.

David Martin is the lead editor for Spark Chronicles. David has been working as a freelance journalist.
Previous I am not surprised by GOTY for It Takes Two. This game is a real phenomenon
Next Coronavirus – Report of the Day. New information on COVID-19. Wednesday, January 12

Marcin Brosz was announced the new coach of the Polish national team U19. “The trainer …