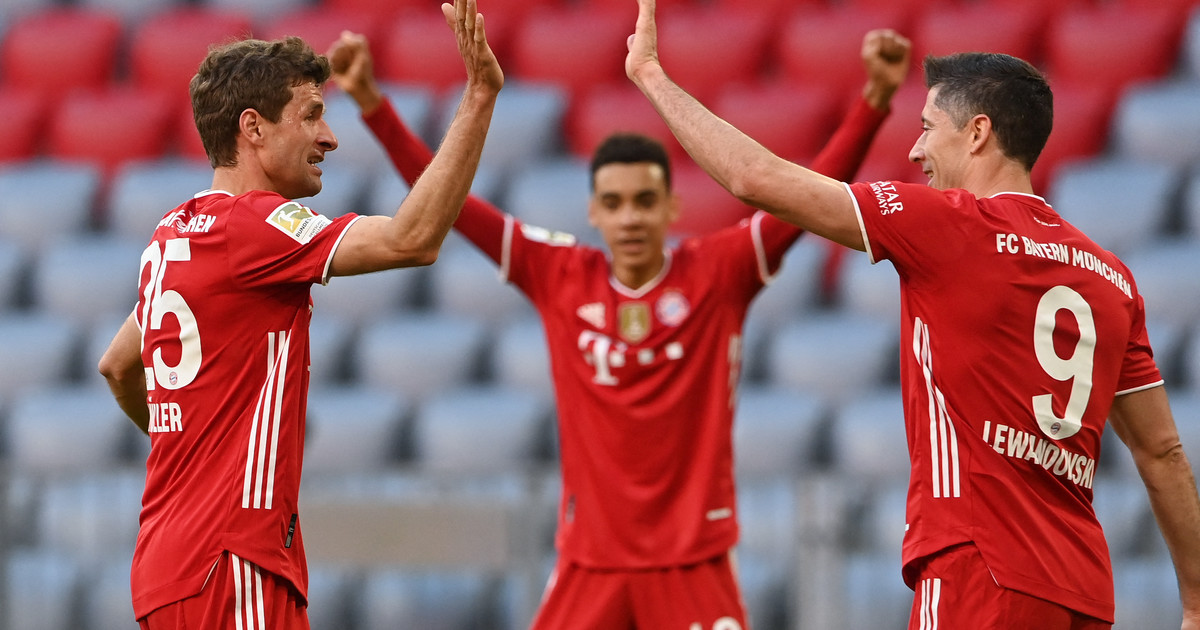 The largest sports media around the world wrote about Biało-Czerwony many times. This was the case when “Lewy” scored four goals against Real Madrid in the colors of Borussia Dortmund. Football fans were also delighted with him when he was already setting new records in Bayern. However, usually the numbers of the Pole made an impression on fans and experts. The frequency of goals scoring and winning the scorer is the specialty of the star of the Bavarian club.

Apparently, Lewandowski at the age of 33 decided to shine with something new to cross new borders. By opening the result of Dynamo Kiev vs Bayern, he once again brought the eyes of the whole world to him. The unusual scenery of this meeting added charm to the hit from the 14th minute. The sniper hit the ball perfectly from the air in the falling snow, and Heorhij Buszczan could only see the ball to the net with his eyes. 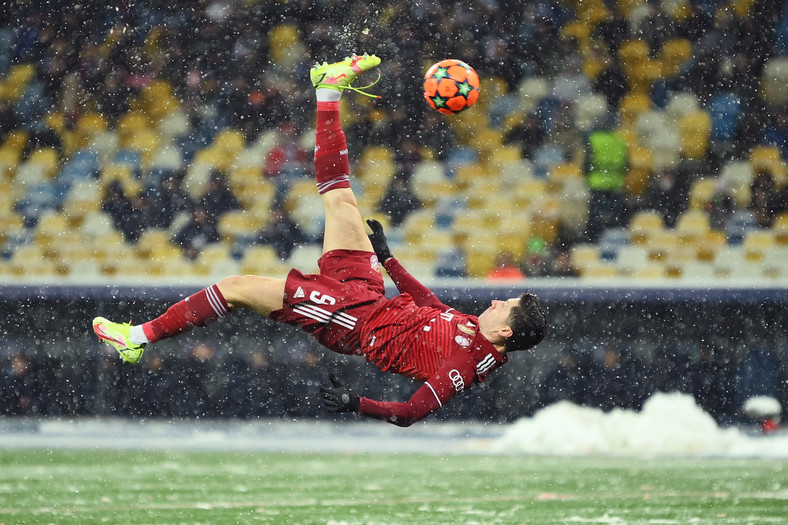 The Wednesday hit is the Pole’s ninth hit this season of the Champions League. He already has 64 hits in a calendar year and is by far the most successful striker in the world.

We recommend: A wonderful turnover by Lewandowski in winter scenery. Bayern’s fifth victory in the Champions League

“What a beautiful goal for Lewego,” Thomas Mueller raved on Twitter and added the surprising hashtag #klausfischerskills. In Germany, the former Schalke 04 forward Gelsenkirchen is considered to be a great tipping specialist.

The 71-year-old in March this year had to come to terms with the fact that he would never be the second goalscorer of the Bundesliga again. For Schalke alone, he scored 182 goals, and a total of 86 for TSV Munich, 1. FC Koeln and VfL Bochum. The Pole caught up with him this year in the match against Werder Bremen, separating the two great Germans in the all-time classification.

Today Lewandowski has 291 hits in the Bundesliga alone, thanks to which he is already 23 goals ahead of Fischer. – Your striker is in such a form that he will quickly pass me by. There is no question of reluctance, but it is known that no one likes to lose. And I still have to experience in my old age that someone will turn out to be better than me. That at the age of 71 I would experience such a failure, I would not have expected it. But seriously, I really admire Lewandowski – he said as the second striker of the league in an interview with Maciej Szmigielski.

Fischer is still considered the king of flip goals beyond our western border. This is exactly how he scored a goal in the match between Germany and Switzerland in November 1977. This hit was considered by the fans to be the most beautiful goal of the twentieth century. The former striker also referred to the remarkable skill in an interview with “Przegląd Sportowy” in February this year.

See also: Nagelsmann cares about Lewandowski’s well-being. The coach talked with the Pole for a long time

– To score a goal with a flip, you must first of all be lucky. After all, it is impossible to predict exactly how the ball will fly, how to position itself. It’s just worth trying sometimes. A forward quickly realizes if he has luck on his side in a given match and then you can try harder things. There are games where kicking the ball five meters is a great challenge, and there are games where almost everything comes out. And it was just like that with me flips – said the 71-year-old.

German fans realize that as soon as Fischer appears on TV, they can expect unusual pictures. In one of the appearances in the program, the sniper showed off his brilliant scissors, and he did it in elegant clothes and shoes that were certainly not intended for kicking a ball.

The former Schalke player was a glazier by trade. Until recently, he could not have imagined that his legend and statistics would soon be beaten. After Lewandowski was waiting for his Bundesliga record, he decided to demolish another monument. The Germans will certainly not allow younger fans to forget about Fischer’s extraordinary hits like the one from 1977, but if a Pole during his career shows himself again with similar flips, both players will always be compared to each other beyond our western border.

David Martin is the lead editor for Spark Chronicles. David has been working as a freelance journalist.
Previous Health and social protection expenditure. Eurostat data for 2019 and 2020.
Next The USA, France and Germany are ordering their citizens to leave Ethiopia as soon as possible