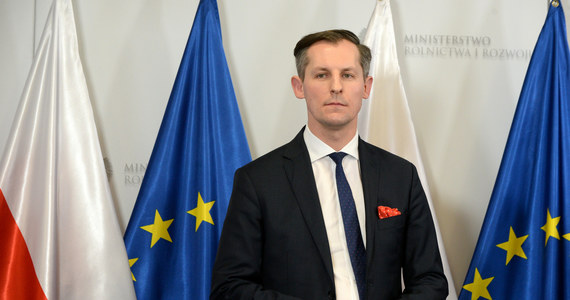 As reported, the Office of Competition and Consumer Protection (UOKiK) receives complaints from consumers who, instead of a loan agreement, unknowingly signed a leaseback agreement for household appliances that they allegedly sold to a financing company. Therefore, UOKiK wants to investigate in the investigation whether in such a scenario the amount from “sale” is in fact not a loan, but “leasing installment” – its repayment including the commission for the company.

According to the Office, consumer signals show that in such contracts the subject of the lease is usually defined very generally. Moreover, one of the complainant consumers claims that he does not own a leased cooker at all, and another that the refrigerator entered in the contract was previously seized by a bailiff.

“We suspect that the leasing contracts concluded with loan companies or their related entities are an attempt to circumvent the provisions on consumer credit. The law limits both the amount of interest charged on loans and their non-interest costs. by the consumer after its completion, they are not subject to these provisions “- said the President of UOKiK Tomasz Chróstny, quoted in the Office’s announcement.

He also warned consumers to read loan agreements carefully before signing them and not to agree to fictitious leasing, as as a consequence of such agreements they may pay very high installments – much higher than those allowed for consumer loans.

The President of UOKiK initiated explanatory proceedings in which he will look at the activities of Everest Finanse SA and Everest Finanse Sp. z o. o. Sp. k. operating under the names of “Bocian Pożyczki” and Capital Service SA, as well as the consumer return lease agreements concluded by them.

The Office advises you to check whether the loan company or credit intermediary appears in the relevant register of the Polish Financial Supervision Authority before taking out a loan.

“Before signing, carefully read what the contract concerns: loan, loan or lease and whether it is in accordance with what the representative of the loan institution or intermediary says. Carefully read the terms of the contract and all annexes to it. Count how much you will have to repay and what the cost of the loan will be – both the interest and those resulting from various fees and commissions. Remember that there are statutory limits “- indicated UOKiK in a press release.

As recalled, the interest – currently (as of November 22, 2021) may amount to a maximum of 9.5%. per year. This is twice the statutory interest, which is calculated by adding 3.5 percentage points. to the NBP reference rate, which is currently 1.25 percent.

Non-interest costs may be a maximum of 25%. the borrowed amount plus 30 percent for each year of crediting, but not more than 100%. credit.

The Office pointed out that in leasing contracts that do not provide for an obligation to purchase the leased asset, the costs may be much higher than in the case of a consumer loan agreement.

“If you are looking for a consumer loan, compare the offers of different companies. This will be facilitated by the APRC – the actual annual interest rate. It shows the cost of the loan as a percentage of the amount you borrow. Remember that you can withdraw from the consumer loan agreement within 14 days. In such a situation, you are obliged to return interest for the time when the money was in your account “- it was stated in the announcement.

The Office also advised, in case of doubts or problems, to obtain free legal assistance by calling the free consumer hotline (at 801 440 220 or 22 290 89 16) or by visiting the consumer ombudsman.

The variety offered by video games never ceases to amaze him. He loves OutRun's drifting as well as the contemplative walks of Dear Esther. Immersing himself in other worlds is an incomparable feeling for him: he understood it by playing for the first time in Shenmue.
Previous A plant substance has been discovered that inhibits all variants of the coronavirus
Next Lukas Podolski hits the fans of Legia. Łukasz Jurkowski reacts