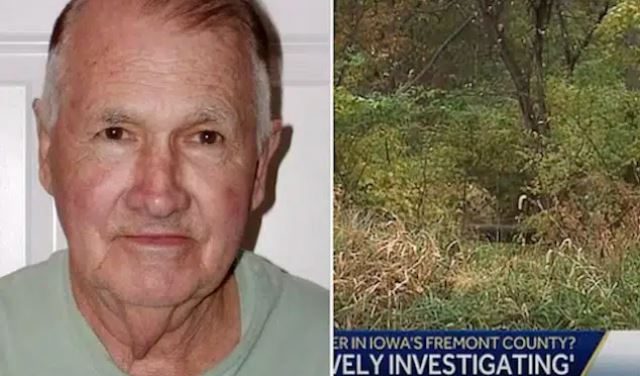 USA, daughter accuses her father of killing 70 women. He forced us to throw the bodies into a well

Donald Dean Studey, this is the name of the alleged serial killer, was accused by his daughter of killing between 50 and 70 women, mainly prostitutes. The corpses would have been thrown into a well or buried in ground. Investigations in progress.

Dozens of murders remained secret and the shadow of a serial killer who for decades would have acted completely undisturbed. They seem like the ingredients of a perfect novel thrillerinstead they are those of a story that comes from Iowa, where the police are investigating a man who died in 2013 suspected of having murdered dozens of women.

Donald Dean Studey, this is the name of the alleged serial killer, was accused by his daughter Lucy, who told the authorities that she had long been forced – along with her brothers – to move the corpses. For the moment these accusations are still to be proved, but a first inspection with the canine unit has been carried out on the places indicated by the woman. The dogs would have smelled something, however there is a lack of evidence and only excavations will eventually bring out the truth.

“My father was a criminal and a killer all his life“Lucy Studey told Newsweek. The woman explained her father would kill” five or six “women a year for several decades. burying the corpses in an abandoned well on his property, a land in the small town of Thurman. The alleged victims of the serial killer are mainly young prostitutes aged between 20 and 30 who practiced in nearby Omaha.

Pediatrician killed in Kiev by Russian bombs: she went to work after having accompanied her son to kindergarten

According to the account of his daughter, Donald Dean Studey it would have killed 50/70 women: the bodies would have been thrown into a well or buried in the surrounding ground. To transport the corpses, Lucy said, a wheelbarrow was used in the warm months and a sled in the cold months. The children of the alleged murderer would have witnessed gruesome scenes. “He just told us we had to go to the well and I already knew what that meant,” the woman said. “Whenever I went there or up the hill, I didn’t think I’d come back. I was convinced that he would kill me because I wouldn’t be able to keep my mouth shut.”

Lucy Studey reported that her father allegedly killed her victims in various ways: by stabbing them, by shooting them but above all by kicking them to death. Many of the murders allegedly took place inside a trailer where the family lived. Donald Dean Studey died in 2013 at the age of 75. Investigations are ongoing and still in the early stages.

Videogames entered his life in the late '80s, at the time of the first meeting with Super Mario Bros, and even today they make it a permanent part, after almost 30 years. Pros and defects: he manages to finish Super Mario Bros in less than 5 minutes but he has never finished Final Fight with a credit ... he's still trying.
Previous Ferrari to Mexico: “Altitude will also affect duels” – F1 Team – Formula 1
Next DOM PÉRIGNON AND LADY GAGA CONTINUE THEIR CREATIVE DIALOGUE IN LOS ANGELES