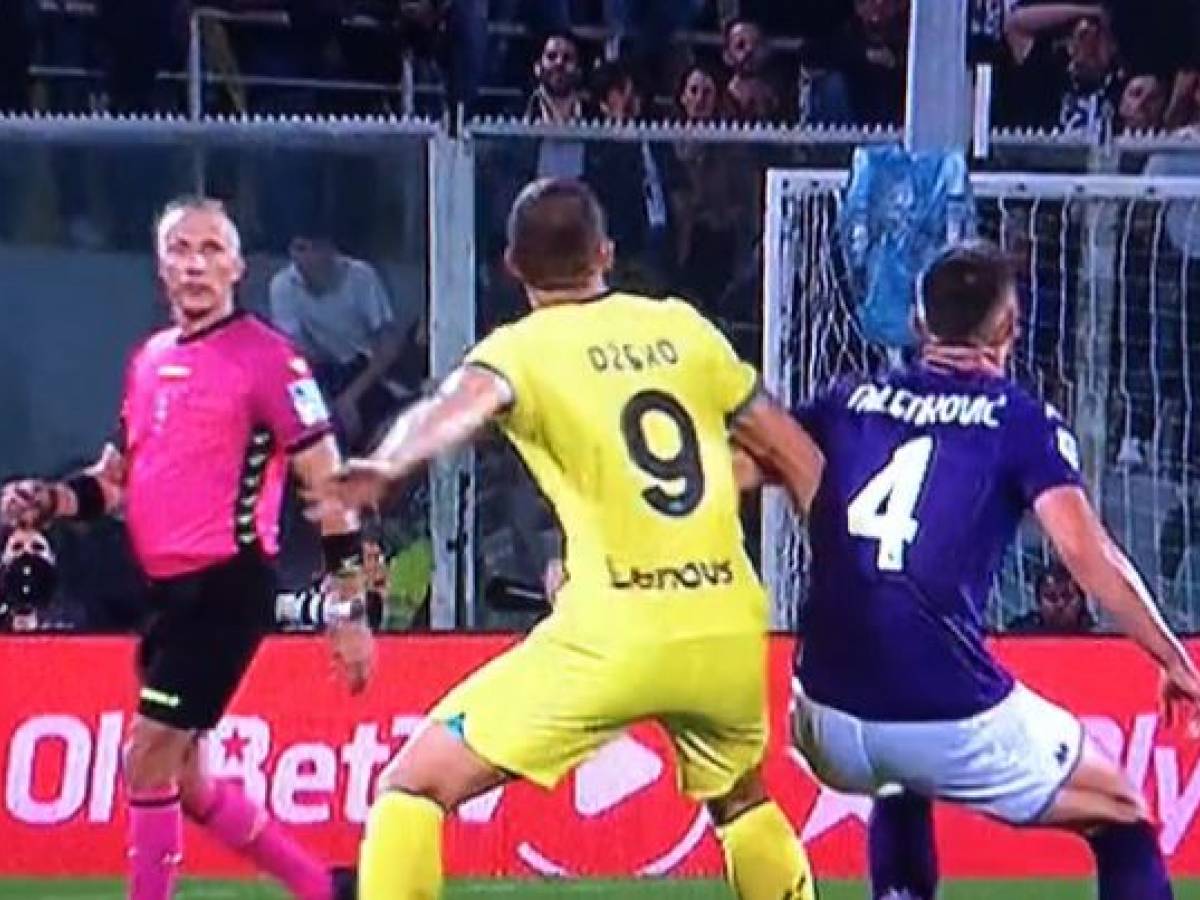 Valeri negative in Fiorentina-Inter: here’s what was the most serious mistake

Paolo Valeri ended up in the dock in Fiorentina-Inter. Several errors have been attributed to the race director even if the only really serious one committed was the one regarding the non-expulsion of Federico Dimarco. The Nerazzurri defender, in fact, enters in a broken way on Giacomo Bonaventura with the match director of Rome who does not notice the foul and dangerous intervention.

Referred, rightly, to the Var, however, Valeri is once again wrong as he concedes the penalty to Fiorentina, but does not take any disciplinary measures against Dimarco. The yellow card would have been a gift given the danger of the intervention, the red card the right currency for an unintentional but dangerous foul. This gross error, net of those alleged on Fiorentina’s 3-3 and Inter’s 4-3 final, makes him win the less prestigious “man less” of the day.

The Roman whistle is no stranger to errors of judgment on some scrambled fouls. In fact, in Atalanta-Milan on 21 August last, he did not call the referee of the Gewiss Stadium match to the on field review for a bad foul by Hans Hateboer on Rafael Leao, but then backtracked admitting the mistake when the omelette was already made: “On Hateboer’s intervention on Leao I made a mistake and I made a mistake. At that moment I was in the Var, no one protested, the player got up immediately and the game continued. That foul, however, was like a fiery red”.

Paul #Valeri: “I was wrong about #Hateboer‘s tackle. I went to VAR and there was a clear red card on that contact. “pic.twitter.com/bskFbkl6uc

But not only that, because Valeri is the same referee as in Juventus-Inter thanks Juan Cuadrado for a very bad foul on Alexis Sanchez. The Colombian came in late and in a broken way on the Chilean of Inter and even in that circumstance he did not draw a right red card. According to Sportmediaset reports, the match director of the Rome section could also be suspended for a round by the referee designator Gianluca Rocchi even if this is not yet known.

Fiorentina-Inter was an intense match full of episodes that put the expert Valeri to the test. If the mistake of not expelling Federico Dimarco is a red pencil, there are other decisions that have left us perplexed. Fiorentina’s 3-3 goal arose from a clear foul by Luka Jovic on Stefan de Vrij, while the Nerazzurri’s 3-4 final was born from a clear push by Edin Dzeko about Nikola Milenkovic. The Viola also complained about the penalty granted to the Nerazzurri for a foul by Terracciano on Lautaro Martinez, even if this decision seems to be correct because the Argentine slightly anticipates the intervention of the Fiorentina goalkeeper who overwhelms him at the exit. Who knows if all these slow-motion episodes will cost Valeri a rest, who certainly ran into one of his worst evenings.

David Martin is the lead editor for Spark Chronicles. David has been working as a freelance journalist.
Previous A Disney + movie about becoming an influencer- The Wom
Next Meteo interview with meteorologist Antonio Sanò; after Scipio here is the anticyclone of Halloween, it will be November »ILMETEO.it