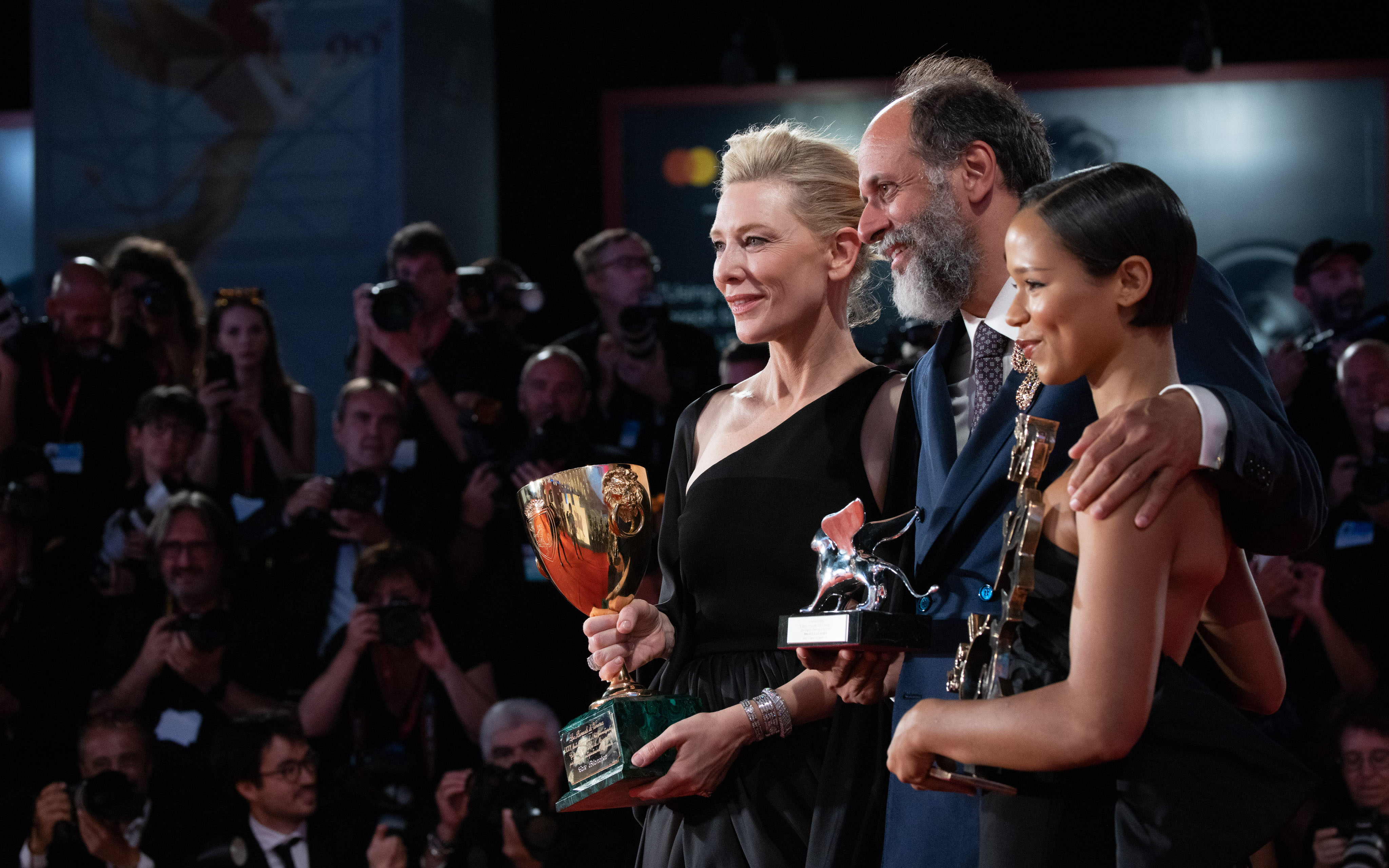 For the third year in a row, the Venice Film Festival celebrates female talent, awarding the Golden Lion to a female director. In this 79th edition it was Laura Poitras’ turn for the documentary All the Beauty and the Bloodshed, which tells the artist and activist Nal Goldin focusing a lot on her difficult battle to obtain the recognition of the responsibility of the Sackler family for the deaths of overdose from drug. An important film that deserves to be seen, as soon as it comes out in Italy (the distribution will be by I Wonder Pictures, which also brought Citizenfour to Italy, a documentary that earned the director an Oscar in 2015). However, this was not the only surprise on the prizes front, which also saw Italy as the protagonist.

The other prizes of the Venezia 79 competition

The jury chaired by Julianne Moore awarded the Silver Lion – Grand Jury Prize in Saint-Omer by Alice Diop, another film that left its mark (so much so that it also won the Luigi De Laurentiis First Work Award), narrating the story of the trial of an infanticide mother through which the director tried to make a contemporary reinterpretation of the myth of Medea.

Instead Bones and All of our Luca Guadagnino takes home two awards: the Silver Lion for Best Director and the Marcello Mastroianni Award to an emerging actor or actress which went to the female protagonist Taylor Russell.

«Making films has been my life since I was eight and I made them in super8. I have always loved taking risks, but I have had special companions by my side. This film is the result of the marriage between Italy and America, demonstrating that cinema knows no borders ”- declared a moved Guadagnino.

Who did the Coppi Volpi go to for the best actors? To Cate Blanchett for Tár and to Colin Farrell for The Banshees of Inisherin. The latter, connected via Zoom, was witty enough to mimic the delivery of the prize by pretending that the latter was a bunch of bananas.

The Banshees of Inisherin saw Martin McDonagh receive the Osella Award for Best Screenplay: Martin McDonagh. Finally, the Special Jury Prize went to Khers nist by Jafar Panahi. Recall that the latter is currently in Iran, behind bars: he is in fact one of the three directors (together with Mohammad Rasoulof and Mostafa Aleahmad) that the Tehran regime has recently jailed.

Horizons and the Vera Gemma surprise

«I thank the jury and my two directors, who deeply believed in me. I would like to tell anyone who has a dream to never give up. I dedicate this award to my son Maximus and my father Giuliano Gemma ”- said Vera, who barely managed to hold back her tears. For her, who seemed to have given up acting, it is definitely a beautiful redemption. And to think that her presence in the competition had passed almost unnoticed, silenced by the “noise” generated by other very trendy characters at the moment. But we have had the demonstration that, fortunately, art is not measured by glamorous covers.

What does this 79th edition of the Venice Film Festival leave us as a legacy? Undoubtedly many beautiful films to see and discover at the cinema (as on the platforms, for those titles that will arrive directly there), but also a rediscovered serenity and desire to experience art together with others.

What about the glittering return of the stars on the red carpet of the Palazzo del Cinema: those who, in our opinion, win the elegance award are definitely Vanessa Kirby and Monica Bellucci, while that sympathy goes to Brad Pitti, who appeared surprisingly as producer of Blonde, who walked the runway in a black dress and a nice pair of sneakers.

Much has been said about the presence of Italian influencers and not in positive terms. What do they have to do with cinema? In some cases very little, considering that there are even those who candidly admitted that they do not love the seventh art, but did not refuse the invitation to the Lido. But let’s face it, influencers are not all the same: there are those who were born models like Paola Turani and brought a touch of true glamor to the red carpet, but there are also women who are a beautiful example of girl power like Mariacristina Lilia Fogazzi alias The cynical beautician, who has built a real beauty empire by conquering social networks as well.

In reality, the presences that clashed (and not a little) with that context were the television parsley / parsley. We are talking about those who pass from one reality show to another, not disdaining some hosted in the gossippari salons, doing everything to make the news. And so this year we also came to witness a wedding proposal on the red carpet, naturally in favor of photographers. Needless to say, this was the most low profile moment of the festival.

David Martin is the lead editor for Spark Chronicles. David has been working as a freelance journalist.
Previous Campobasso, segregated at home for 22 years by her brother and sister-in-law
Next with these you solve the problem forever