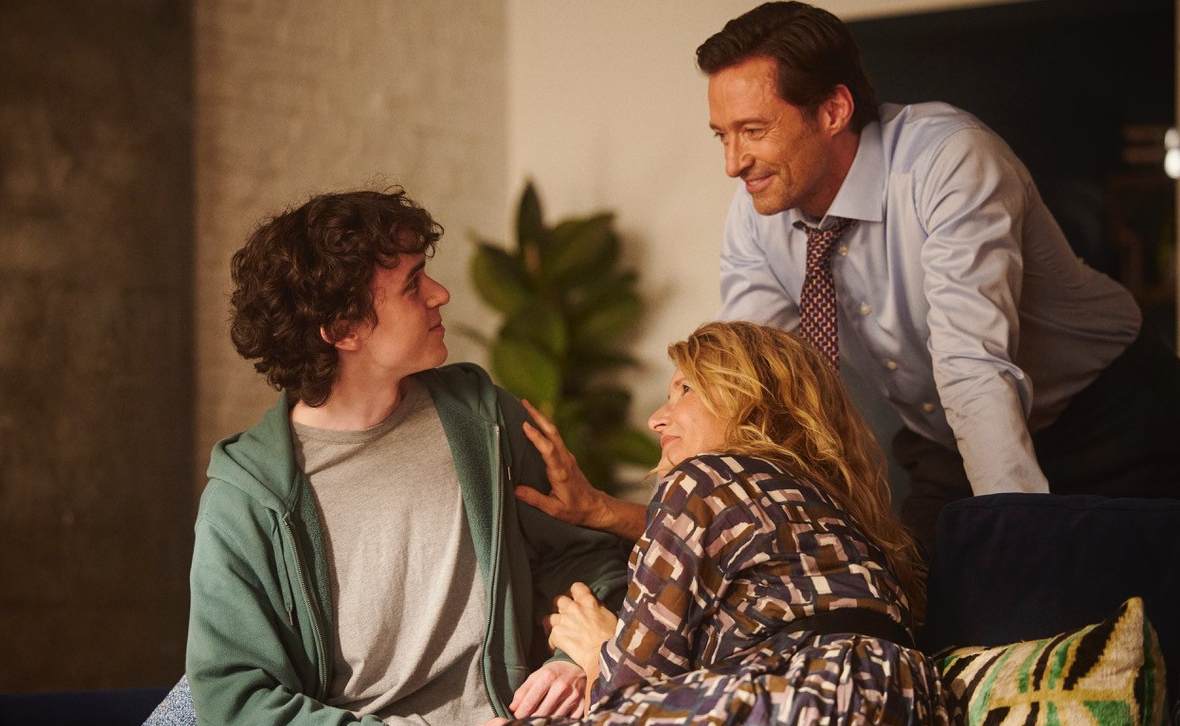 Venice 79, the best of Wednesday 7: Hugh Jackman and Vanessa Kirby at the top

C.curious incidences: at the Venice Film Festival today two films are presented in the competition that investigate the chiaroscuro of paternity (The Son by Florian Zeller) and those of motherhood (Saint Omer by Alice Diop). Casey Affleck – brother of what is becoming primarily Jennifer Lopez’s husband – plays a songwriter in a true story. But space also and to two documentaries: the ode to the strength of the Ukrainian people by and the ode to cinema by Enrico Ghezzi.

Hugh Jackman, Laura Dern and Zen McGrath in “The Son”.

After the praised (and awarded) The FatherFlorian Zeller continues his investigation into the universe familiar with The Sonstarring a Hugh Jackman more intense than ever (he had self-proposed to the director, touched by the story). In short: a very career father, with a young wife (Vanessa Kirby) and a baby just a few months old, is warned by his ex-wife (Laura Dern) that his teenage son (Zen McGrath) has secretly dropped out of school, hasn’t friends, vent his anger by cutting himself. He decides to welcome him into the house and take care of him, mindful of his past child neglected by a monstrous father almost like Hannibal The Cannibal (and in fact he is played by Anthony Hopkins).

“The Son is a film about guilt, about family ties and, ultimately, about love»Explains Zeller, also author of the play from which it is based. “I’ve been meaning to make it for several years. I was so determined to tell this story that I couldn’t tell any other one, nor from a different point of view. It is partly inspired by emotions I know personally. I wanted to share them with the public because I know that many people are confronted with mental disorders and that the shame and stigma associated with these issues can hinder necessary and sometimes vital conversations“.

Saint Omer, by French director-documentary maker Alice Diop, was also born from personal experiences. In the center is a young writer (Kayije Kagame) who, witnessing the trial of a woman (Guslagie Malanga) accused of killing her fifteen-month-old daughter by abandoning her at high tide on a beach in Northern France, after the testimony of witnesses sees every certainty put into play.

“In 2016 I witnessed a similar debate in court,” explains Diop. «I thought that the accused had wanted to offer her daughter to the sea, a” mother “far more powerful than she could be herself. Driven by an imagination steeped in mythological figures, I wrote this film as a contemporary reinterpretation of the myth of Medea, to probe the unspeakable mystery of being a mother“.

There are those who say that one suffers more for a dream that has come true than for one that has remained unfulfilled. And that’s kind of what happens in Dreamin ‘Wild from Bill Pohlad to Casey Affleck, as singer-songwriter Donnie Emerson: the success that suddenly overwhelms him at almost 50 years old has an ambivalent result, bringing hope to second chances but also resurrecting the ghosts of the past … 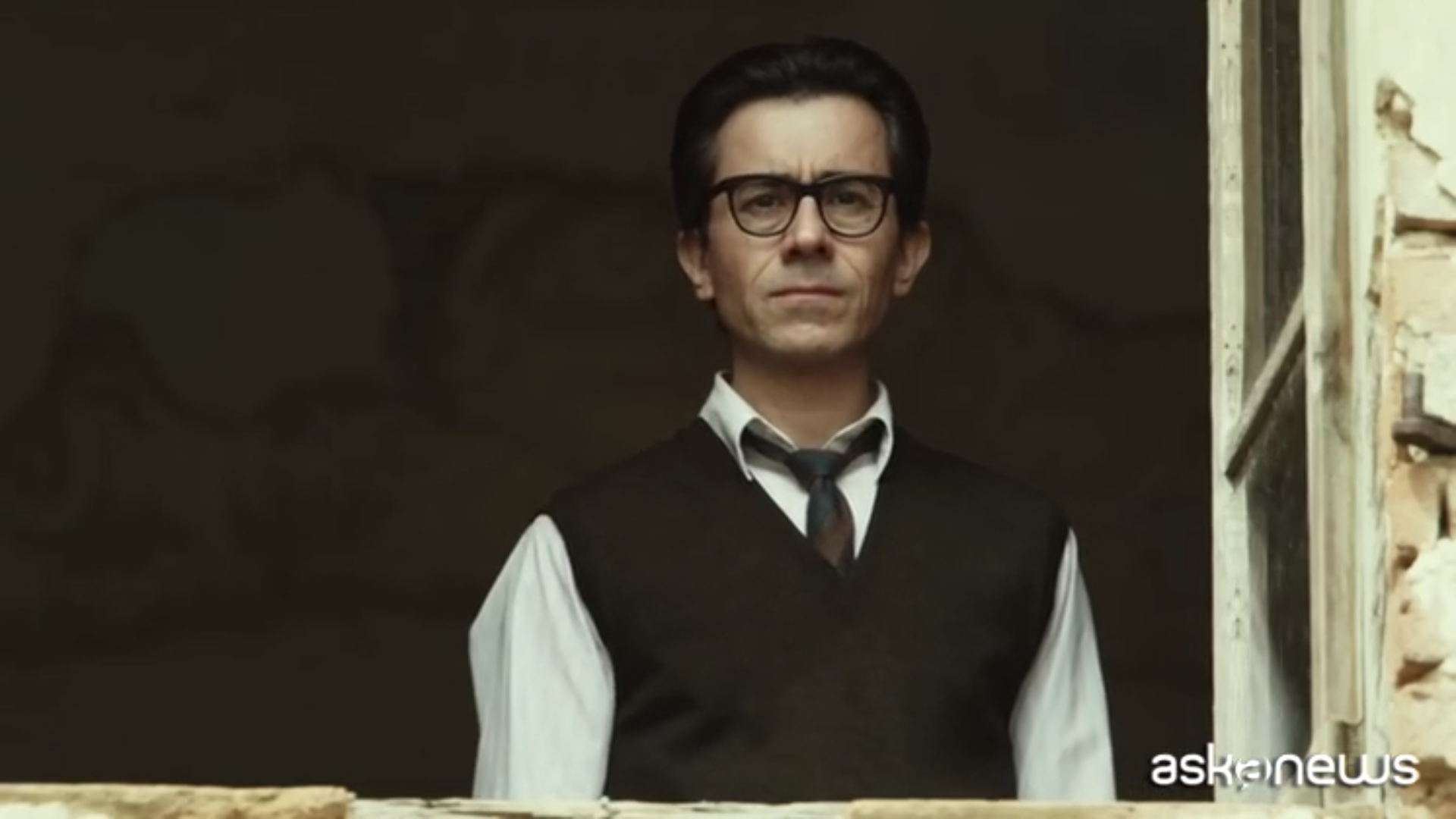 The key to interpretation is given by the director himself: «Donnie’s story intertwines love, loyalty, second chances. At the same time it is also a story of pain, regret and the complications that dreams can bring with them. Dreamin ‘Wild it has a quiet simplicity and ultimately speaks of healing, what we need more than ever in the world today“.

Venice 79, among many fictional dramas, does not forget the real ones. Here so get out of competition Freedom On Fire: Ukraine‘s Fight for Freedoman ode to the pride of the Ukrainian people of Evgeny Afineevsky. That explains: “Our team was determined to document the dire events that occurred to demonstrate true heroism to the world, the triumph of the human spirit. Today we still do not fully understand what happened in the center of Europe, to peaceful people in a peaceful country. How did this tragic war happen? Did it start now or eight years ago and has it simply gone unnoticed in the eyes of the world? And where did the Ukrainian people find the strength and anger to fight? What will happen next? We have tried to answer these questions“. A necessary documentary.

For lovers of “Out of Hours”

The last days of humanity is an unmissable event for those who have trained (gratitude!) with the films broadcast by Out of Hours (things never seen before)cult program of Rai 3 conceived and edited by Enrico Ghezzi among others. And Ghezzi himself is the director, together with Alessandro Gagliardo: «The true fracture that brings cinema into history, the one we are accustomed to think of as the history of humanity, is not adequately thought of», they explain. «Cinema is the first moment in which the world sees itself again. Then we know that it is fake, that it is a trick, that they are single frames, but while photography is a frozen instant, with the cinema we see a horse again, the world sees itself again and this in itself is a coming true that is not thought of… ». Not quite clear? And the Ghezzi touchbeauty!

David Martin is the lead editor for Spark Chronicles. David has been working as a freelance journalist.
Previous Sweden, the right wins thanks to the sovereigns. Prime Minister Andersson- Corriere.it resigns
Next Italian study: those who have had Covid are protected forever, it is useless to add the vaccine