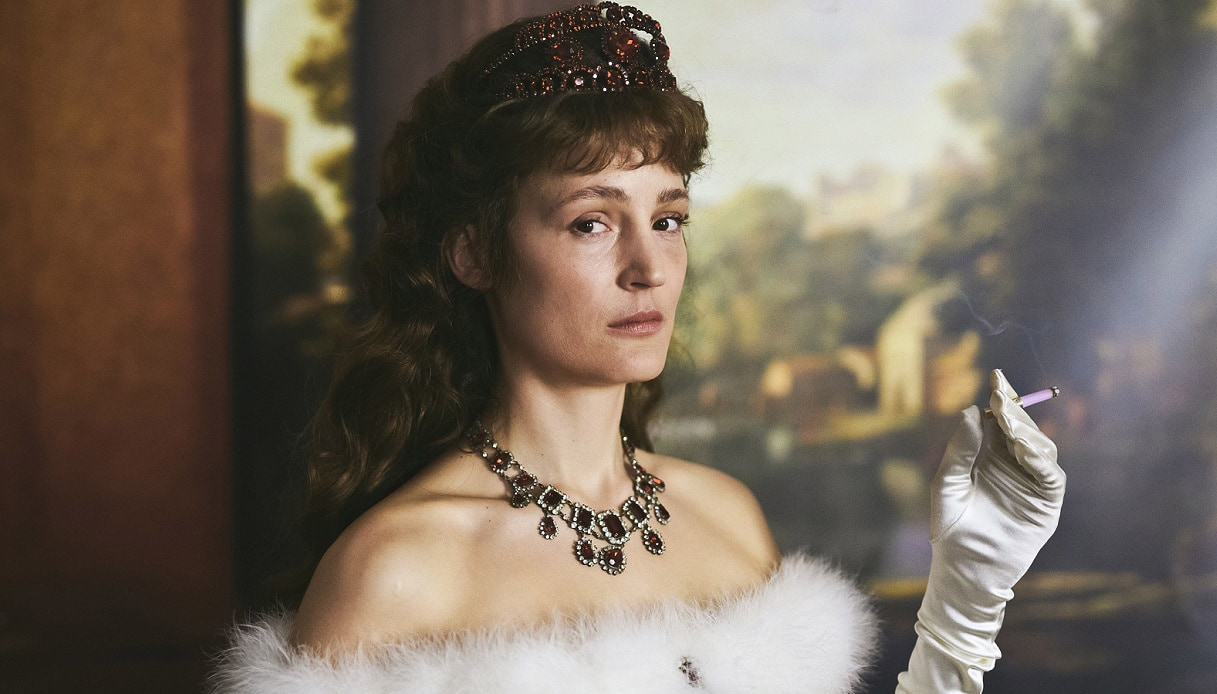 Vicky Krieps, all about the new Sissi from ‘The Empress’ corset’

The December 7thin Italian cinemas, comes out The Corset of the Empress (Corsages), the expected movie with the very good Vicky Krieps as the rebel Sissi. The film, directed by Marie Kreutzer, received well three nominations for the EFAs (for Best Picture, Best Director and Best Actress) and won the prize Un Certain Regard for best performance at the Cannes Film Festival 2022. Here is the plot, curiosities and a portrait of the Luxembourg actress.

Who is Vicky Krieps, the new Sissi

Vicky Krieps is an actress with a very contemporary style and attitude. In her new film, Corsages, the 39-year-old gives the viewer a very particular Sissi, far from the romantic figure offered in the 1950s by the legendary Romy Schneider. The director, the Austrian Kreutzer, strongly wanted her as the protagonist to entrust her with the role of an intelligent and powerful woman who constantly rebels, smokes and pretends to faint.

Vicky Krieps, born October 4, 1983 from a German mother and a Luxembourg father, in reality she had no intention of pursuing a film career. Music lover, he in fact studied at the Conservatoire de Luxembourg. After her studies, she spent a year in South Africa volunteering at primary schools near Knysna. Then, after some small experience as an actress, she Vicky decided to seriously study acting at the Zurich University of the Arts.

Since then, for Krieps it has been a succession of successes and satisfactions on the small and big screen. He took part in dozens and dozens of international filmshow Colonywith Emma Watson and Daniel Brühl; Outside The Boxby Philip Koch; The hidden thread by Paul Thomas Anderson with Daniel Day-Lewis. Recently, Vicky Kripes participated in The young Karl Marx (by Raoul Peck); Beckett by Ferdinando Cito Filomarino e Old by M. Night Shyamalan. In 2021 we see it in hug me tight by Mathieu Amalric, while the film will be released in 2023 The Three Musketeers – D’Artagnandirected by Martin Bourboulon.

The actress, who currently lives in Berlinis in a relationship with German actor Jonas Laux, with whom he has two sons: Elisa (b. 2011) and Jan-Noah (b. 2015).

The plot of the movie The Corset of the Empress

Elisabeth of Austria is famous all over the world for her beauty and for being a source of inspiration for new fashion trends. In 1877, Sissi turns 40 and is forced to fight to preserve its public image, lacing the corset ever tighter.

Sissi is divided between the desire to please (often for pure personal gratification) and intolerance towards that same culture that wants her to be beautiful, thin, responsible and appropriate at all costs. The corset is the emblem of this contradiction: it is the oppressive garment par excellence, yet Sissi wants to tighten it as much as possible, until reaching an unnatural silhouette.

While, despite her will, her role is reduced to a mere performative act of presence, Elisabetta’s thirst for knowledge and her enthusiasm for life make her increasingly restless in Vienna. Thus the empress began to travel to England and Bavaria. Sissi goes to do visit to ex lovers and friends long-standing, looking for the excitement and determination he felt in his youth. With a future of strictly ceremonial duties awaiting her, Elizabeth he rebels and concocts a plan to protect its cultural legacy.

A curiosity: no The Corset of the Empress there is also a little bit of Italy. The final scene of the film, one of the most important and exciting of the film, was shot at port of Anconaduring the summer of 2021.

David Martin is the lead editor for Spark Chronicles. David has been working as a freelance journalist.
Previous cast, plot and trivia of the film by Matt Reeves with Robert Pattinson and Zoë Kravitz
Next Natalie Portman and her bold style revolution. Between miniskirts, exposed lingerie and Dr Martens