The XXIII edition of the “Voci nell’Ombra” International Dubbing Festival, directed by Tiziana Voarino, ended on Sunday 4 December 2022 in Genoa in the Salone del Maggior Consiglio of Palazzo Ducale with the Golden Rings award ceremony for the best voices and to industry professionals who distinguished themselves in 2022.

A real party, conducted with elegance and sympathy by Maurizio Di Maggio and Patrizia Caregnato, between live music and moments of comedy. But the real protagonist was the emotion of those who saw their career crowned with an acknowledgment that brought them from the shadows of the recording studio to center stage and under the limelight.

The “Claudio G. Fava” Lifetime Achievement Award, named after one of the founders of the Festival, was awarded to Luca Biagini, voice actor among others of John Malkovich, Colin Firth, Michael Keaton, Hugo Weaving, as well as protagonist of the Rai fiction “Survivors ”, filmed in Genoa.

The Golden Ring for best general dubbing in the Cinema section went to Rodolfo Bianchi for having directed the Italian version of Joel Coen’s film “Macbeth”.

The Golden Ring for the best male and female voices in cinema was awarded to Roberto Chevalier, Tom Cruise’s voice actor in “Top Gun: Maverick”, and Federica De Bortoli, Kristen Stewart’s voice actress in the film “Crimes of the Future ”. The best voices in the television sector are those of Emiliano Coltorti, Jared Leto/Adam Neumann in the series “We Crashed”, and Laura Romano, voice actress of Viola Davis in “The First Lady”, dedicated to Michelle Obama.

The Golden Ring for best general television dubbing was awarded to Stefano Benassi for “Stranger Things”.

The prize for dialogue adaptation went to Valerio Piccolo for the film “Elvis” and to Marco Barbato for the television series “House of the Dragon”.

In the Animation Products section, the Golden Ring and the “Le Voci di Cartoonia 2022” Award were won by Chiara Fabiano, the voice of Meilin “Mei” Lee in “Red”, while for the Information Programs section, the presenter of the Rai “Geo” broadcast Emanuele Biggi collected the 2022 Golden Ring and the Green Ring, the latter to underline the quality, sensitivity and competence in dealing with environmental issues.

The SIAE AWARD went to Carlotta Cosolo, dialogue writer of films such as “The power of the dog” and the TV series “The Queen of Chess”, among others, while the LUDOVICA MODUGNO AWARD in collaboration with Paolo Modugno and the NEW IMAIE went to Alessandro Carloni.

The Festival pays particular attention to the accessibility of cultural and entertainment products for people with vision or hearing impairments, also demonstrated by the simultaneous translation into LIS, the sign language, not only of the final but of many other events. The Golden Ring in the Accessibility section was awarded to the audio description by Chiara Merlenghi for “Drought” by Virzì, while the Special Accessibility Award – for a 360° use went to the cartoon “Lampadino e Caramella nel MagiRegno degli Zampa ”, produced by Animundi and broadcast every day on Rai Yoyo, the first production that can also be enjoyed by children with sensory difficulties, thanks to subtitles with special syntax to allow easier reading, highly legible fonts, narrator as a further aid for visually impaired children, shapes and colors specially designed for autism spectrum disorders.

The Golden Rings in the Audionarrazioni Section 2021 and 2022 were awarded on Saturday 3 December in the Pinacoteca Civica of Savona, won by Sergio Ferrentino and Gabriele Calindri, respectively director and interpreter of the radio drama “Utoya: uno di noi”, broadcast on the Radio Swiss Television and dedicated to the terrorist attacks that took place in Norway in 2011.

Among the special prizes, the Lifetime Achievement Award – Professions behind the screen to the musicians Pivio and Aldo De Scalzi, authors of numerous soundtracks from “Harem Suaré” to the latest “Diabolik – Ginko all’attack!” should be mentioned. The International Cinema/Audiovisual & Sustainability Award to Fabrizia Castagnoli for the direction and adaptation of the dialogues of “Alcarràs, the last harvest”.

The twenty-third edition of the Festival is supported by MiC – Directorate General for Cinema and Audiovisual, Agostino De Mari Foundation, Liguria Region, SIAE – Italian Society of Authors and Publishers, Nuovo IMAIE, Quidam – a company from Savona with forty years of experience in flat glass processing , BPER Banca, Artis Project and by Tiziana Lazzari Cosmetics Dermatology. Participates with “Voci alla Ribalta” in the Genoa City Festival call with the support of the Municipality of Genoa, Genoa City of Festivals, Iren and Coop Liguria. 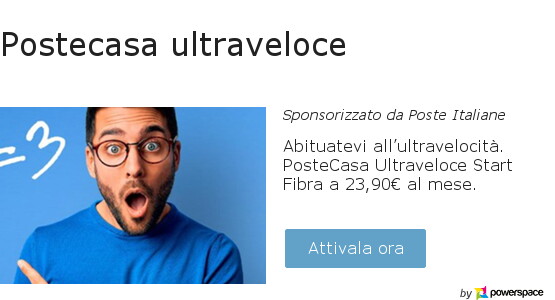 David Martin is the lead editor for Spark Chronicles. David has been working as a freelance journalist.
Previous Ftx case, the class action promoted by Codes and Fci starts – Il Golfo 24
Next Johnny Depp and Amber Heard, Law & Order is thinking about an episode about their trial