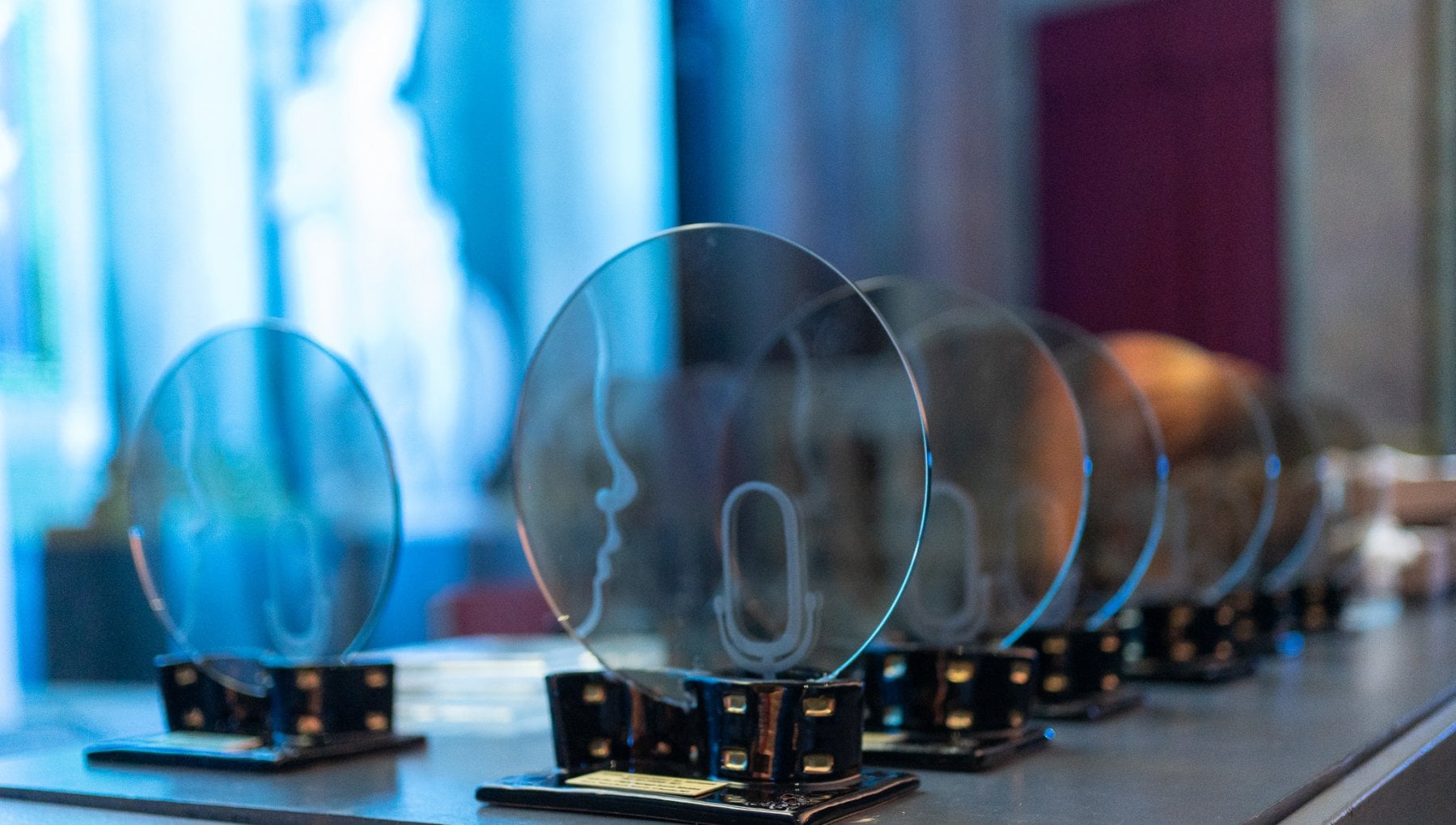 Voices in the shadows, Sunday the awards ceremony of the international dubbing festival

They are the Italian voices of Tom Cruise, Harvey Keitel, Kristen Stewart, Jared Leto, Dominique Davenport, Austin Butler, Kenneth Branagh, John Malkovich. They are the entries celebrated every year since International dubbing festival “Voices in the shadows”, which rewards the excellence of dubbing in cinema, television, audiovisual products and more. The event, organized by theCultural Association Resources – Projects & Enhancementhas the direction of Tiziana Voarino and arrived at XXIII edition scheduled from 28 November to 4 December 2022 between Savona and Genoa.

«”Voices in the Shadows” – declares the president of the Liguria Region Giovanni Toti – continues to be a point of reference for the sector, having been the first event dedicated to dubbing in Italy. Regione Liguria supports this festival with the aim of further stimulating the network created, and the appeal of our region as a film set underlines the good work done, also in the area of ​​promotion of the territory. Dubbing, which certainly represents an excellence of our country, is part of a rich cultural panorama that can also represent a job opportunity and the enhancement of talent for our young people». «Do you know Maverick’s exploits in the latest Top Gun? We too – he declares Tiziana Voarino, director of the “Voices in the shadows” Festival – sometimes we think we can’t do it, but with determined solutions we find a way to get back up and give the steering stick the necessary direction and strength. We can count on the originality of the idea and the format because our Festival was born twenty-three years ago, and even more: multidisciplinary and multilevel since ever, it grows and evolves without fear, sows seeds with care and attention, chisels the message of excellence, quality, growth, improvement, accessibility, objectivity, focusing on a large network of collaborations, which for this twenty-third edition are about one hundred and twenty with a profitable exchange of energies between the territory and the panorama nationally and internationally”.

“Voices in the shadows” was the first Italian operation to enhance the professions and excellence of a sector in which our nation is recognized as a model. With the over three hundred awards delivered has helped to discover who are the voices in the shadows, the Italian stunt doubles of Hollywood stars, professionals capable of stimulating the public’s imagination with the most impalpable element that exists: the voice. Over the years it has paid specific attention to its value as a communication tool accessible to the visually impaired. The days of the festival end with the Honor night scheduled Sunday 4th December at 18 in the Sala del Maggior Consiglio del Ducal Palace of Genoa (and which will be broadcast live on the Repubblica website), conducted by the radio announcer Maurice of May and the TV reporter Patricia Caregnato. It will also be possible to follow it using the sign language translation – LIS. During the evening of honour, the names of the winners of the XXIII International Dubbing Festival “Voci nell’ombra” will be revealed, to whom the prize will be awarded Gold ring, the ancient unit of measurement of dubbing referring to film rings, now replaced with the time code. A jury of industry experts (all the names on the page https://www.vocinellombra.com/giuria/) select the best products of the previous season every year and insert them in the list of nominations.

These the film nominations: Rodolfo Bianchi for MacbethMario Cordova for CyranoRoberto Gammino for Elvis in the section Best Overall Dubbing; Roberto Chevalier for Tom Cruise, Pete “Maverick” Mitchell in Top Gun: MaverickMaurizio Merluzzo for Austin Butler, Elvis Presley in ElvisNiseem Honored for Benedict Cumberbatch, Phil Burbank in The power of the dog in the section Best Male Vocal; Federica De Bortoli for Kristen Stewart, Timlin in Crimes of the FutureElena Perino for Alana Haim, Alana Kaner in Licorice Pizza Valentina Favazza for Ana de Armas, Marilyn Monroe in Blonde in the section Best Female Vocal. These the nominations for television: Stefano Benassi for Stranger ThingsGiampaolo Gammino for Partner Tracks and Fabrizio Mazzotta for The Marvelous Mrs Maisel – The Marvelous Mrs Maisel for the section Best Overall Dubbing; Emiliano Coltorti for Jared Leto, Adam Neumann in We CrashedStefano Crescentini for Tom Sturridge, Morpheus/Dream in The SandmanAntonio Sanna for Kenneth Branagh, Boris Johnson in ThisEngland for the Best Male Vocal; Laura Romano for Viola Davis, Michelle Obama in the First LadyGiorgia Brunori for Dominique Devenport, Elisabetta “Sissi” in SisiEmanuela Ionica for Zendaya, Rue Bennett in Euphoria for the Best Female Vocal.

Will go to Luca Biaginivoice of John Malkovich, Colin Firth, Michael Keaton, as well as among the protagonists of Rai fiction Survivors filmed in Genoa. You will receive the Special accessibility award – 360° usethe cartoon Light Bulb and Candy in the MagiKingdom of the Zampasproduced by Souls broadcast every day on Rai Yoyo, the first production that can also be used by children with sensory difficulties thanks to subtitles with a special syntax to allow for easier and faster reading, highly legible fonts, narrating voice as a further aid for the visually impaired, forms and colors specially designed for autistics dialogue writing, in support of deaf children.

It will be handed over to a young talented adapter and dialogue writer. Since 2015, SIAE – the Italian Society of Authors and Publishers has been supporting the Festival as part of a policy dedicated to promoting and enhancing young talents and their training and career paths.

This year was established the Award named after Ludovica Modugno in collaboration with her brother Paolo Modugno and Nuovo IMAIE intended for a teenage voice actor, which will be delivered for the first time. TO Pivio and Aldo De Scalzi will go the Award behind-the-screen professions such as soundtrack composers Golden Rings will also be awarded for the sections film adaptation, television adaptation, animation products, accessibility and audio descriptions, television and information programs and the 2022 podcast awards.

David Martin is the lead editor for Spark Chronicles. David has been working as a freelance journalist.
Previous The Henry Stickmin Collection Free PC Game Download Full Version
Next Brie Larson: The Captain Marvel sequel was more difficult to make than the original