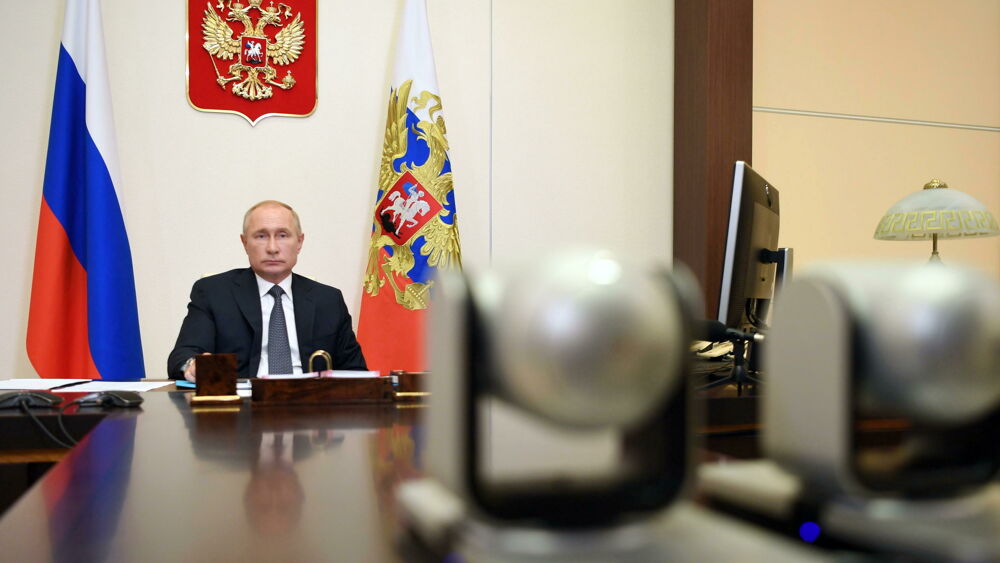 Information is a valuable commodity, especially in warfare. Whether we are talking about propaganda, with messages conveyed artfully, or whether we are talking about real narration, they are essential to understand what really happens. With the internet, the amount of information available multiplies, as well as the sources. A front of the war between Russia and Ukraine is open right on the Net. But the issue concerns everyone. The focus is on the date of March 11, tomorrow. According to what was announced by the Russian Deputy Minister for Digital Development, Communication and Mass Media, on this date “all servers and domains must be transferred to the Russian intranet”. It means abandoning the World Wide Web. It is not a stroke of the towel, but it would imply – the conditional is a must – moving to a Russian-only virtual space: Rucom or RuNet his name. Really possible? What does it mean?

The indication is to move the hosting to Russian services and remove from the web pages all references to objects residing on foreign servers. The government directive also obliges to use exclusively DNS servers (the address databases of Internet sites), physically managed on Russian territory, by next Friday. This has the stated purpose of disengaging Russia from ties with other countries and increasing security.

It is not an idea born today, mind you. A parallel network is not born in 24 hours. Already in 2019 Vladimir Putin had pushed the accelerator on a “sovereign internet” network, a national network protected from security threats from abroad and at the same time there was talk of the creation of a Russian dns (domain) system independent of the scheme used in the rest of the world. And Putin has company: Iran has promoted similar initiatives and China has turned to the “Great Firewall”, a censorship and surveillance apparatus that represents an even more drastic and severe measure.

Russia and Ukraine: opposite sides but the same request

A similar request came from the Ukrainian Deputy Prime Minister, Mykhailo Fedorov, who had urged the ouster of Russia from the cyber world. A request immediately rejected by ICANN (Internet Corporation for Assigned Names and Numebers), the body that is responsible for managing the Internet worldwide because, according to the answer given, the Russian people would have been penalized and because the body would have lost its neutrality.

However, according to the announcement, Russia is moving on its own in the direction of isolation. A curious coincidence of intent if we want, but which clearly delineates how much information has a double value: attack and defense.

In fact, moving all internet traffic to “internal” networks is highly unlikely. It is always possible to reach the sites through their respective IPs or using tools such as VPN and Tor Browser that allow you to follow different routes. Of course, not everyone will be able to do this. But it is not an impossible undertaking.

What is certain is the growing scrutiny of the authorities who can determine which sites can be accessible, and which are not. Even here, however, the signs were all there. The Russian communications authority has for weeks already announced the blocking of Facebook for what they call discrimination against Russian newspapers. Indicative is the fact that a few days ago the Farnesina warned the Italians in Russia: “Since March 5, the Russian Federation has adopted restrictive measures regarding the use of media and social media. own accounts, could have significant consequences. Therefore, we recommend extreme caution in the use of these means of communication “. And looking at our house, the alert of the Italian Cybersecurity Agency which would have invited public administrators, institutional bodies and critical infrastructures to be cautious, encouraging them to pay particular attention to updates, backups, peripheral defenses and phishing attempts should not be underestimated.

What we need to think about is that today the barriers are not just physical. Isolation has a thousand faces, information remains central. For better or for worse and this should appeal to everyone, professionals in the sector and not, to use them more consciously

He likes dogs, pizza and popcorn. Already a fanboy of Nintendo and Sony, but today throws anything. He has collaborated on sites and magazines such as GameBlast, Nintendo World, Hero and Portal Pop, but today is dedicated exclusively to Spark Chronicles.
Previous Verona-Naples, it will happen on Sunday at the Bentegodi: the data
Next Trek to Yomi, new trailer at the State of Play for the samurai game – Nerd4.life