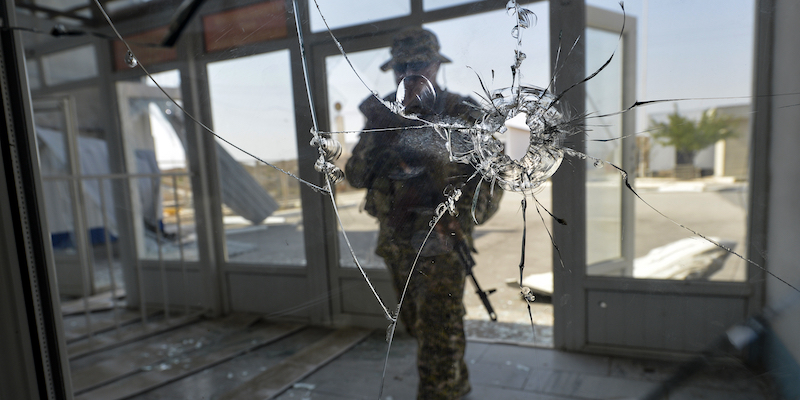 What happens between Kyrgyzstan and Tajikistan

In recent days on the border between Kyrgyzstan and Tajikistan, in Central Asia, 94 people have been killed and over 100 injured in violent clashes between the armies of the two countries. The violence, considered the most serious in recent years, began due to the territorial disputes that had been going on for some time between the two former Soviet republics.

According to the two governments involved, at least 59 people were killed in the clashes in Kyrgyzstan and 35 in Tajikistan, including several civilians. The Kyrgyz government also said around 140,000 people were forced to leave their homes.

The clashes began last Wednesday in the Batken region, a mountainous area on the border between the two countries where even last year there were very violent clashes. The governments of Kyrgyzstan and Tajikistan have accused each other of initiating the violence by attacking with heavy weapons – including tanks, mortars and bombings – their respective outposts and settlements near the border.

After several preliminary meetings between government officials, the presidents of the two countries – Sadyr Japarov of Kyrgyzstan and Emomali Rahmon of Tajikistan – reached a ceasefire agreement on Friday while they were in Uzbekistan at a meeting of the Shanghai Cooperation Organization. which in addition to Kyrgyzstan, Tajikistan and Uzbekistan also includes Kazakhstan, China and Russia.

It seems that the pressure of Russia, a country close to both governments and which has military bases in both territories, contributed to the achievement of the ceasefire. Russian President Vladimir Putin made it known that he phoned the two presidents on Sunday and encouraged them to resolve their disputes “as soon as possible” and “exclusively by peaceful and diplomatic means”.

For now, the ceasefire seems to hold: on Saturday there was a brief resumption of clashes, but on Sunday evening the National Security Committee of Kyrgyzstan, a body that also deals with intelligence, had declared that the situation at the border was “tense But calm and stabilizing. The Kyrgyz government had also announced the withdrawal of its forces from the border.

Territorial disputes between Kyrgyzstan and Tajikistan are entrenched. The two countries gained independence in 1991, with the dissolution of the Soviet Union, and the border that separates them has been the subject of disputes ever since, mainly due to how it was drawn in Soviet times, i.e. partially, incomplete and without take into account the actual disposition of the different ethnic groups present in the area.

Over the years these disputes have led to numerous clashes, which began over very concrete issues such as access to roads or water, which is fundamental for agriculture. These clashes usually subside rather quickly, although they escalated last year and resulted in the deaths of around 50 people and the evacuation of thousands of civilians.

– Read also: There is a whole world in the “stan”

Videogames entered his life in the late '80s, at the time of the first meeting with Super Mario Bros, and even today they make it a permanent part, after almost 30 years. Pros and defects: he manages to finish Super Mario Bros in less than 5 minutes but he has never finished Final Fight with a credit ... he's still trying.
Previous KOGE – JUVENTUS 1-1 – The game ends here. Pokorny calls, Nilden answers. Everything will be decided at Moccagatta
Next Matera Film Festival, director Patty Jenkins will be the guest of honor