What is Quibi? The United States had talked about it for months, and a few days after launch it has already the confirmation of the first promise kept: Quibi is, yes, a streaming platform, but is different from all the others. Its uniqueness is given by the type of content offered: original videos of short duration – less than ten minutes each – and designed to be enjoyed on a smartphone or tablet.

As I said, Quibi is not yet another platform in the fight for a slice of subscribers on a market streaming that we have come to know. At the time his original productions may not fill a catalog that comes close to the proposals of the Netflix, Prime Video or Disney+. Nor we can wait for his video respect automatically the criteria of the traditional genres.

The original productions Quibi fall into three macro-areas: Movies in the Chapters, Unscripted and Docs, Daily Essentials, approximately The Film in chapters, Reality shows and documentaries, the News of the day. The first category encompasses projects with higher budgets, in which are involved big stars of tv and cinema. The second includes docuserie, reality show, talk show, games and prizes, variety and competition. The third is focused on the news of the last hour, information programs, horoscope, gossip, lifestyle, meditation.

To allow users to familiarize themselves with the platform Quibi offers a free trial period of 90 days, after which you can choose between two types of subscriptions. The first costs 5$ per month (with ads) and the second 8$ per month (without ads). The service is designed first and foremost for the american public and canadian, but the app Quibi is also available for download by users the Italian. At the time, however, the contents are only available in the original language.

Related Post:  Attack on Power 3 - Angel Has Fallen: The Adrenaline-Fueled Italian Trailer for the Action Film

The catalogue of Quibi will be enriched with the passage of weeks and months, but some of the show featured the debut of the platform have already caught the attention of the critics, the u.s., albeit with conflicting opinions.

When the Street Lights Go On, for example, is a mystery drama initially conceived for the cinema and then adapted to the innovative mass production of Quibi. Events are held in the summer of 1995, and the protagonist, young Charlie (Chosen Jabocs), who discovers the corpses of his English teacher and a school mate, in a forest of Illinois.

Survive marks the return on the screens of Sophie Turner after the conclusion of Game of Thrones. In this series Turner plays Jane, a young woman awakening in the middle of nowhere, after a catastrophic plane crash. Around her the empty, with the exception of a sole survivor, played by Corey Hawkins.

Among the original productions Quibi also I Promise, already acclaimed by critics for its emotional, gentle but not boring here. The series, produced by LeBron James, revolves around the The Promise School, his school for boys grew up in difficult areas of Akron, Ohio, which is accessed not on the basis of merit or to the district of origin but on the basis of a lottery.

Designed and conducted by Ashton Kutcher on MTV in the early years of this decade, Punk’d gets a new look for Quibi. The reboot keeps the premise of the original series, i.e. to present the sketch in the form of candid camera to make fun of famous people. In this new edition, the presenter is Chance the Rapper. 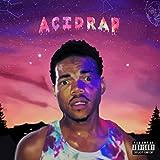 Among the so-called series unscripted there is also Chrissy”s Court. There are those who knows as the star of Twitter, who as ironic wife of John Legend, but Chrissy Teigen it is also, and above all, a character is incredibly comfortable in front of the cameras. In Chrissy”s Court is a judge responsible for resolving smaller issues in making decisions really binding. A format that recalls our Forum, but enriched by comparsate of her husband John and the couple’s children. 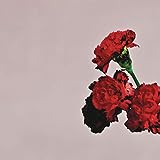 The complete list of the show original Quibi, including the calendar of future output, is available on the the official website of the platform. Stay updated on new releases on Quibi is definitely a good idea: in the next few months will see the light productions at the highest concentration of Hollywood stars.

Goldie Hawn, Kate Hudson, and her daughter appear on the cover...

“The 8th season will be heartbreaking”

The daughter of The Rock Simone Johnson appears on RAW

Kate Hudson, Oliver Hudson laughs at the rumors relating to his...

Kate Hudson boasts a ‘tummy’ in the final stretch of your...