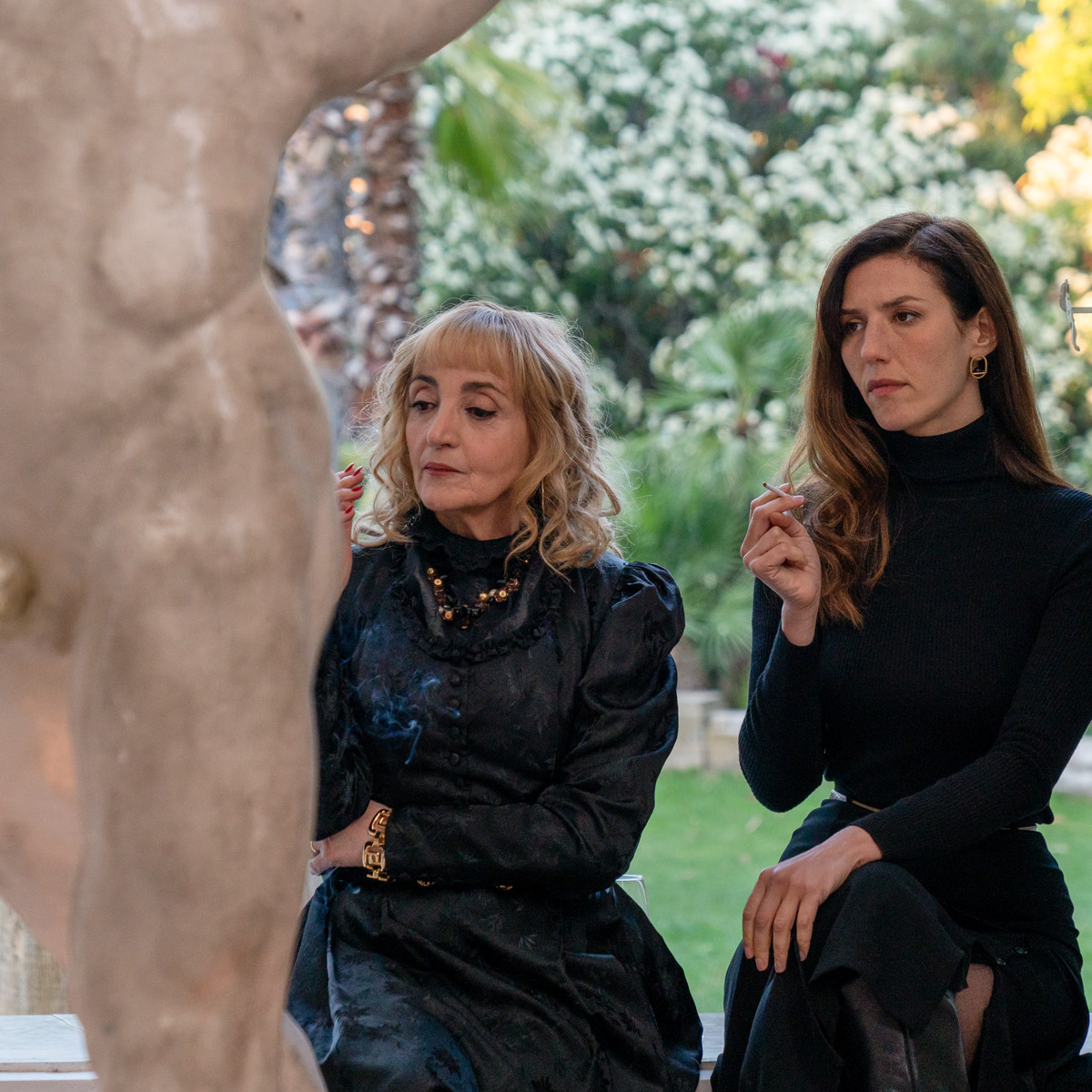 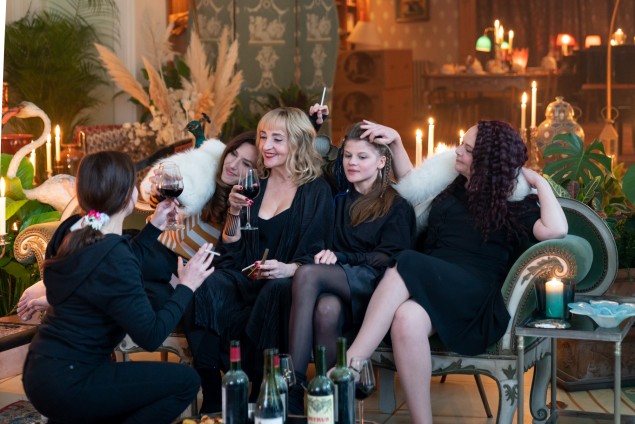 Family group in luxury hell, ie A family vice by Sébastien Marnier, premiered at the Venice Film Festival (Orizzonti Extra section). Tense and Chabrolian thriller, for us it is the film not to be missed in theaters this weekend (in theaters thanks to I Wonder Pictures). In streaming we recommend horror instead Nanny (Jury Prize at Sundance 2022) and the multi-award winning musical at the Oscars La La Land.

Secrets and lies, contrasts between poverty and wealth and, finally, very rhythmic dances. The film to see at the cinema at the weekend is the tense A family vice by Sébastien Marnier with Laure Calamy, Doria Tillier, Dominique Blanc, Jacques Weber and Suzanne Clément.

While for fans of streaming we suggest political horror Nanny by Nikyatu Jusu (Grand Jury Prize at Sundance 2022) and, finally, the musical – now a true recent “classic” – La La Land by Damien Chazelle with Emma Stone And Ryan Gosling.

The film to see at the cinema

A family vice by Sébastien Marnier (screened for I Wonder Pictures)

One of the most interesting and disturbing films seen at the last Venice Film Festival arrives in theaters (Orizzonti Extra section), A family vice by Sébastien Marnier (the original French title is more effective The origin of evil“the origin of evil”).

It tells of Stéphane (Laura Calamy), a woman who works in a canning factory. A sad, monotonous and gray life. Every evening the woman comes home to a sublet room and in her spare time she visits her partner (Suzanne Clement), who is in prison. One day, Stéphane decides to contact his father, Serge (Jacques Weber), which he never knew. The two talk on the phone and the man, a rich businessman from the Côte d’Azur, agrees to meet her. Stéphane wants what is financially due to her, but he has to contend with her “legitimate” daughter (Doria Tillier), his current wife (Dominique Blanc of the Comédie-Française) and a series of unlikely relatives and in-laws. Each character hides a secret…

The French author Sebastien Marnier (former director of Irreproachable And The last hour) writes and directs a work of gloomy hues, where family drama, black comedy (sometimes we laugh through gritted teeth), thriller and noir.

The reference model is clearly the “atmospheric thriller” a la Claude Chabrol, but the work has its own originality. It takes a good look at contemporary identity crises and the distortion of affections at the time of the most extreme capitalism. Between sudden luxury, appearance, lies and collapsing patriarchy…

Excellent cast in which the “father” stands out Jacques Weberperfect in giving Serge ambiguity and unpleasantness. 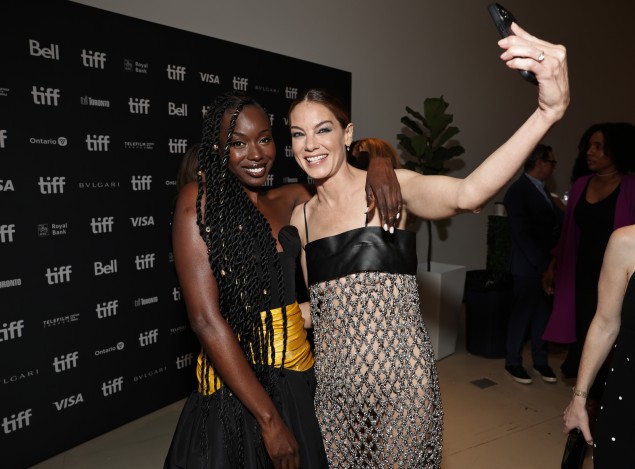 Anna Diop and Michelle Monaghan at the presentation of the film Nanny at the Toronto International Film Festival. Nanny by Nikyatu Jusu also won the Jury Prize at the Sundance Festival. It’s one of the movies we recommend streaming this weekend.

Two movies to watch in streaming

If you have loved Escape – Get Out And Us – We by Jordan Peele, you might be interested in the new socio-political horror Nannywork before Nikyatu Jusuvisible on Prime Videos (also producer of the project). Tell the story of Aisha (Anna Diop), a young Senegalese immigrant in New York. The girl gets a job as nanny“nanny,” of an upper-class white Upper East Side girl, daughter of haughty Amy (Michelle Monaghan). Between sudden horrific visions and disturbing dreams, Aisha’s harsh everyday life is tinged with fear, her “American dream” shattered.

Giving face and body to Aisha, the talented actress Anna DiopSenegalese origins, already seen in the iconic Us – We by Peele and in the series titans. Co-produces the company experienced in the genre blumhouse (Black Phone, Insidious…). At times rather schematic and “thesis”, but the scares between reality and nightmare are guaranteed. Grand Jury Prize at Sundance 2022.

For looks that are not too impressionable. 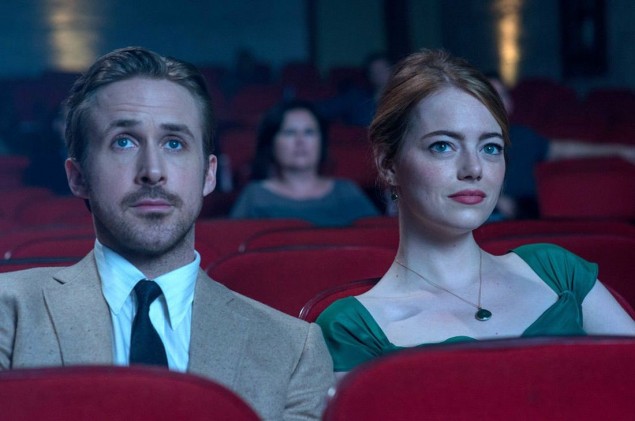 Ryan Gosling and Emma Stone in the musical La La Landnow visible for free on RaiPlay.

Waiting to witness the river (over three hours of duration) Babylon Of Damien Chazelle (in cinemas from 19 January), can be viewed at RaiPlay the film that made the young American author a superstar. Comes streaming La La Land (Volpi Cup in Venice a Emma Stone and then six Oscar winners).
My (Stone) is an aspiring actress who supports herself by waitressing in a diner. Sebastian (Ryan Gosling) is a jazz pianist. They meet, dance, sing and love each other until they whirl in the starry sky…

A lockout, dreamed of, exciting and “eternal” love story. La La Land (the title is one of the nicknames that refer to the more frivolous and dreamlike side of the “City of Angels”) has a timeless grace and feeling. It is a tribute to love in music, but also an ode to vintage and to the apparently “endangered” art forms: jazz, avant-garde theatre, cinemas, the giant format CinemaScope…

David Martin is the lead editor for Spark Chronicles. David has been working as a freelance journalist.
Previous Women’s haircuts 2023: all the trends
Next Doctor Strange in the Multiverse of Madness longlisted for “Best Visual Effects” at BAFTAs 2023