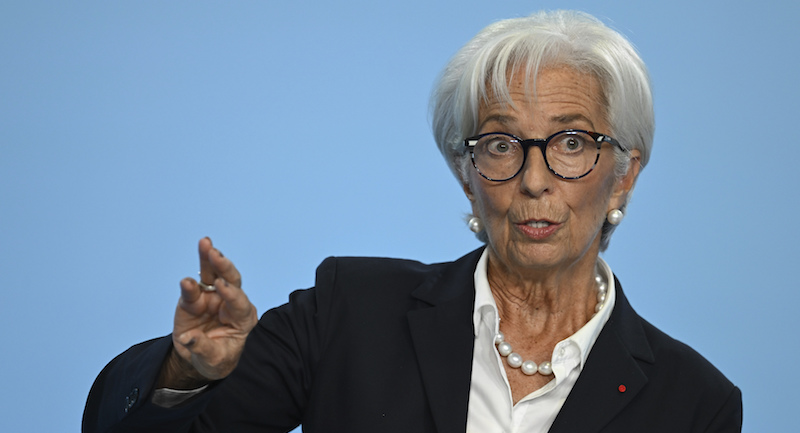 Central banks around the world have been raising interest rates for months. They do this to keep inflation under control, that is the general increase in the price level, which is putting families and businesses in difficulty everywhere. For example, in Italy in October prices were 11.9 percent higher than a year ago, while in September in countries that adopt the euro the increase was on average 10 percent.

These are important increases, which have not been seen since the 1970s, and are generated above all by the increase in the cost of energy, caused by the war in Ukraine, but also by all those economic consequences of the pandemic that have made many materials more expensive and sometimes impossible to find. prime. Central banks therefore have the task of putting into practice a series of measures to make prices fall, the main one being the increase in interest rates.

Inflation affects everyone, because incomes and wages do not immediately adjust to the high cost of living, but weighs much more on those with lower incomes, on those who allocate most of their income to livelihood consumption, such as food, medicine, etc. bills and so on. ISTAT calculated that in September inflation for the poorest segment of the Italian population was four percentage points higher than for wealthier families. This is why it is commonly called the “tax on the poor”, because with the price increases their income becomes even lower and often runs out.

It is the unfairness of this phenomenon that makes the fight against inflation so important.

This prerogative belongs to central banks, that is the public financial institutions that issue coins and banknotes and which are responsible for all monetary policy decisions. There is one for each country or area that shares the same currency: the countries that adopt the euro (which represent the so-called “Eurozone”) have the European Central Bank, the United States the Federal Reserve, the United Kingdom the Bank of England and so on.

Interest rates are the main tool available to central banks for the direction of monetary policy, that is, the set of decisions that guide the trend of the currency, financial markets and above all inflation. Basically they are the rates at which central banks lend to other banks and therefore represent the cost of money.

When they are reduced, the goal is to stimulate the economy: low interest rates encourage borrowing to buy things or invest, precisely because the rates of loans and mortgages fall. For example, people buy more houses, so they hire more workers to build or renovate them; these in turn will have more work and greater spending possibilities, and so the economy grows.

On the other hand, when rates are raised, the objective is the opposite. In fact, we want to “cool” an economy that is growing too much, and which in jargon is defined as “overheated”. It is an economy in which people want to consume much more than the system can produce: demand far exceeds supply, with a consequent increase in prices and therefore in inflation.

Simplifying a lot, with higher rates making investments and consumption becomes less convenient: for example, it becomes more expensive to ask for a mortgage to buy a house, a loan to buy a car, or a loan to open a new business. The result is that consumers and entrepreneurs often postpone investments, thus causing a slowdown in the economy and therefore a decrease in inflation: people buy less, invest less, and prices fall.

However, there is a side effect: if the economy “cools” too much, there is a risk of a recession, from which it can then become difficult to get out. This is why central banks have a particularly delicate task: they have to slow the economy down enough to bring inflation under control, but not too much. This balance is very difficult to achieve, because the effects of the rate hike are usually seen after months, and there are no reliable indicators to predict how things will go.

However, this is a risk that central banks must take, albeit with some controversial implications from the political world, which instead would like the economy to grow forever. Price control is exactly why these institutes exist. To give an example, the statute of the European Central Bank identifies price stability and inflation within 2 per cent in the medium term as its main objective.

In modern economies, these financial institutions are independent, that is, they cannot be put under control by politics, precisely to avoid the risk that, in the name of unlimited growth, citizens will then have to deal with a cost of living that they cannot afford.

The variety offered by video games never ceases to amaze him. He loves OutRun's drifting as well as the contemplative walks of Dear Esther. Immersing himself in other worlds is an incomparable feeling for him: he understood it by playing for the first time in Shenmue.
Previous Cateno De Luca discharged from the hospital: “Thank you, I’m moved”
Next The pickleball tries to get serious