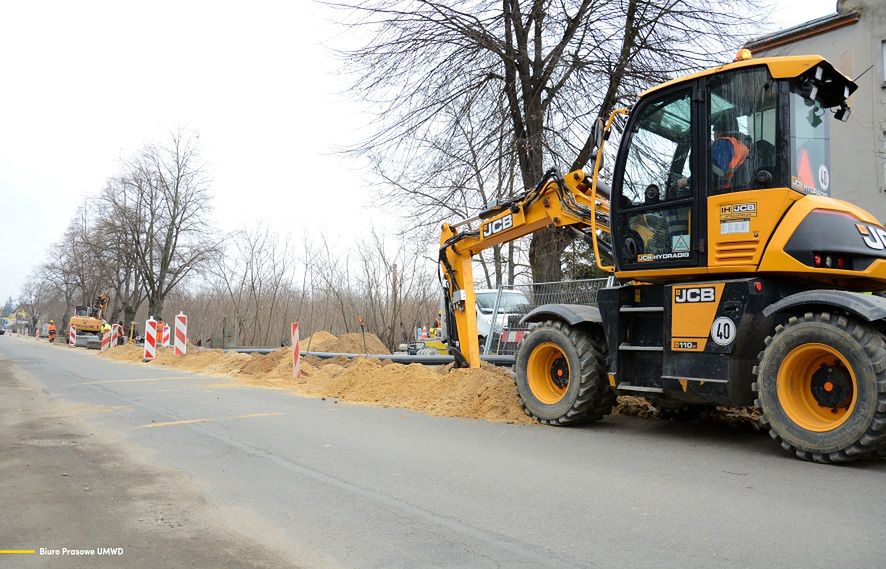 Will the Polish Deal sweep away small and medium-sized construction companies? Road workers are calling for a change in regulations

Local governments may send three grant applications each: up to PLN 5 million, PLN 30 million and PLN 65 million. The level of co-financing depends on the investment. It is the most profitable to submit, for example, road repairs and construction, for which you can receive a subsidy of 95%. This, of course, translated into the results of the first recruitment, which the road builders were particularly happy about. Only the aforementioned Łódź will receive nearly PLN 78 million for the reconstruction of two streets. One is to lead to the S14 road, the other to the A1 motorway.

The Polish Chamber of Commerce for Road Construction, however, sees the matter completely differently. OIGD notes that Mr.the program “probably” unintentionally by the government will hit small and medium-sized enterprises. Because according to the regulations, the contractors of subsidized investments are to finance the tasks for which local governments have been awarded a subsidy. Actually, a promise that they will get.

– In practice, this will mean that entrepreneurs will use their own funds to implement investments, and they will receive the payment only when the contracting authority settles accounts with Bank Gospodarstwa Krajowego. – says Barbara Dzieciuchowicz, president of the Polish Chamber of Commerce for Road Construction, quoted by Rynek Infrastruktury.

Polish Deal only for road tycoons?

The Chamber twice appealed to Mateusz Morawiecki to change the regulations. In both letters addressed to the prime minister, the president of OIGD points out that the government program favors the largest players who can afford to finance the works. And hence the payment of building material suppliers, subcontractors and, in general, employees of all companies involved in the works.

“Banks and insurance companies are currently not very favorable to investing funds in the road industry, so obtaining loans for the Polish Order Program by entrepreneurs in this way seems difficult or even impossible to obtain” – we read in a letter to Prime Minister Morawiecki. According to road construction workers, it will be even more difficult to obtain loans if the tenders resulting from the program are announced by local governments in waves, at the same time.

See also: Government misrepresentation on tax reform. The minister straightens: they are going to align

For “normal” investments, the contracting authority pays the contractor money in tranches. Together with the progress of work, for example. In the case of tasks subsidized under the Polish Łada, the money will be paid in tranches (but only in two) only for works planned for at least 12 months.

Therefore, OIGD calls on the prime minister to “change the rules of payment of funds from the Program to applicants, so that these funds are transferred to local governments on separate accounts on a monthly basis, to enable the payment of remuneration to contractors on the basis of interim payment certificates or partial acceptance protocols. This will enable Polish road entrepreneurs to participate in the implementation of works more broadly, which will increase competitiveness and constitute a real counteraction to the socio-economic effects of COVID-19, for which the Government Fund Polish Order: Strategic Investments Program should be used.“

The variety offered by video games never ceases to amaze him. He loves OutRun's drifting as well as the contemplative walks of Dear Esther. Immersing himself in other worlds is an incomparable feeling for him: he understood it by playing for the first time in Shenmue.
Previous Nicolaus Fest, German MEP on Sassoli’s death: Finally this dirty pig is gone
Next Lineups for the game Napoli – Fiorentina. The great return of Drągowski is the decision regarding Krzysztof Piątek