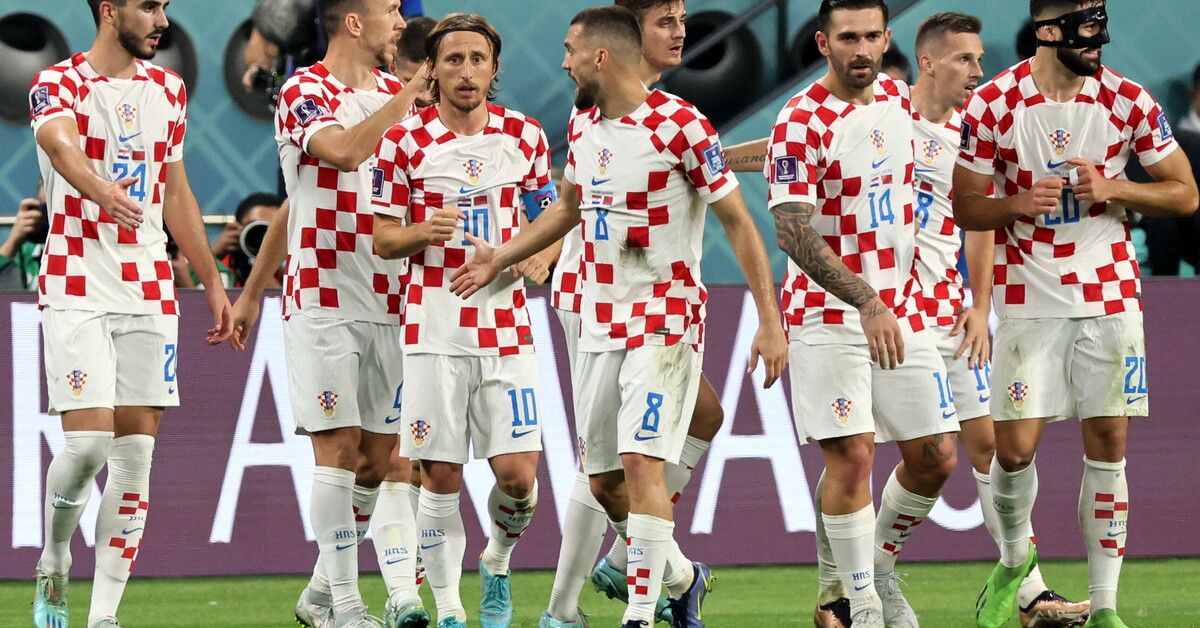 At the International Stadium Khalifa Gvardiol and Dari open the dance, then Orsic decides the match with a magic right

There Croatia closes the 2022 World Cup in third place. In the consolation final the team of Dalic beats Morocco 2-1 and ends the tournament on the podium. A match played at a high pace and with many chances is staged at the Khalifa International Stadium. In the first half Gvardiol (7′) concludes a free-kick pattern to perfection and unlocks the match, then Dari (9′) equalizes the score by anticipating Livakovic And Orsic (42′) brings the Croatians forward with a right-footed spell. Goal that decides the match and third place in Qatar 2022. In fact, in the second half, the teams continue to push, but are no longer able to score.

THE MATCH
Rhythm, goal and show. In Qatar, the consolation final is a party for everyone. For Croatia, which still closes a World Cup on the podium, confirming that it is one of the best equipped and solid teams on the scene. And for Morocco, the big surprise of this edition. A surprise full of excellent players and with a great desire to emerge to inspire an entire continent. Scoreboard in hand, Croatia-Morocco is decided by a pearl from Orsic, but Regragui’s men still come out of the field with their heads held high, showing play organization and quality. Of course, the gap between Ziyech & Co. and the 2018 vice-world champions is there. Especially in terms of personality. But the Qatar 2022 “finale” confirms that the direction taken by Morocco is the right one.

For his last outing in Qatar, Dalic leaves the bruised Brozovic on the bench and opts for a fluid and dynamic 4-4-2. With nothing to lose and chasing an historic result, Regragui instead opts for a front-wheel drive 4-3-3 with El Khannouss and Sabiri alongside Amrabat. At a good pace and with few tactics, the teams started strong playing openly and scoring two goals in less than ten minutes. Gvardiol broke the deadlock by heading in a perfect pattern from Croatia’s free-kick, then Dari immediately equalized the score by anticipating Livakovic after deflecting another set piece. Call and response that lights up the match and enhances the qualities of the singles. On the one hand it is Modric and Perisic who set the pace and invent, on the other hand it’s up to El Khannouss to shake up the lines together with Ziyech and Boufal. Short and compact, Morocco closes the passing lines well, leans on Amrabat and restarts pushing above all to the right. Croatia, on the other hand, relies entirely on possession and reasoned maneuvering looking for superiority over the wingers. A right foot from Stanisic goes high, then Bounou blocks a central header from Kramaric and blocks a poisonous left foot from Modric. Opportunities to which Regragui’s men respond blow by blow clinging to the plays in the strait of singles. En-Nesyri positions himself badly on a cross with Hakimi’s rev counter, then Boufal fails to finish a great combination with Ziyech and El Khannouss on goal. Up to half an hour the match is played at a high pace, but the match remains balanced. Then Croatia raises the center of gravity, increases the pressure and at the end of the first half pushes the ball through Orsic. Served in the area by Livaja, Dinamo Zagreb’s international beat Bounou with a magic right foot that touches the post and enters the goal. Shot that mocks Morocco and closes the first half of the game.

The second half began with Chair entering the field in place of Sabiri and with another attempt by Orsic that frightened Bounou. Croatia keeps the ball in hand at a good pace, but Morocco holds the punch by verticalizing for En-Nesyri and holding on to Ziyech’s left foot, centered by Regragui to give more quality to the maneuver. With the advantage, Dalic’s men manage possession with precision with Modric and Kovacic in the median and try to place the knockout blow. Up front, however, there is a lack of malice and precision and Morocco remains in the game. Thanks to a couple of physical problems, Regragui throws Ounahi, Zaroury, Benoun and Amallah into the fray. Dalic instead brings in Vlasic, Petkovic and Pasalic. Moves that change the inertia of the match a bit and light up the ending. More aggressive, Morocco gains meters and pushes. Croatia, on the other hand, retreats, covers up and plays a throw-in. A right foot from Vlasic goes high, then the referee Al Jassim lets go of a very dubious contact in the area between Gvardiol and Amrabat. Episode that slightly anticipates a super intervention by Livakovic on En-Nesyri. A save which, together with a missed goal by Kovacic and a high header by En-Nesyri in added time, closed the match. After second place in 2018, Croatia made no mistake in the finals in Qatar and “consoled” themselves with third place. Morocco, on the other hand, ends a fabulous World Cup with its head held high.

THE STATISTICS
– Croatia have won both third-place finals at the World Cup since 1998 against the Netherlands (2-1, again).
– Croatia have conceded for their 10th consecutive World Cup knockout match, after not conceding in their first two.
– A European national team has won the final for third place in each of the last 11 editions of the World Cup: the last non-European one was Brazil in 1978 (2-1 vs Italy).
– Only Lionel Messi has been involved in more goals (16) in the last three World Cups (since 2014) than Ivan Perisic (11 – six goals, five assists).
– Morocco have lost two matches in a row after going unbeaten in the previous six (W3 D3) World Cup.
– Josko Gvardiol is the youngest player (20 years, 328 days) to score for Croatia at the World Cup: the previous record belonged to Ivica Olic, in 2002, against Italy (22 years, 267 days).
– Only Ivan Perisic has taken an active part in more goals (4) for Croatia than Mislav Orsic (3) in this World Cup, despite the one against Morocco being Orsic’s first match as a starter (out of six total) , in the World Cup.
– Only 112 seconds elapsed between the goal scored by Josko Gvardiol and the one scored by Achraf Dari.
– Morocco defender Achraf Hakimi had 27 tackles at the 2022 World Cup, a tournament record since Javier Mascherano (30) in 2014.
– Croatia have scored twice in the first half of a World Cup match for only the third time: the last two this season (against Canada and Morocco).
– Luka Modric and Ivan Perisic have started all 17 of Croatia’s World Cup matches over the past three editions (2014, 2018 and 2022). Furthermore, ahead of the final between Argentina and France, Lionel Messi is the only other player to have made as many World Cup appearances (17) in the period.
– No player has played in more matches in a single edition of a World Cup than Luka Modric, after the age of 37: seven, Peter Shilton (1990) and Dino Zoff (1982).

David Martin is the lead editor for Spark Chronicles. David has been working as a freelance journalist.
Previous “Maybe he’ll have a cameo, but 10% on the proceeds with cabbage”
Next Pierre Cardin Venice the new collection in the Centenary