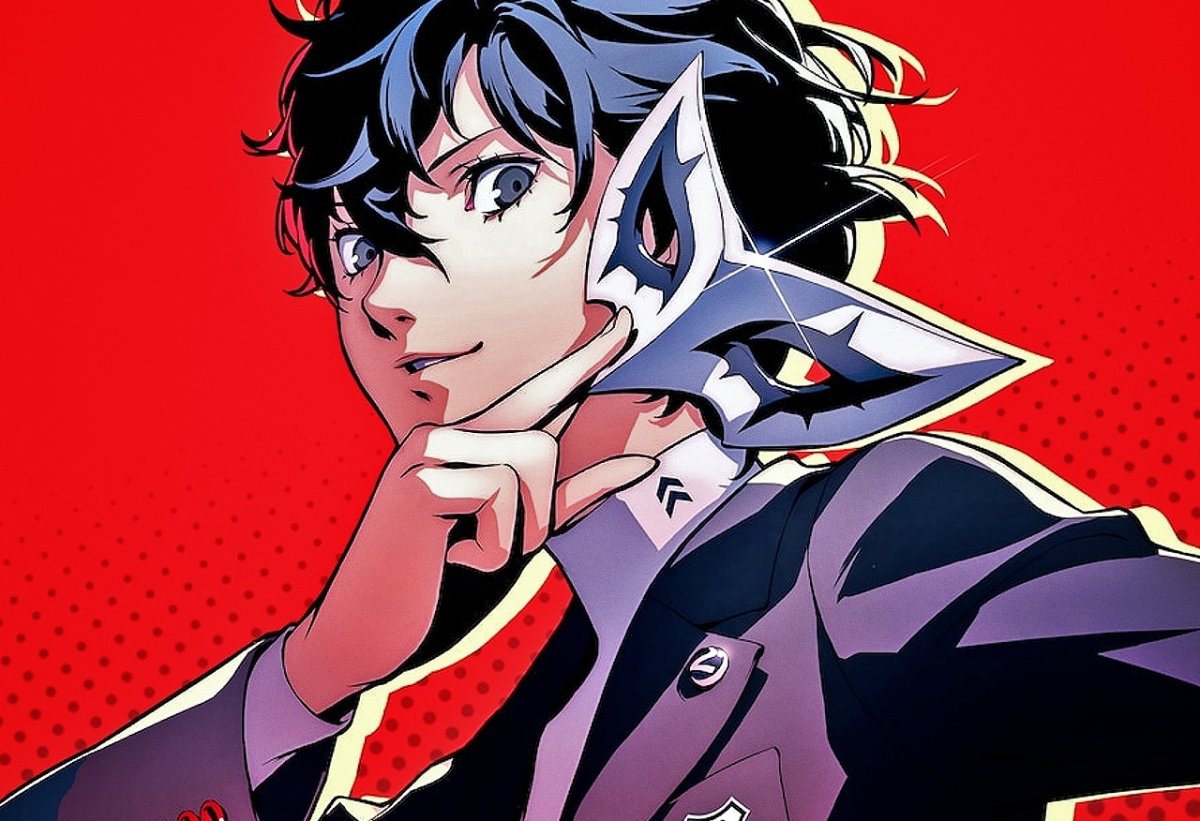 Xbox Game Pass, October 2022: The games of the second half of the month for subscribers

Let’s do the usual overview of Xbox Game Pass games coming to subscribers in the second half of October 2022.

The month of October 2022 continues to be particularly rich for Xbox Game Passwhich is further confirmed by one second wave of games of great interest, in this case with a certain shift towards horror, as befits the period of approaching the day of the dead … ah no, on Halloween. In this case, we are talking about 8 new games, which are added to the already rich first delivery of October 2022, again with a certain predominance of indie or similar matrix titles, but also with a large-caliber game like Persona 5 Royal, going to compose a particularly varied and substantial offer also for this end of the month.

The predominant theme, we said, is horror, which fits perfectly with the advent period Halloween: practically half of the new games arriving in the catalog belong to the genre in question, thus giving satisfaction to all fans who will be able to celebrate the themed period in the best possible way. For the rest, the arrival of Persona 5 Royal represents an event of considerable importance, being the first chapter of the Atlus series to land on Xbox (as regards the regular series of JRPG) and the direct launch on Game Pass demonstrates, one more time, how this platform is the one chosen by Microsoft to seek an important relaunch in Japan. Waiting to see how it will go, let’s enjoy this second wave of October games, also remembering the 8 games that will leave the catalog on October 31, 2022.

The review of Halloween horror on Game Pass begins with Amnesia: Collection, and it’s a really good start, as the Frictional Games series is definitely one of the pillars of the “new wave” of modern survival horror. The new style of the genre, focused more on exploration and stealth action, with the protagonist almost helpless in the face of overwhelming threats from which he is usually forced to hide and flee, is in fact usually traced back to the first Amnesia, which perhaps represents the best representation of this concept. In addition to the first chapter, the Collection also includes the second chapter Amnesia: A Machine for Pigs and the expansion Amnesia: Justine. The latter fail to achieve the disruptive impact of the progenitor, but still provide additional elements to compose the dark picture of the series, which is inspired by the classics of Lovecraft to stage experiences that have become fundamental to understand the new trends of the genre in video games.

Perhaps the purest sequel to the original experience it came with Amnesia: Rebirth, real third installment of the trilogy and generally very faithful to the spirit of Dark Descent. Set in the 1930s, in Algeria, Rebirth follows the story of the archaeologist Anastasie “Tasi” Trianon, who fell in the desert during an expedition to Africa in the middle of the colonial period. Determined to find her husband and the other members of the mission, she begins a hallucinating journey among ruins and testimonies of ancient civilizations that conceal metaphysical horrors, with bizarre connections to alien worlds and ancestral divinities. It is easy to see, even in this case, some reminiscences of the Lovecraftian horror tradition and the desire to mix the strengths of Amnesia with those of Soma is clear, but the result is less incisive of the two titles in question, for an inevitable decline. in the originality of the game solutions, as also visible in our review of Amnesia: Rebirth.

The exploration of mysterious temples full of obstacles and traps is a real classic of video games, so its recovery is natural in the new indie experiments, which often exploit the classic foundations to build something new and original. This is exactly what it is Phantom Abyss, currently in Game Preview and its absolute debut directly on Game Pass: it is a first-person action game that sees us explore numerous procedurally generated temples, which we can only explore once in search of the most coveted and well-protected treasures. The basic feature of the game is its being an asynchronous multiplayer: players compete against each other, also taking advantage of the “ghosts” of previous attempts in order to avoid falling into the traps that have been lethal for others and trying to maximize the score for the single game they have available for each temple.

Staying in the horror arena, we can experience one of the best experiences of the genre with Soma, truly a valuable introduction to the October Game Pass catalog. After the experience of Amnesia, Frictional perhaps reached the pinnacle of its production with this first-person adventure in a sci-fi setting, which places us in a truly unique situation, in an underwater science base dominated by machines and artificial intelligences, later to a mass extinction. The story is full of twists and turns and sees us explore the maze of various laboratories on a desperate mission to preserve, at least, the memory of humanity, placing ourselves in front of moral choices of a certain weight and taking part in a particularly environmental narrative. interesting and complex. The “Safe” mode, however, also allows you to enjoy the story without having to get too caught up in the anxiety of survival. Read more in our Soma review.

The luxury title of this second October release on Xbox Game Pass is undoubtedly Persona 5 Royalnot only for the – very high – value of the game itself but also for what it represents, being the first port of the famous Atlus series on the Xbox platform.

Universally considered one of the best JRPG ever, the game stages the adventures of a group of kids who find themselves alternating their standard identity as students of a Tokyo high school with the nocturnal ones of “Phantom Thieves”, a sort of super – heroes acting in a parallel dimension to try to solve real world problems by acting on the mind and “heart” of various problematic characters.

Beyond the good gameplay system, what is striking about Persona 5 is the way it captures us in its narrative, making us part of a truly interactive anime. The Royal version also introduces several new content between characters and additional and an additional semester with parts of the story unpublished compared to the original, reaching an even higher level as reported in our review of Persona 5 Royal.

Chances are you’ve never heard of it, but the series Frog Detective can count on a small group of fans and it is enough to see the ratings on Steam to realize it, although these tend to be ironic themselves, like the game itself. In all this meta-irony, at the center we still find a series of graphic adventures that really deserve not to be missed, also because they do not last long and can therefore be enjoyed in full without taking a lot of time. The Entire Mystery includes all three chapters of the series: The Haunted Island, The Case of the Invisible Wizard and the new Corruption at Cowboy County, whose release corresponds with the launch of the series on Game Pass. The stories always see our detective frog as the protagonist, engaged in various mysterious cases with the help of her brilliant intellect, her trusty notebook and the inevitable magnifying glass. Everything is constantly filtered through both an ironic and a dreamy vision, making the games perfectly enjoyable by users of all ages, through different levels of reading.

After collecting consents on PC and mobile, Gunfire Reborn also arrives on Xbox Game Pass with its first console version, bringing with it its hybrid formula between first person shooter, RPG and roguelike (or better “roguelite”). Playable in single or cooperative multiplayer, it involves crossing four areas characterized by different environments, each divided into numerous levels generated in a procedural way, with a boss at the end of each of these. The gameplay loop is reminiscent of Risk of Rain, or even Enter the Gungeon in some respects: the progression through the levels allows you to collect money and essence, which can be invested in the improvement of weapons and equipment that allow you to go even further, according to the roguelike dynamic which then requires starting from the beginning at the moment of the game over, except to keep some of the accumulated progress. If you get caught up in the mechanism, even Gunfire Reborn can be irresistible, represented by a particular characterization.

Just to stay on the subject, here we are in front of another horror, even if this one really has a twist of its own. Signalis falls into the category of survival horror, but it presents itself in a very particular way: it is an adventure with action and survival elements in a sci-fi setting, in which the protagonist Elster finds herself having to explore an extraterrestrial scientific station and, at the same time, discover a mysterious secret that looms like a dark threat over all of humanity. Fighting disturbing creatures and solving puzzles, Signalis is a disturbing and also particularly stylish experience, also given the graphic solution that mixes the pixels to the 3D setting, recalling classics of the genre ranging from Project Firestart to System Shock but with a rather unique characterization . This also seems like a great way to celebrate Halloween, plus the absolute debut on Xbox Game Pass, being a day one launch in the catalog.

He likes dogs, pizza and popcorn. Already a fanboy of Nintendo and Sony, but today throws anything. He has collaborated on sites and magazines such as GameBlast, Nintendo World, Hero and Portal Pop, but today is dedicated exclusively to Spark Chronicles.
Previous Colorectal cancer, new strategy against liver metastasis – Medicine
Next Electric Toyota bZ3 and Toyota C-HR: information, previews, data