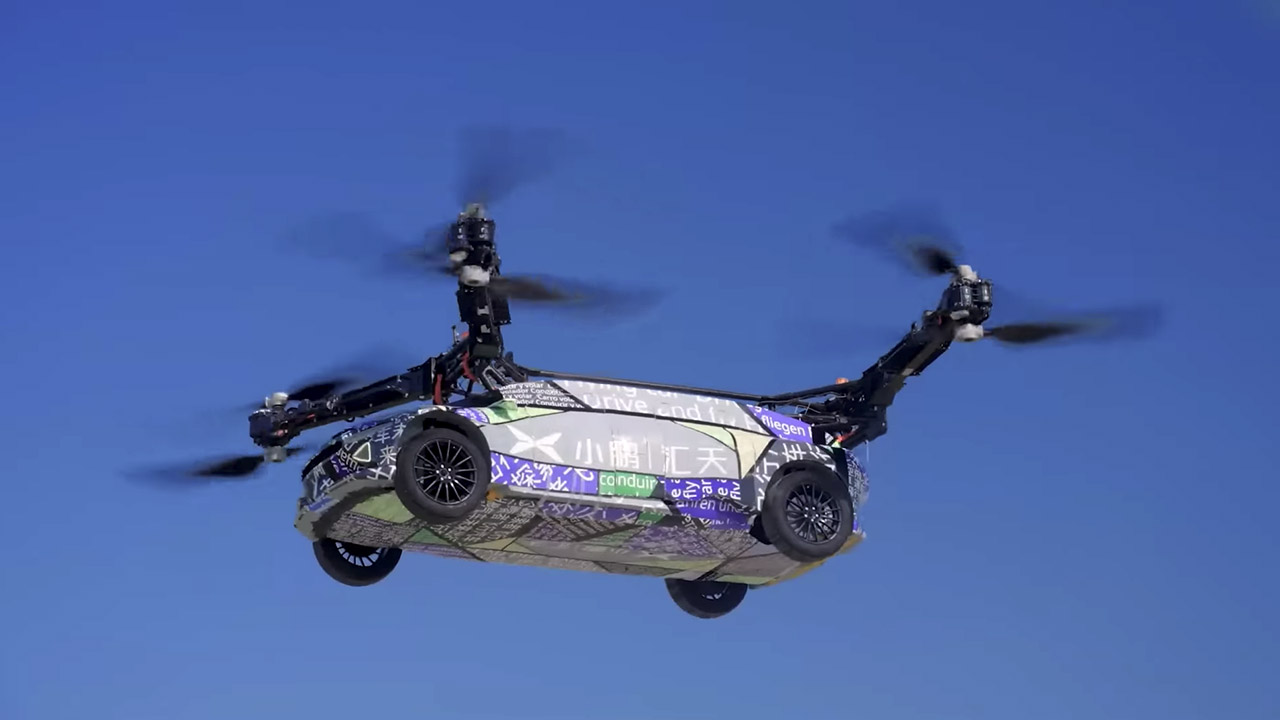 XPeng really did it: the first real flying car takes off

A few days ago we presented the report of the event in which the Chinese XPeng showed several innovations regarding electric cars, but not only. One of the most closely followed projects is that of division AeroHTwhich arrived at the sixth generation of the flying car. Precisely this last version can be called so by law, in that really similar to a normal carable to move on the road, but also equipped with a multirotor group for flight (electric).

During the conference XPeng had also stated that he had performed the first real flight tests, but the images were still missing. Today we can finally show you these shots, which reveal a car similar to the renderings, albeit clearly in the prototype stage and heavily disguised. Here is the video:

These are very simple maneuvers, but the intuition to modify what looks like a normal car may be the move that makes all the difference. For many other brands, in fact, “flying car” almost always means something more like a big dronewith no chance to move around the streets.

The sixth generation of XPeng, on the other hand, was designed precisely to be a car capable of breaking the barrier of two dimensions, and also moving into a third, that of flight. The Chinese company has also shown on several occasions that it is capable of completing its projects, and that it has a truly capable team of engineers.

The variety offered by video games never ceases to amaze him. He loves OutRun's drifting as well as the contemplative walks of Dear Esther. Immersing himself in other worlds is an incomparable feeling for him: he understood it by playing for the first time in Shenmue.
Previous Lily Collins, all about the Emily in Paris actress. Video
Next present all of Rome between jazz and tears